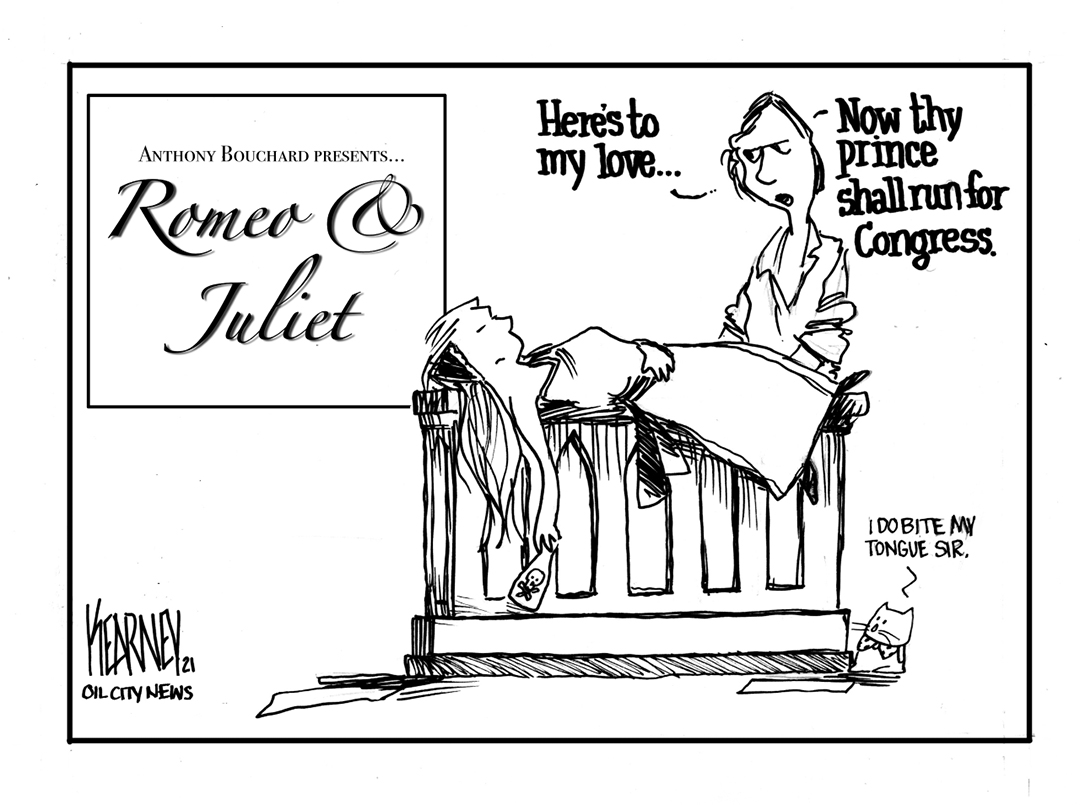 Wyoming Sen. Anthony Bourchard recently admitted to impregnating a 14-year-old when he was 18. (Greg Kearney)

Oil City News welcomes opinions and letters as a community service. They don’t necessarily reflect the opinions of Oil City News and its employees. Click here to submit a letter for consideration.

With the excommunication of Wyoming Congresswoman Liz Cheney from the Republican Party leadership, what was intended to be a sleepy mid-term political season is shaping up to be a bellwether for what Wyoming looks for in a congressperson.

Most of Cheney’s primary challengers seem to be running on a platform of partisan purity, which is exactly what the political parties want. Don’t fall for it. While 70% of the state was disappointed with the results of the 2020 election, we have more important issues facing our state than preserving former President Donald Trump’s political legacy.

Globally the U.S. is ranked 73rd in maternal mortality, 41st in life expectancy and 45th in child mortality. Put more bluntly, it’s more dangerous to live in the U.S. today than it was in the past.

Yet Wyoming manages to underperform even our dismal national averages. Among the 50 states, we are 46th worst for deaths due to cancer, and have the 44th highest rate of diabetes. More Wyoming residents per capita die by suicide than any other state in the union.

Meanwhile our state is facing a fiscal cliff, our drinking water is at risk and 10% of our bridges are so structurally deficient that they require repair or rebuilding.  As our national energy grid shifts from coal, we have communities that are in danger of becoming ghost towns.

While government is not the solution to everything, it does matter. Which is why I looked back at nearly 100 years of data to review congressional voting patterns. I found that for the first 50 years of the last century, congress members routinely voted with the other party to pass good policy.

For example, when President Richard Nixon signed the Clean Air Act in 1970, the Senate passed it without a single nay vote, and in the House only one person voted against the bill. When George H.W. Bush signed the updated act, it passed the Senate 89 to 11. Under a Republican president, the Endangered Species Act sailed through the Senate unanimously and through the House 390 to 12. Even when lawmakers were not exclusively of one mind, like when Medicare passed in the Senate 70 to 24, senators didn’t sort solely by partisan affiliation — fully a quarter of those voting disagreed on the policy and crossed party lines in both directions.

Laws like these were passed while congressional party leadership changed hands, presidents of both parties occupied the White House, a war raged in Vietnam and Nixon resigned under threat of impeachment. That’s what a functioning democracy looks like.

But decades of sorting the electorate by party purity have ground our system to a halt. No Democrats voted for Trump’s 2017 Tax Cuts and Jobs Act, and not a single Republican voted for the Affordable Care Act. Under President Barack Obama, the U.S signed the Paris Accords and cancelled the Keystone Pipeline, only to withdraw from the accords and approve the pipeline under Trump, so that four years later we can rejoin Paris and re-cancel Keystone under President Joe Biden — in the process whipsawing the Wyoming economy. This is what a non-functioning democracy looks like.

Over the last generation, the political industry has carefully sorted us by tribe, creating a historic shift in how we view ourselves and in the process grinding government to a halt. In 1980, only about 12% of U.S. counties voted overwhelmingly for one candidate (20 points or more). Today our neighborhoods are sorted so strongly along party lines that “landslide” counties have risen to a majority—  55%. Today we more strongly associate with our political party than our religion. Which is just how they want it.

Government cannot solve all our ills, but it does serve a role. And over the last half century it has been increasingly absent from the scene, unable to accomplish anything other than to perfect and refine a duopoly that fuels the parties’ interests while failing to fulfill their mission.

Which is why the party apparatus would like Wyoming to base its next vote on party purity instead of issues such as Medicaid expansion, how to balance our state budget or what specifically we need to do to expand our economic base.

As voters, it is our job to pay attention and support candidates who want to create good policy (regardless of who first thought of it) instead of those using division as the tool for winning elections.

I don’t know how I will vote in 2022, but when I decide it will be based on what is best for Wyoming towns like Gillette, Rawlins and Glenrock … not Mar-a-Lago, Florida.