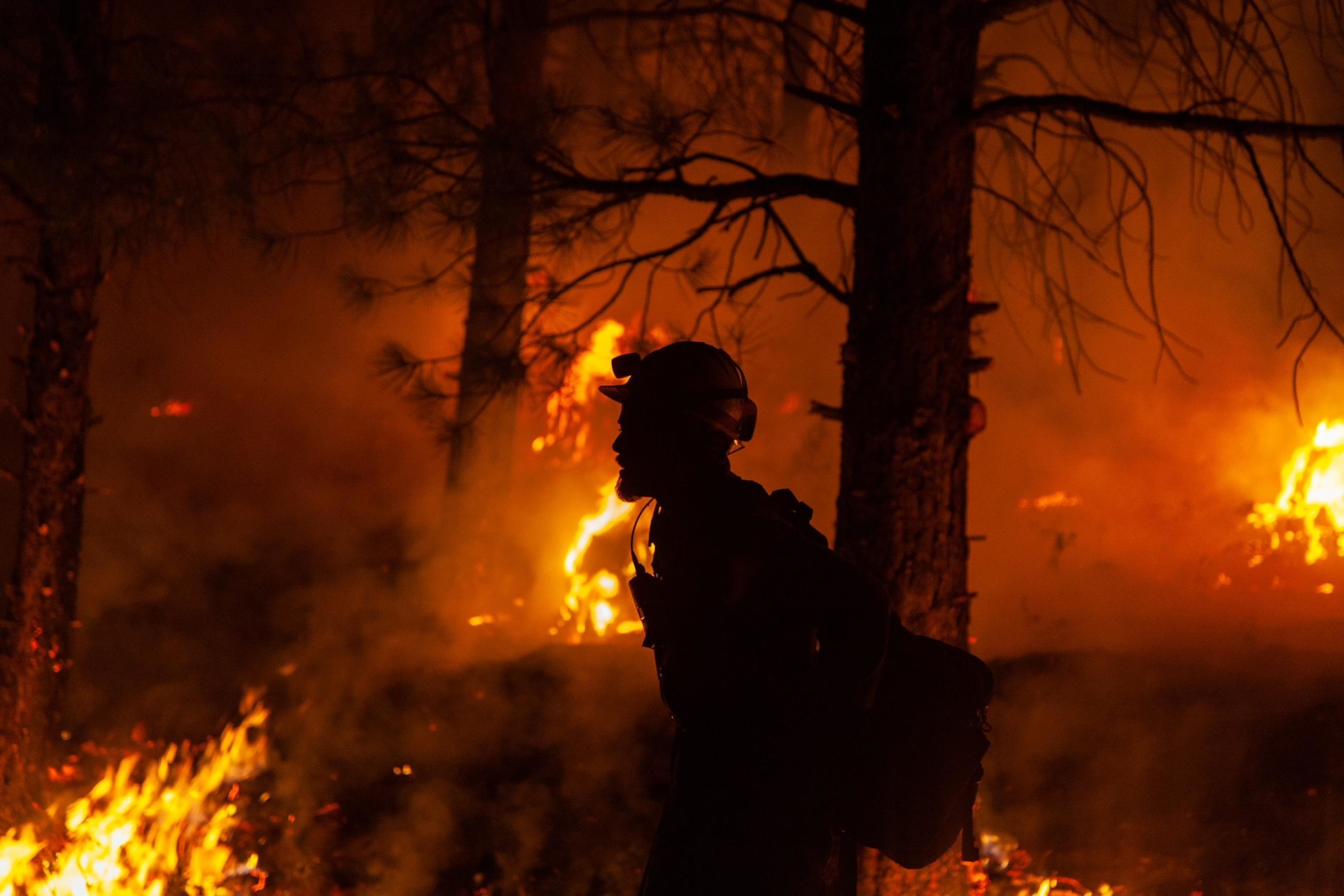 A firefighter works overnight on the Bootleg Fire, a 537-square-mile wildfire burning 300 miles southeast of Portland in and around the Fremont-Winema National Forest. (Inciweb)

The West is burning and politics are fanning the flames

As smoke from summer Western wildfires spreads all the way to Maine, the entire country finally realizes what the West has long known: America’s forest-management policies are not working.

This record-breaking fire season has seen more than 5 million acres burn in 81 large fires across 10 states. California’s Dixie Fire has torched more than 700 homes and now totals nearly 1 million acres. It is approaching the size of Rhode Island. Oregon’s Bootleg Fire is now so large it’s generating its own weather, including lightning.

In my home state of Wyoming, 20,000 acres are currently burning in national forest areas, with more dry, gusty weather on the way.

The U.S. Forest Service (USFS) is in crisis mode and facing critical resource shortages, with 21,000 exhausted federal firefighters on the ground, more than double the number a year ago.

While thousands of the burning acres are grasslands, the majority of wildfires raging are in forested areas. And regardless of the cause – lightning, arson, a carelessly flicked cigarette – federal forest-management policies have made these raging infernos even worse.

For too many years, when it comes to federal forests, radical environmentalists and beholden political appointees have had an all-or-nothing “don’t touch” approach. This has done far more harm than good, and has resulted in unhealthy forests.

Extremist groups regularly file lawsuits to prevent clearing underbrush and harvesting too-dense timber – which add fuel to fires – and bombard their unwitting followers with alerts about “logging on federal land,” as if our national forests were static museum exhibits.

Their policies have resulted in underbrush growing unchecked, and forests becoming denser and accumulating more dead biomass, which turns them into tinderboxes.

They are destroying our forests to “save” them.

Like many laws, the National Environmental Policy Act (NEPA) of 1970, which governs the federal government’s actions, began with good intentions. It requires federal agencies to assess the environmental impact of proposed actions before making decisions.

But NEPA is a study in unintended consequences. The act has been weaponized to require expensive and resource-consuming environmental analysis for even minor and commonsense solutions.

That is why I’ve introduced the “Stop CATASTROPHES Act” in the Senate. This bill, along with a House companion introduced by U.S. Rep. Dan Newhouse (R-Wash.), will improve forest health and reduce the risk of wildfires.

Under NEPA, federal agencies are allowed to issue a “categorical exclusion” from the environmental-analysis requirement if an action does not have a significant effect on the environment.

My bill would expand those exclusions to include the removal of noxious or invasive weeds – which often help fuel fires – the creation of fire breaks, allowing fencing to improve wildlife habitat, erecting erosion control devices, and managing hazardous fuels. It would also exclude from the law the creation of permanent infrastructure such as stock ponds.

The legislation would also increase acreage caps in these exclusions to 10,000 acres, to better allow these forest-management activities to be covered.

On the contrary, simple, commonsense actions like those in my bill would actually help save our forests and protect our environment, which was the entire point of NEPA.

As my colleagues return from their summer vacations with complaints of smoke-obscured vistas, I hope they stop and consider what we in the West have known for decades: More of our treasured forests are going up in smoke each year, and our forest-management policies are fanning the flames.

U.S. Senator Cynthia Lummis is a Republican from Wyoming, and sits on the Senate Environment and Public Works Committee.