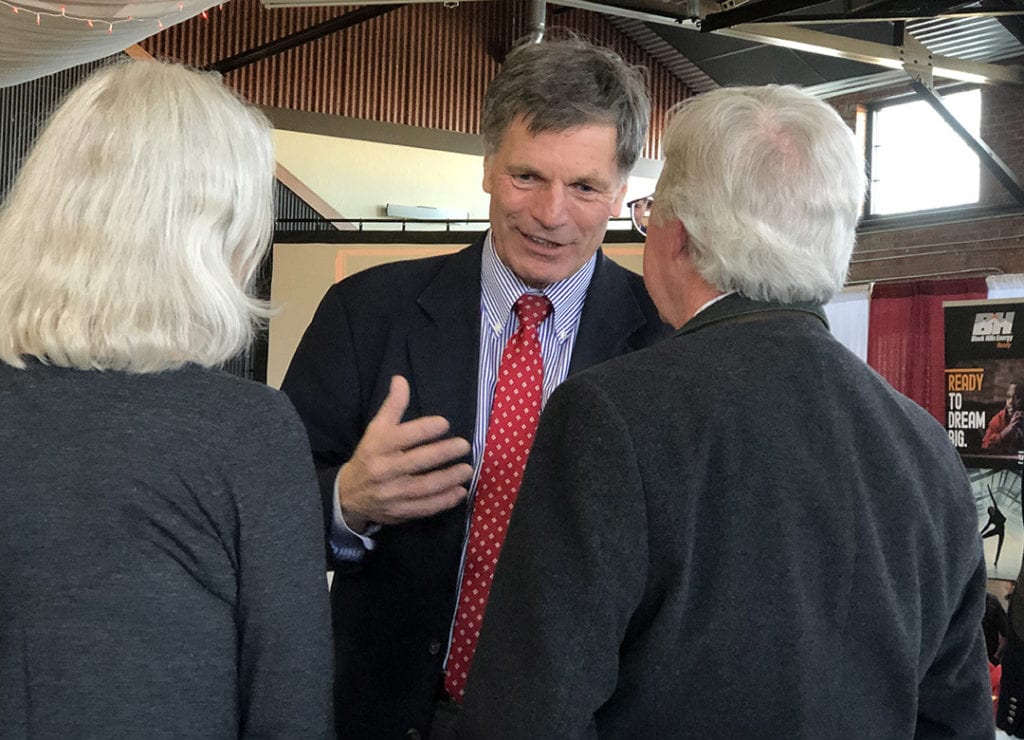 In a recent op-ed about the Biden administration’s forthcoming vaccine regulations, Governor Mark Gordon wrote, “Big government is a cancer.” As a woman who has lived with metastatic breast cancer for over three years, I am disturbed by this cruel and inept metaphor. It doesn’t strengthen the governor’s argument, continues to stigmatize cancer and those with cancer and only serves to inflame the political polarization in our country right now.

I understand the temptation to use this metaphor. As defined by the New Oxford American Dictionary, cancer is an “uncontrolled division of abnormal cells in a part of the body.” To a small-government advocate believing that uncontrolled government growth leads to profound dysfunction, loss of individual rights and a sick society, the comparision’s appeal is obvious.

But taking a closer look at cancer reveals the cruelty of the metaphor. Although some types of the all-too-common malady can be cured and other types of cancer can be managed so that people can live longer, it still kills way too many Americans and Wyomingites. It is a scary disease often treated with invasive procedures like surgery and life changing therapies like chemotherapy and radiation. Uncertainty dominates the lives of those with cancer as they wonder about the cancer returning and leading to their death. Indeed, although this is changing, the word “cancer” has been difficult for many to even utter and is often shortened to “the C word.”

Putting aside the argument about whether government should be big or small, government is our collective effort to better society. Indeed, the United States Constitution, which we revere regardless of party affiliation, starts with one of our most well-known and oft repeated sentences:  “We the People of the United States, in Order to form a more perfect Union, establish Justice, insure domestic Tranquility, provide for the common defence, promote the general Welfare, and secure the Blessings of Liberty to ourselves and our Posterity, do ordain and establish this Constitution for the United States of America.” It’s an aspirational sentence, and we clearly do not always meet this ideal, but this is what our federal government is all about: A collective approach to ensure we all have a chance at safe, happy and productive lives.

In contrast, cancer’s ultimate outcome is destruction, decay and death. Believe me, government, despite our differing ideas about how big or small it should be, is nothing like cancer. Neither side of the aisle has killing our citizens as its goal. Nor should government be feared in the way that cancer is feared. And I only wish that my cancer somehow wanted me to have a safe and happy life.

Further examination of the metaphor beneath the sound bite may be instructive. Ironically, we often think of cancer as the enemy, the other that must be fought. However, cancer cells are our own cells gone rogue. They are us. Moreover, in cancer, microenvironments within our bodily tissues can impact the development and spread of these abnormal cells. These microenvironments can be healthy, suppressing and stopping abnormal cell growth. Or they can be unhealthy and allow for uncontrolled cell division.

“We the People” are truly divided in ways I have not seen in my lifetime. Far too many of us see those in the opposing party as other, something to be fought. We can choose to continue to let our microenvironments, our Wyoming communities, deteriorate by promoting uncontrolled division and fighting over issues that do not benefit us over the long term. Or we can choose to support communities to allow for vibrant growth and health. This requires asking a different question. Not about what size government should be, but how to maintain an effective government that partners with business, nonprofits, foundations and other segments of our society to advance the goals articulated by the founders in that first sentence of the Constitution.

We have strong libertarian tendencies in Wyoming; however, we can all agree that having a functioning government that ”promotes the general Welfare” is a good thing. We value safe roads and bridges, well-trained firefighters, public education and regulations that protect us from foodborne diseases because they improve our lives. These are not government actions to be feared or dreaded. Government, done right, gives us the freedoms we cherish — freedoms both to and from — that are often denied in other countries. There are other areas of government involvement in health care, child care and climate change that should be thoughtfully considered as we continue to pursue the lofty goals of our Constitution.

Governor Gordon, words do matter. I urge you to think about the words that you choose, especially during these polarized times. Government, regardless of its size, is NOT a cancer. Cancer kills, government supports. The “best” cancer is one that evades treatment, spreads rapidly and kills effectively. The best government is not the smallest nor the largest, but one that meets the goals articulated by the founders in the Constitution. As an elected leader it is your job to work toward those goals. Today, it is especially important to do so in a manner which directs us toward domestic tranquility rather than purposely inflaming polarization with the cancer metaphor.

This column was originally published by WyoFile and is republished here with permission. WyoFile is an independent nonprofit news organization focused on Wyoming people, places and policy.