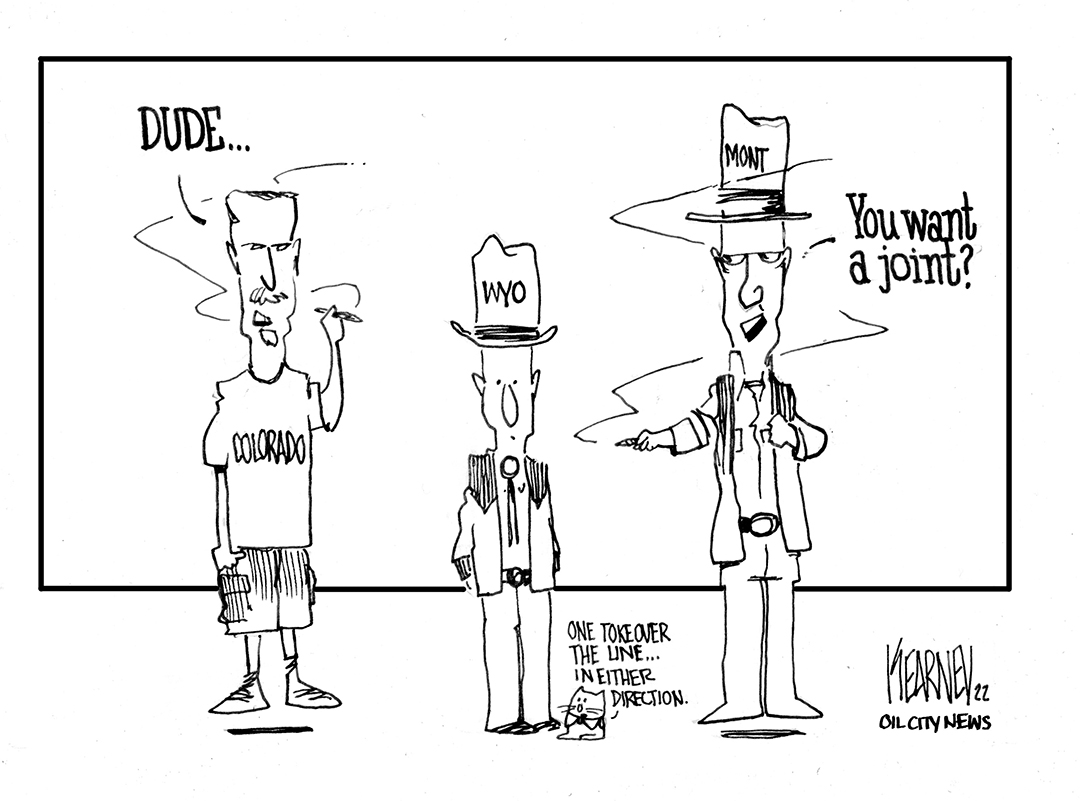 This was written by Martin Niemoller, a German Luthern pastor in the 1930’s referring to Adolph Hitler and the Nazi Party, and nobody listened.

If just interchanged the words ‘socialists’ to ‘muslims’ and ‘trade unionists’ to ‘brown immigrants,’ and Jews to ‘black lives matters,’ you have Donald Trump and the Republican Party.

It seems to me that instead of rebuking Cheney, Wyo. should be praising her for what she is doing and has been doing.

James Madison told us we are a nation of the constitution and laws, not a nation of a narcissist, and an insurrection. Mike Pence recognized that. Cheney does too.

My mother and mother-in-law were involved in the club before it was called ART 321. Artists enjoyed participating in show and brought old and young. No longer!

Why would I go watch someone self mutilate as a performance? That is sick and demonic.

In March, when I was notified by SS of a so-called overpayment, I called the Social Security office and asked what kind of benefits I was receiving, because in 2018 I had received paperwork starting I was receiving Supplementary Income as a Disability Individual and Retirement.

At that time, the gentlemen I talked to stated my benefits was as the paperwork stated. Confused because I was also told by this gentleman in 2018 that if receiving disability I did not have to claim winnings or a inheritance. So now that they have accused me of this over payment and have taken all my income from June thru Nov.

I again call talk to the same gentlemen who tells me my benefits are SSDI (Social Security Disability Insurance) which don’t concern winnings, but that I’m receiving SSDI social security supplement for disability does care and that I’m not receiving retirement as of yet.

Sorta strange how paperwork and his statement in 2018 claiming I was receiving retirement now has changed.

At 66 years of age he stated I was just about there. Do they actually change your benefits to fit their budget? To me this is fraud.  They are the ones scamming and defrauding the elderly and SS clients. I have several documents  from 2018 stating I’m receiving SSDI and Retirement.  And yet the same employee that verified my benefits in 2018 and again March 2021 Is now claiming a different benefit.   I believe SSA here in Casper changes rules and benifits when ever it fits their needs.  Everyone needs to check your benifits, sometimes mistakes are made. Getting the SSA office to admit their mistake is another.