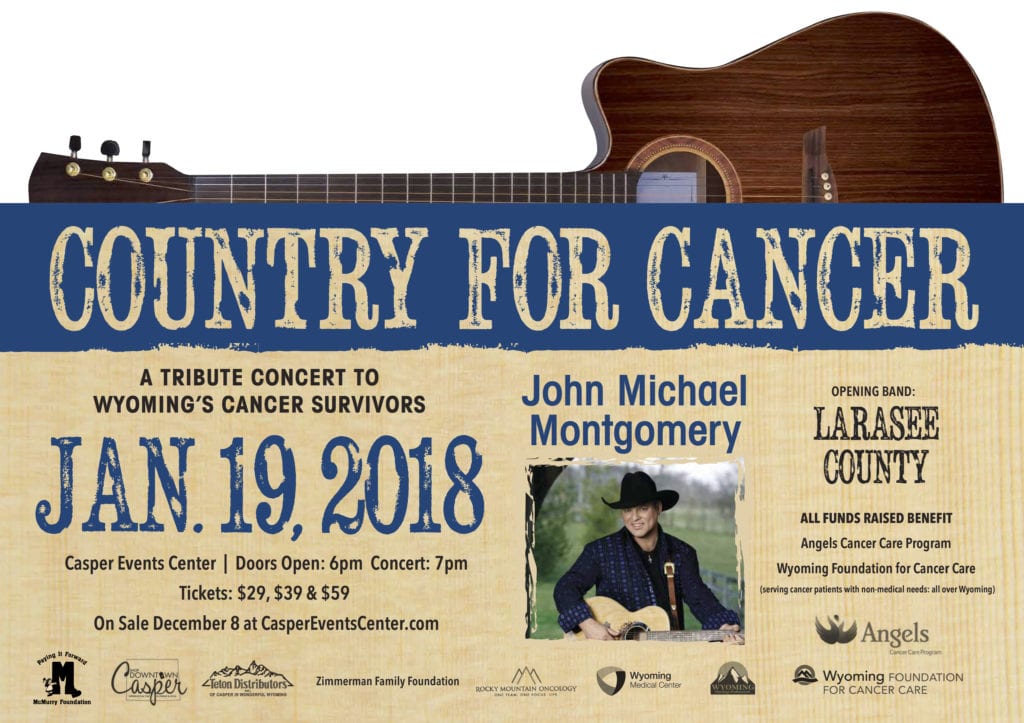 The annual Country for Cancer concert is back on Friday, January 19, 2018 at the Casper Events Center. This year’s featured artist is country music singer JOHN MICHAEL MONTGOMERY. The concert will benefit the Angels Cancer Care Program and the Wyoming Foundation for Cancer Care who helps cancer patients of Wyoming with non-medical needs.

John Michael Montgomery has turned an uncanny ability to relate to fans into one of country music’s most storied careers. Behind the string of hit records, the roomful of awards and the critical and fan accolades that have defined his phenomenal success lies a connection that goes beyond his undeniable talent and his proven knack for picking hits. Since the days when “Life’s A Dance” turned him from an unknown artist into a national star, John Michael’s rich baritone has carried that most important of assets–believability. Few artists in any genre sing with more heart than this handsome Kentucky-born artist.

It is readily apparent in love songs that have helped set the standard for a generation. Songs like “I Swear,” “I Love the Way You Love Me” and “I Can Love You Like That” still resonate across the landscape–pop icon and country newcomer Jessica Simpson cited “I Love The Way You Love Me” as an influence in a recent interview. It is apparent in the 2004 hit “Letters From Home,” one of the most moving tributes to the connection between soldiers and their families ever recorded, and in “The Little Girl,” a tale of redemption that plumbs both the harrowing and the uplifting. It is apparent even in the pure fun that has always found its way into John Michael’s repertoire—songs like “Be My Baby Tonight” and “Sold (The Grundy County Auction Incident),” where John Michael’s vocal earnestness takes musical whimsy to another level. Now, with the release of Time Flies, which he co-produced with Byron Gallimore, John Michael takes another big step forward, strengthening his position as one of the most versatile and compelling vocalists on the country scene. With songs like “Forever” and “If You Ever Went Away,” he proves he is still the master of the power ballad, a man capable of bringing honest emotion to life in song. He brings his ever-present sense of humor to bear on “With My Shirt On” and “Mad Cowboy Disease,” songs with wickedly skewed sensibilities. With songs like “Drunkard’s Prayer” and “All In A Day” he explores two dramatic facets of human existence, and with “Brothers Till The End,” John Michael celebrates the family background that led both him and his brother Eddie, of Montgomery Gentry, from a small-time family band to the top of the charts. 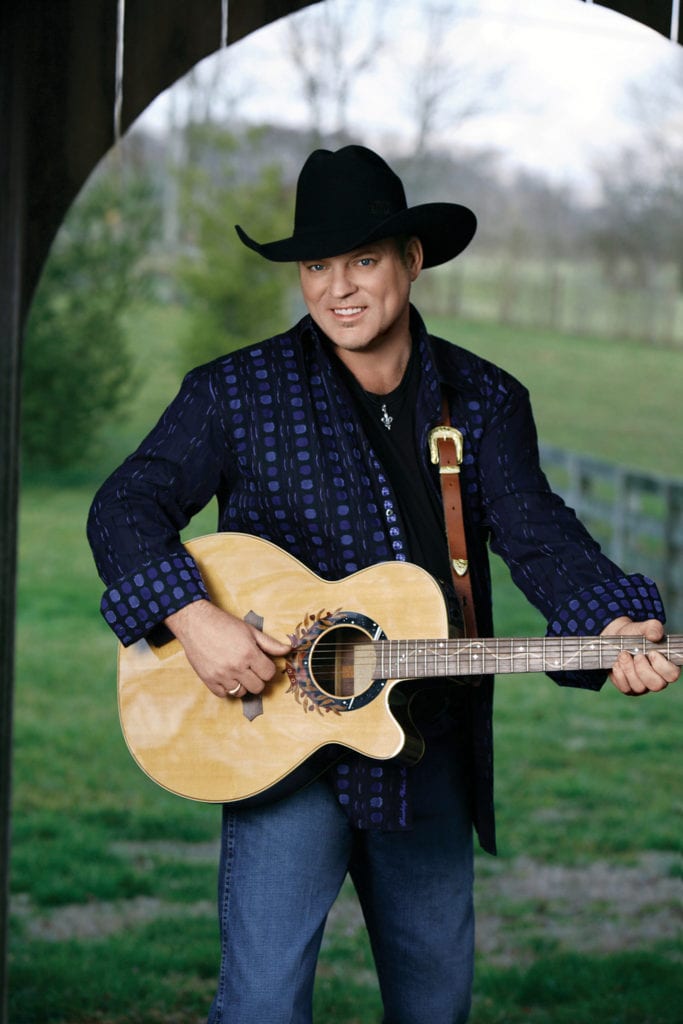 Country for Cancer is an annual tribute concert for Wyoming’s cancer survivors. Country for Cancer raises money for the Angels Cancer Care Program and Wyoming Foundation for Cancer Care.  The Angels serve hundreds of cancer patients every year, in addition to relieving the tremendous burden experienced by caregivers. Since 1998, they have existed through the generosity of volunteers and donations. This program has a rich history of addressing the varied concerns of cancer patients, which include offering emotional support, financial assistance, transportation, and medication retrieval. The Angels are cancer survivors, friends, family members and neighbors who provide this array of services to cancer patients and their caregivers so patients can focus on getting better.

Wyoming Foundation for Cancer Care exists to help support patients with non-medical needs that arise, such as, lodging assistance; transportation; groceries; utilities and other needs. WFCC helps the community in other ways by working to provide free cancer screening events and cancer prevention education.

About Spectra
Spectra by Comcast Spectacor is an industry leader in hosting and entertainment, partnering with clients to create memorable experiences for millions of visitors every year. Spectra’s unmatched blend of integrated services delivers incremental value for clients through several primary areas of expertise: Venue Management, Food Services & Hospitality, and Partnerships. Learn more at SpectraExperiences.com.

About Comcast Spectacor
Comcast Spectacor is part of Comcast Corporation, a global media and technology company that operates Comcast Cable and NBCUniversal. Headquartered in Philadelphia, Comcast Spectacor’s three core businesses are the National Hockey League’s Philadelphia Flyers, the Wells Fargo Center Complex, and Spectra, a leading hospitality firm that provides Venue Management, Food Services & Hospitality and Partnerships to more than 300 client properties in the United States, Canada, and Singapore. Visit us at ComcastSpectacor.com for more information.