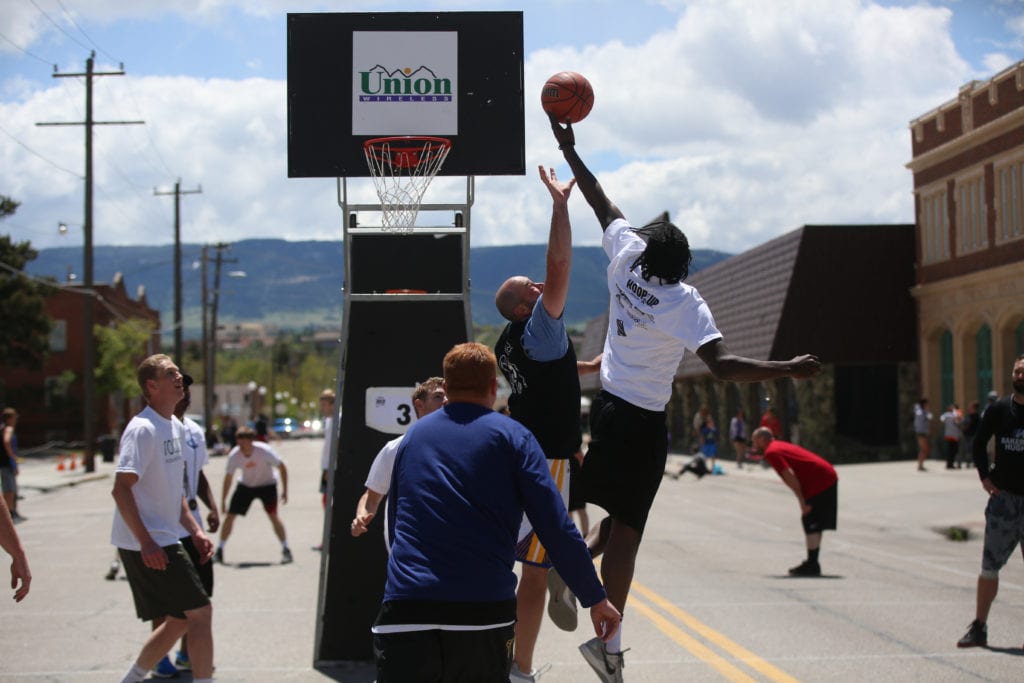 The winner of this year’s annual Foss Motors 3X3 Basketball Tournament will not only become a Wyoming state champion this Memorial Day weekend in downtown Casper, but there may be something even bigger on the line.

For the third consecutive year, Casper will host Wyoming’s biggest 3-on-3 basketball tournament, but 2018 is going to be a special year for the event. Not only is this is the first year that the tournament has been part of the Cowboy State Games, the official state games of Wyoming, but it will also be the first time that winners of select divisions will qualify for the 2019 USA Basketball National Championships. And another first? 3X3 Basketball will be featured in the 2020 Olympics.

“Our local tournament is one of the few qualifiers for the USA Basketball Championships, and we’re hosting an event that is approved by the FIBA basketball process for a sport that’s going to be part of the Olympics in Tokyo in 2020. It’s so exciting,” Cowboy State Games Director John Giantonio said.

Because the Foss Motors 3X3 Tournament is now officially affiliated with USA Basketball, Giantonio is expecting some fierce competition. Both men and women’s 18 and under divisions as well as the Men and Women’s Open winners are eligible to advance to 2019 USAB National Championships in Colorado Springs.

“We feel this is going to bring some great talent to our tournament. This will attract serious players from Colorado, Montana and across the region,” he said.

In addition to all of the exciting new possibilities for serious competition, this will remain one of Casper’s favorite family-friendly events. The tournament will be just up the block from Yellowstone Garage’s Cruizin’ with the Oldies car show, while the grand opening of the completed David Street Station, including the highly anticipated Splash Pad, will be happening during games.

“Not only is the basketball going to be better, but the whole experience is going to be bigger and better than ever. There will be music playing throughout the day, we’ll have food vendors and a completed David Street Station will be open. With all of these events, Memorial Day weekend is just going to be a great time to be in Casper,” Giantonio said.

The event kicks off Friday, May 25 with an opening ceremony and street dance from 7:30-9:00 p.m. on 2nd Street in front of David Street Station. In addition to other basketball-related contests over the course of the weekend, tournament participants are also invited to compete in a dunk contest Saturday, May 26 at noon for the chance to win cash prizes.

Team registration for the Foss Motors 3X3 is still open at http://wyoming3x3casper.com/. For more information on the tournament or any of the weekend’s events, contact Giantonio at john@visitcasper.com or 307.234.5362.