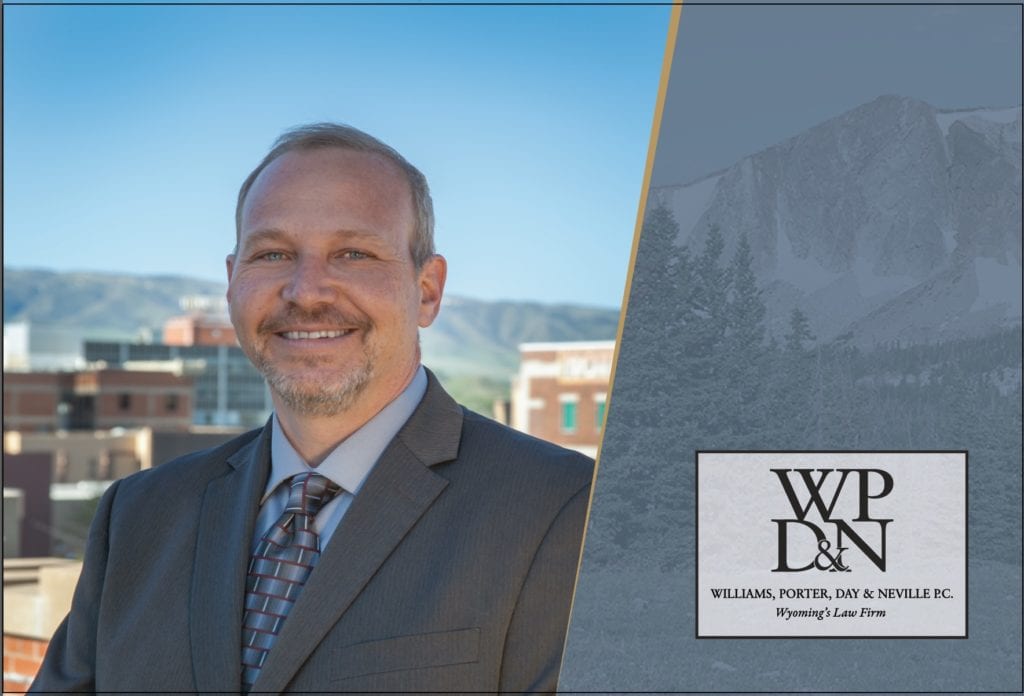 Perception vs. reality. It’s a common struggle for many people throughout life. You hope/wish/pray something is one way and, in reality, it’s something completely different. A police officer may think that his job will mostly consist of arresting all the bad guys and delivering quick, tongue-in-cheek one-liners before solving the murder of the girl next door. In reality, the job is a lot of sitting, waiting, and filling out paperwork.

Many teachers go into their jobs with a dream of students standing on top of their desks and reciting ‘Oh Captain, my captain.” In reality, being a teacher consists of buying your own classroom supplies and going to meetings that could be emails.

And, for lawyers, the perception in many cases is that, in the final hour, they’ll present a piece of evidence that will save a man’s life, just like Atticus Finch did in ‘To Kill a Mockingbird.’

Ryan Schwartz was born in Laramie, Wyoming and spent his formative years in Southeastern Wyoming, between Laramie, Cheyenne, Torrington, etc. In 8th grade, Schwartz’ dad got a job offer and moved his family to Battle Creek, Michigan, the cereal capital of the world. It was the city built on Cinnamon Toast Crunch.

After he graduated high school, Schwartz was offered the chance to go to the University of Michigan but passed on it in order to return “home” to Wyoming.

“I chose Wyoming over the University of Michigan just because I love Wyoming; the people and the open spaces,” he said. “That’s why I came back here to go to law school.”

Law school was something that Schwartz had always planned on attending, even when he was a little boy.

“My dad tells me that from a very young age, like kindergarten or elementary school, for some reason I always said that I wanted to be a lawyer,” Schwartz revealed. “I’m sure at that point, and probably even up through the point when I graduated college and decided to go to law school, I didn’t really understand what ‘being a lawyer’ actually meant. It sounded really cool and had some security, financial and otherwise, associated with it. It seemed to be a respected position and it was a way to help other people. So, for some reason, I always wanted to be a lawyer, but never knew what I was getting into until I actually began practicing.”

After beginning law school, Schwartz became the President of his fraternity, Delta Theta Phi. Typically, when one thinks of a “frat boy,” they imagine kegs, toga parties and much scandal. Well, again, reality differs from perception.

“I was in a fraternity at UW,” Schwartz revealed. “But this was a legal fraternity. Law school is a bit less rowdy than undergrad, so it was mostly meetings and meeting members of the fraternity that were already lawyers and making those connections. So, not quite the wild frat life that others had.”

That was probably for the best, as Schwartz wasn’t distracted by anything nefarious, so he could instead concentrate on passing the bar exam, which he did in 2002. Shortly after passing the bar, he took a job with Hathaway and Kunz, P.C.

“The firm that I started working at was headed by Stanley Hathaway, the former governor of Wyoming and a very highly respected gentleman who also served in Washington D.C. in a number of posts for various presidents over the years,” Schwartz stated. “I learned a lot about the law from Governor Hathaway, but I probably learned even more about being a good person. Hathaway was one of my very early mentors and he was a very stand-up human being, a very good guy. He showed me the human side of law; that it’s not just some case you’re working on – there are clients whose lives are at stake in one way or another. He was always very good at making connections with his clients. That was something I really took away from my time with Governor Hathaway.”

“Craig Silva actually told me I should come work for WPDN,” Schwartz stated. “When I started, I immediately realized there was a very large cast of characters that work here, and the one underlying theme is that everyone really cares about doing a good job. They’re not just trying to make money and do well as a business; they’re trying to do the right things, take care of our clients, and provide a good quality service at a fair price.”

Schwartz’ biggest areas of interest, in terms of practice, revolve around construction litigation, and trucking litigation but, he says, he dabbles in most everything when called upon to do so. Construction is his biggest passion, however, because his family worked in construction for many years. His grandfather even built his family’s home in Laramie from the ground up.

“I do have an actual background to understand what my construction clients are doing, and have done, and what the complaints are, and that experience has helped me understand my clients’ business, which is vital to effective representation,” he said.

In addition to his work at WPDN, Schwartz is also an active member of USLAW and the Wyoming State Bar. He is also a past President of the Natrona County Bar Association. Schwartz and his wife, Melissa, have been married for 20 years and he said they enjoy spoiling their nieces, nephews and cousins and are happy to give them back to their parents afterwards. More than anything, Schwartz says he loves Wyoming, which is a big reason why he has stayed here for the past 14 years. He and his wife have a cabin by the lake, and they enjoy wakeboarding, waterskiing, and enjoying the natural beauty that comes with Wyoming summers. The beauty of Wyoming is one instance in which the perception and reality tend to line up.

His actual career, on the other hand. Well…

“You know, you have this perception coming into the job that there are going to be a lot of these big ‘Perry Mason moments’ in a courtroom where the entire audience gasps and the court hands down an immediate ruling in your favor because you just landed the perfect evidentiary point and you get that immediate gratification that you see on TV,” Schwartz laughed. “It’s really easy to go start to finish in an hour-long TV episode but, in reality, we could be working on these cases for years, sometimes even decades. I’ve got a case that’s probably 20 years old that I still work on occasionally. It’s not about that immediate satisfaction that you see all the time on TV. It takes a lot more time and effort involved to get to the finish line and, oftentimes, it’s not a clear-cut winner one way or the other.”

Still, Schwartz says he wouldn’t change a thing about his career, nor the people with whom he works. But, if given the chance, Schwartz would absolutely give his younger self a bit of advice.

“Hindsight is always 20/20,” he said. “But I would maybe suggest to younger Ryan that he look into this job a little bit more before he jumped. I had a perception of what this would be, and the reality is quite a bit different. But again, I enjoy the heck out of this job, and I wouldn’t change courses. I would just maybe tell my younger self to look into some other things before going full-bore into law.”

A law career can consume you if you’re not careful. Luckily, Schwartz loves what he does and where he does it. Perception is different than reality in most cases, but for Schwartz, his reality is this:

“Being a lawyer was absolutely nothing like I thought it was going to be or what I envisioned it would be but, nonetheless, it has turned out to be a very rewarding career. Something I enjoy very much is being able to help people and getting that result or that outcome that clients, at the beginning, weren’t sure they were going to be able to get. Helping people is really my focus.”

And for Ryan Schwartz, helping people on a daily basis is very much his reality.