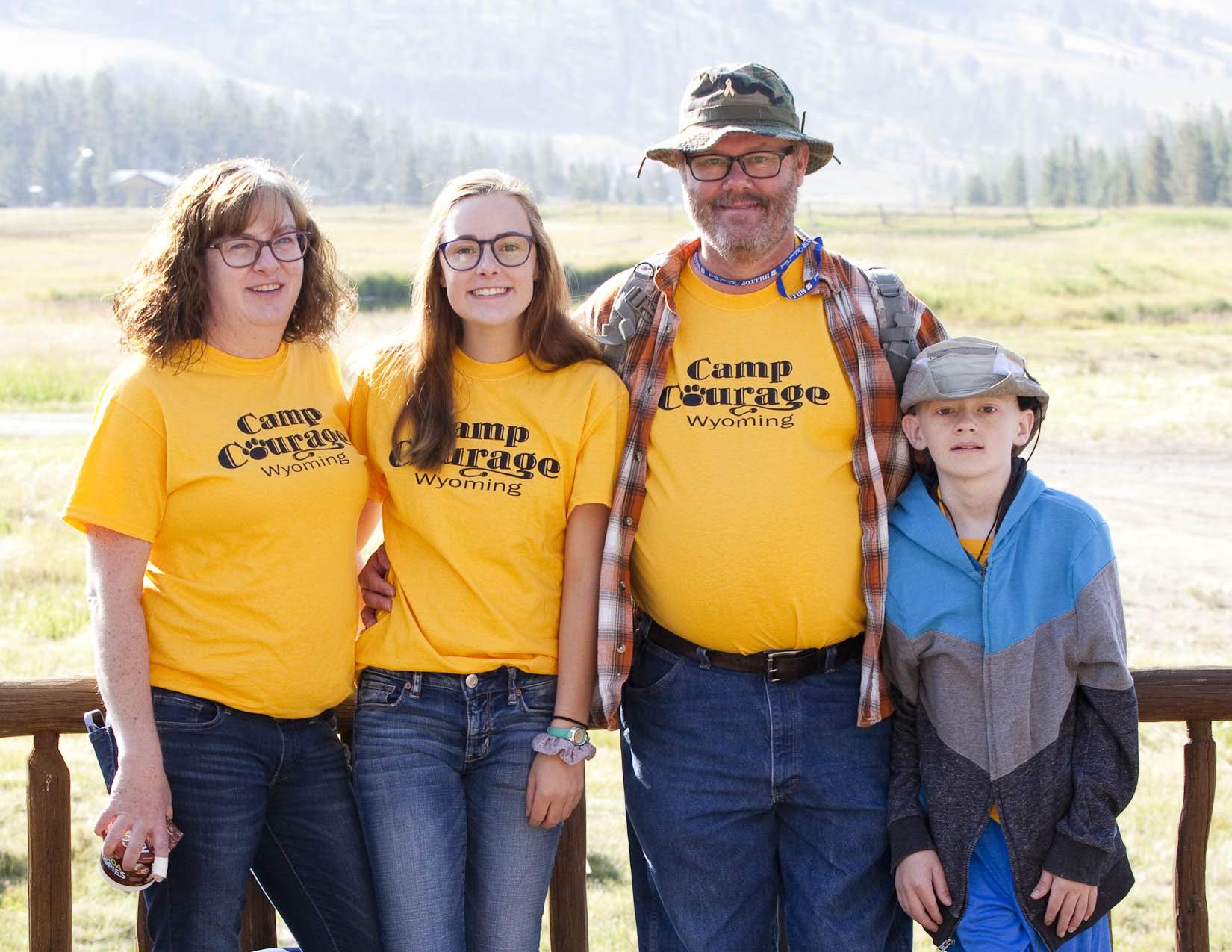 Six words. Six words can stop parents in their tracks, cause their hearts to stop beating and turn their world upside down. Lisa and Kurt Augustin will never forget when they heard the six words that changed their lives forever.

“Your son has stage four cancer.”

When Lisa and Kurt Augustin’s six-year-old son Derek complained of back pain and stomach issues in March 2011, they had no reason to anticipate the diagnosis that would follow. They searched high and low for the root cause and, after emergency room and urgent care visits, Derek’s pediatrician in Laramie told the worried parents that Derek might be experiencing some type of allergy.

Then, in August of 2011, Lisa had to leave work three days in a row to pick up Derek from daycare because he was not feeling well. Derek’s pediatrician sent him to the hospital where an X-ray revealed he had a collapsed lung. A subsequent CT scan discovered the cause of Derek’s collapsed lung.

“The scan showed a softball size tumor in his abdomen, which was causing fluid to build up in his lungs,” said Lisa. “He had just turned seven years old.”

Derek was flown to Children’s Hospital Colorado where he underwent blood-work, scans and biopsies. Three days after their arrival, the Augustin family received the news that would impact their lives forever – Derek had stage-four, high-risk neuroblastoma, a type of cancer that typically develops in the adrenal glands on top of the kidneys in children under the age of five.

Derek was diagnosed as high risk due to his age and because the tumor had spread to his lymph nodes. He immediately underwent surgery to remove the tumor, two stem cell transplants and multiple rounds of chemotherapy.

“Once he entered remission, the doctors told us that if he could make it through the first year without the cancer returning, he would have a better outlook,” explained Lisa. But, unfortunately, Derek relapsed within six months and the family headed back to Children’s Hospital Colorado for treatment.

After the first year, it became clear to Lisa that she would not be able to continue with her job at the University of Wyoming and care for Derek at the same time. Kurt was able to keep his job as a civil engineer with WYDOT, but with all of the back and forth trips out of state, expenses were pilling up and it was quickly becoming difficult to cover their bills back home.

“It was intense and overwhelming,” said Lisa.  “Once a child relapses, you start to tap out your savings, and it’s nearly impossible to save money with all of the additional expenses.”

Luckily for the Augustin family, Jason’s Friends Foundation was able to step in. Jason’s Friends Foundation is a non-profit organization that provides financial assistance to Wyoming families who have children diagnosed with cancer or a brain or spinal cord tumor. Jason’s Friends helps with travel expenses (fuel, lodging, airfare, meals) and everyday living expenses (house and rent payments, car payments, phone bills, utility bills etc.) so that Wyoming families can focus on what is most important – their children.

“Without Jason’s Friends we probably would have had to sell our house,” Lisa explained. “They have helped us with travel, groceries and paid almost all of our household bills – the kind of things you need to live and keep going.”

This year, the 23rd annual event will take place on April 24 at El Mark-O Lanes in Casper. Bowlers put together five-person teams, sign up for a one-hour bowling time slot and collect donations prior to bowling. There are prizes available for those who bring in the most donations and a free t-shirt for every bowler who collects at least $75.

Today, Derek is 16 years old and in the early stages of his fifth cancer relapse. The Augustin family has spent the last 10 years driving to and from Colorado for Derek’s cancer treatments. Derek has undergone more chemo treatments then the family can count and has even had to undergo two hip replacements due to resulting infections.  When reflecting on his young life, it is jarring to realize that Derek has spent the majority of his childhood years battling cancer.

Although the family continues to navigate the ups and downs of Derek’s cancer and the unknown forks in the road ahead, there has been one constant and unwavering source of comfort – Jason’s Friends Foundation. They have been, and continue to be, there for the Augustin family every step of the way.

Along with providing financial assistance, each year Jason’s Friends Foundation organizes Camp Courage, which is the only childhood cancer camp in the state of Wyoming. Created in 2012, Camp Courage provides a venue to bring childhood cancer patients and survivors, their parents and their siblings together to connect with other Wyoming families who are enduring the same challenges. The Augustin family has attended Camp Courage twice and each time has left with fond memories. Derek loved going on ATV adventures while his older sister Anna enjoyed the horseback rides.

“Camp Courage provides such a nice opportunity to get away, relax and talk to other families who are experiencing the same thing we are,” said Lisa. “The kids had a blast and made new friends. It’s an awesome way to bring families together.”

The Augustin family has also enjoyed attending the annual Bowl for Jason’s Friends fundraiser. The family has driven up from Laramie several times just so that they can participate and see the Wyoming community come out to help the cause.

Lisa urges her fellow Wyomingites to show their support for families like theirs by donating, volunteering and lending a helping hand to Jason’s Friends Foundation.

“I encourage everyone to donate to Jason’s Friends, especially in Wyoming because it goes to Wyoming families,” said Lisa. “Without Jason’s Friends, I don’t know how any cancer family would get through this journey.  I know that we wouldn’t have been able to do what we’ve done without the help of Jason’s Friends.”