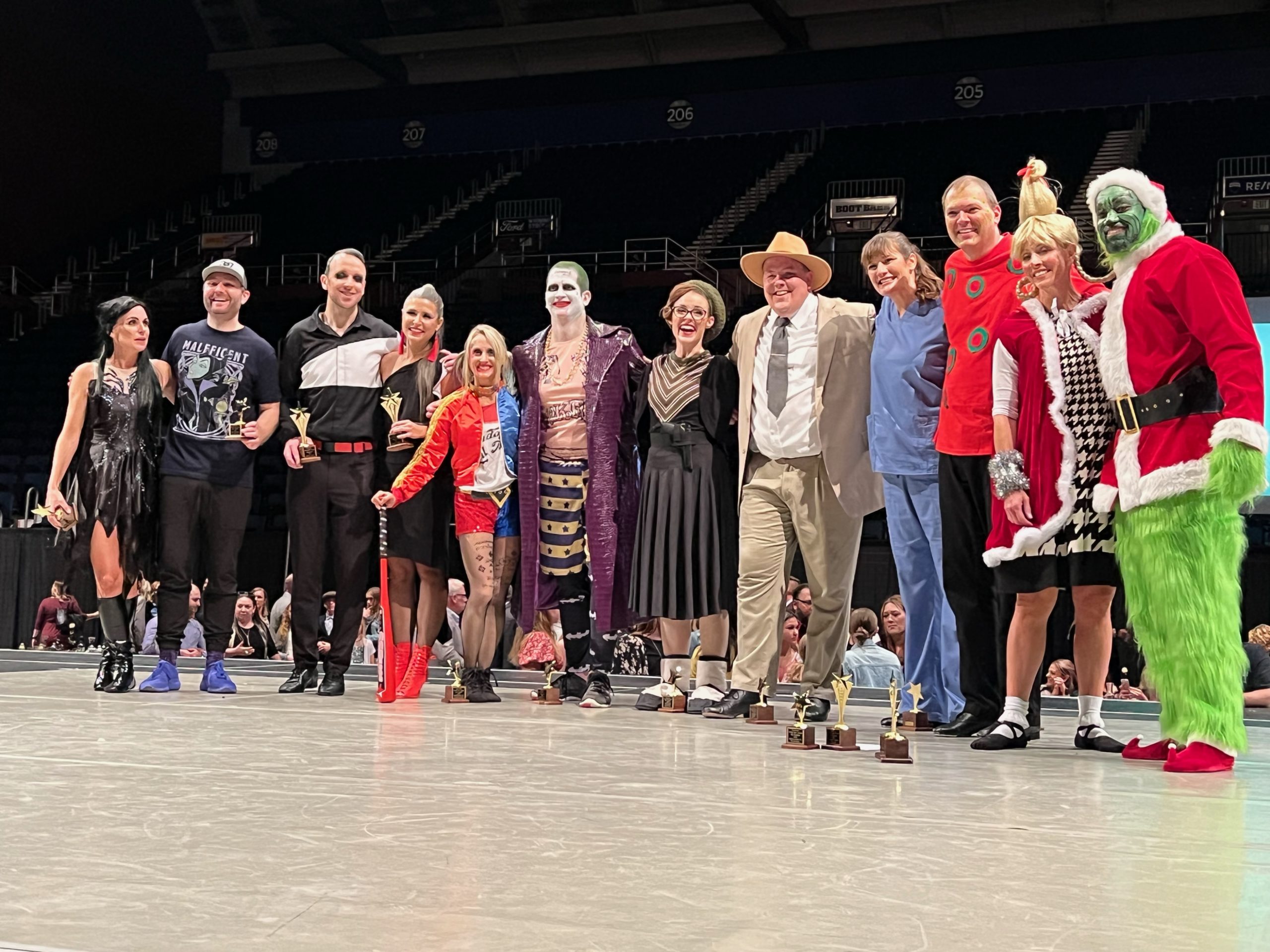 “Have you ever danced with the devil in the pale moonlight?” – The Joker, Batman ’89

Dancing with the Stars of Casper – Villains was a wicked good time that transformed the Ford Wyoming Center into a platform of evil enchantment, sinister scoundrels, and a touch of fire…all for a good cause!

The incredible generosity of the Casper community filled every seat in the house and helped raise roughly $250,000 at the 11th annual fundraiser benefiting Mercer Family Resource Center (Mercer FRC), a local agency that provides education, counseling, and prevention services that build stronger and healthier youth and families in our community. Mercer FRC would like to extend a gracious thank you to the donors, dancers, and volunteers for helping raise this money to support programs and services that are proactive, impactful, and accessible to anyone!

Cathy Holman and Sloan Dickey teamed up to emcee the evening, keeping the run of show punctual and the transitions light and fun. The evening’s entertainment was an incredible line up of performances by professionals, choreographers, and local stars who donated hundreds of practice hours and immense talent to prepare for the night. The delightful opening act performed by Dance Evolutions Inc. kicked off the entertainment with a good-to-be-bad tribute to some famous Disney villains, including Maleficent, Cruella de Vil, and that sneaky sea witch Ursula.

The panel of celebrity judges had their work cut out for them as they resisted bribes, fought off robbers, and tried to decide who outperformed who as each dance couple brought their A-game to the stage.

And the coveted statues of revenge go to…

Ryan McConnaughey and Katrina Lorenzen, who showed off their Bad Guy side as the Joker and Harley Quinn. Armed with a baseball bat and a stylish purple trench coat, the Joker rescued his little caged bird after tricking her to fall in love with him. Their saucy swing moves and synchronized acrobatics helped them take home the Excellence in Showmanship Award, which recognizes the outstanding showmanship of their performance.

Brook Kaufman and Larry Wilson, who brought a little Christmas mischief and cheer to the stage with their Dr. Seuss–inspired dance to songs like You’re a Mean One, Mr. Grinch, earning them the Excellence in Technique Award. This award recognizes their performance for their outstanding technique, formation and lifts. Covered in green fur and a stolen Santa coat, Larry channeled his inner Grinch by roughing up a Christmas tree and twirling his adorable partner, Brook (Cindy Lou Who) until she was dizzy. Christmas wasn’t the only thing this couple stole! They also stole the hearts of the people, winning the coveted People Choice Award and earning a whopping $6,141 of the $23,647 raised in this category!

Casey Rislov and Kyle Ridgeway, whose stormy entrance filled the stage with an eerie fog, flashes of lightning, and a Maleficent-inspired dance that left the audience spellbound. Their entrancing lullaby transitioned into an epic fight dance between the dark fairy and her alter ego. As the dancers battled each other with a killer hip-hop routine, their perfectly synchronized performance earned them the Best Partner Connection Award.

Hunter Harmelink and Clare Taylor-Ingram, who pulled off the greatest heist of the night when they robbed the bank (and the judges) as Bonnie and Clyde in their 1920s performance to Gene Krupa’s “Drum Boogie.” Not only did they escape the long arm of the law during their performance, but they also stole the award for Outstanding Theme and Creativity. This award recognizes the routine showcasing an outstanding presentation, theme, and creativity.

Scott Murray and Heidi Lundberg, who were original, criminal, and dressed to kill during their Cruella de Vil–inspired dance. Their sultry salsa compilation of break steps and syncopation brought a seductive elegance to the stage. As the music intensified, they cranked up the heat of their performance with incredible lifts, dips and a twirling fire finale! That’s right, FIRE! Their thrilling performance earned them the Judges Choice Award, recognizing their routine’s overall entertainment value and technical excellence.

Barbara True and Aaron Walters, whose energetic homage to the healthcare heroes everywhere took home the Best Crowd Appeal, an award that recognizes the most entertaining routine of the night. Like a true hero descending into battle, Nurse Barbara dropped in from above to fearlessly fight the nasty Coronavirus (Aaron) and his crew of mini viruses. Armed with tissues, sanitizer, and a shield of 6-foot distance, the dance-battle ensued into an epic display of fancy footwork as the couple tap-danced their way to an epic finale. With a bang of a reflex hammer, and an explosion of confetti (and quite a bit of sanitizer), Nurse Barbara triumphantly defeated that nasty Coronavirus!

Katelyn O’Shaughnessy and Lydia Anikin, who, with a taste of a poison paradise, delivered an intoxicating grand finale of synchronized seduction, finishing off the night’s entertainment with a fun and flirty performance to Britney Spear’s “Toxic.”

Thank you so much to the dancers, choreographers, makeup artists and costume designers as well as the sponsors, donors and volunteers for joining Mercer FRC at this sold-out event of the year! If you missed this year, do not fret: Dancing with the Stars of Casper will return October 22, 2022! Until then, you can see photos and videos from night on Facebook at https://www.facebook.com/DancingWiththeStarsCasper.