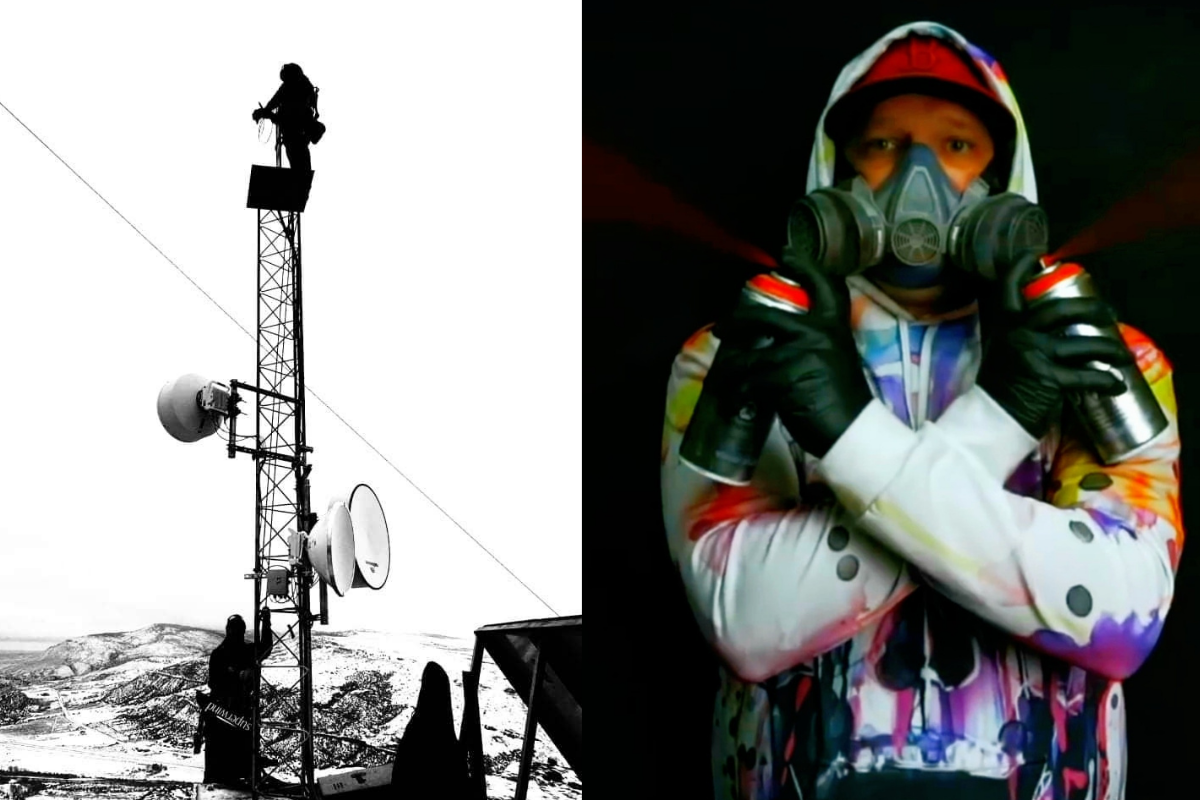 Casper, Wyo. — Chris Ruegsegger is a proud employee of Mountain West Technologies Corporation. He is a skilled tower climber for the company, meaning that he climbs towers to repair and install internet all over the state of Wyoming.

Ruegsegger has been working for Mountain West for the last ten years. He started with the company when it was small and has grown with it, seeing it become one of the leading internet providers for Wyoming.

The company is rapidly expanding, so Ruegsegger spends a good bit of time at the outside plant facility in Cheyenne. His home, however, is in Casper. He is an employee that puts customers’ needs before his own, no matter the weather.

Mountain West is responsible for the internet and 911 services, meaning that if a tower goes down, there could be more than 50 people without internet or a way to call if there is an emergency. Last year, during the horrible snowstorm that Casper experienced, he geared up and climbed a tower. While he would much rather have been inside sitting by a nice, warm fire, duty called and he answered.

Ruegsegger was able to restore internet services in weather that was 20 degrees below zero. He fixed the sector panels on the tower, which required him to remove his gloves in order to replace some little parts. Ruegsegger says that he felt as though he was going to get frostbite, but luckily did not.

Ruegsegger says, “I climb regardless of weather.” This bravery helps supply many people with internet and the ability to communicate in case of an emergency.

While this job can be grueling, Ruegsegger says that he loves being a part of the company. He says, “Mountain West is 100% family driven.”

Ruegsegger is a professional mural artist on the side.

He started making art over 18 years ago. He begin by making graffiti, as many artist do. However, he realized that getting sponsors and selling his art was a much better way of expressing his talents. He is now a professional who sells his art all over the country.

Ruegsegger’s art career really took off with the 2017 eclipse festival in Casper. Casper was visited by people from all over the world, and Ruegsegger’s art did not go unnoticed. He had a booth set up to sell art and many people loved it.

His art is very diverse, including commission work and custom airbrush shoes. He even has a couple of murals around town. One of the most notable is the mural on the side of Nicolaysen Art Museum.

Ruegsegger is also a TikTok sensation, building a following of people interested in his work. You can follow him on any of his social media accounts:

He has won awards for his art and service to the community. He says that the community is the reason for his fame, so he always wants to give back in any way he can.

Throughout all of his fame, his job at Mountain West has supported him and the CEOs and coworkers have all been there for him. The company often gives him time off to teach art classes in the summer or to set up booths to sell his art. Ruegsegger says that they are very supportive and will even come to his showings and help set up or buy art from him.

Mountain West treats their employees like family and helps support them. Ruegsegger says that he knows that they are on his side and take an active approach to being a part of his life — even outside of work.