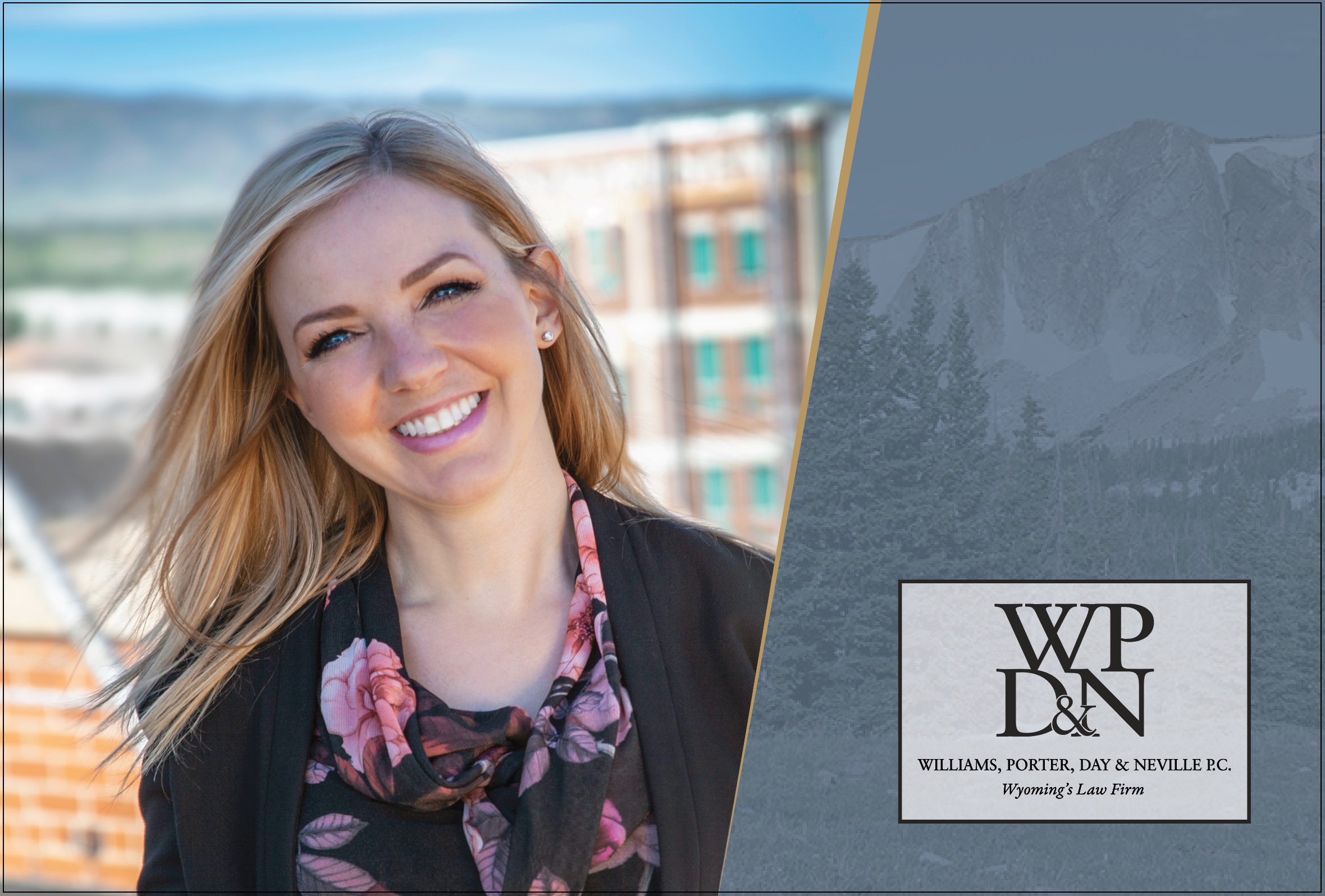 “I don’t think that there’s anything extremely different or special or unique about me,” she said.

And she didn’t realize how wrong she was.

Amy Iberlin is no stranger to hard work. She’s a Wyoming girl through and through and she spent the majority of her formative years growing up on a ranch between Casper and Gillette, Wyoming.

“It’s like the Wyoming fairytale story,” Iberlin reminisced. “I grew up on a ranch with my dad, my mom, and my two brothers and we always had to work really hard. We had daily chores and my parents worked really hard. They started from the bottom and worked their way up from nothing, so they have always encouraged me and my brothers to pursue our passions and our dreams — but we better do it in a way that makes it. So we work extremely hard every day and do it the best we possibly can, always being honest and trying to create the life that we want to live.”

That’s exactly what Iberlin has done. It started in high school (possibly even before) and it has lasted throughout college, graduate school, law school, and her career.

Despite her lack of straight A’s in law school, Iberlin still boasts an impressive academic résumé. She earned her Juris Doctorate from the University of Wyoming College of Law. She also graduated from the University of Wyoming with a Master’s degree in Public Administration, as well as Bachelor of Arts degrees in both Psychology and Criminal Justice.

The point is, she works hard, but, Iberlin said, it’s not just about working hard — it’s about trying hard.

“I try,” she said. “I have a lot of heart and I try super hard and I do it relentlessly, no matter what it takes. I wasn’t a straight-A student in law school for sure, and I’ve never claimed to be the smartest kid, but I can generally outwork anybody in a room.”

And it’s that relentlessness that has shaped Iberlin into one of WPDN’s fastest rising attorneys. Much of her success is traced back to hard work and determination, but she said it is the people she surrounds herself with that inspires her to be the best possible version of herself.

“I just had really great mentors over the course of my career,” she said. “I worked for a lawyer named Mary Beth Galvan and one of my college professors told me that ‘If you can work for Mary Beth, you will love the practice of law.’ I love her dearly to this day. She really mentored me. When I was in undergrad, I didn’t know anything about legal issues or anything about the legal process at all, but she’d take me to everything. She’d help me with everything. She was just amazing to me.”

Dallas Laird is another mentor in Iberlin’s life.

“So my first summer [of law school], my grandparents lived in Casper at the time and I was extremely close with my grandma. She was the best person on planet earth, similar to Mother Teresa. But she was in poor health at the time. John Henley had an office right next to Dallas Laird and he offered me a job, so I took the job and lived at my grandma’s house that entire summer. And part of the job was that I would spend every morning between 8 a.m. and 11 a.m. with Dallas Laird, essentially learning how to be a trial lawyer. He’s been a huge mentor and influencer in my life.”

Following that first summer, Iberlin worked in the domestic violence clinic at the University of Wyoming and learned a lot about actually practicing law. As she was getting ready to graduate, she sent her résumé and cover letter to a variety of firms, as all soon-to-be attorneys do. As it happened, she actually sent her resume to Williams, Porter, Day, and Neville, but they were not hiring attorneys at the time. It turned to be a blessing in disguise, however, because Iberlin began working for Judge Catherine Wilking as a law clerk. Wilking quickly became another mentor for Iberlin.

“I applied and interviewed with her and immediately, absolutely, fell in love with her,” Iberlin laughed. “She’s a fabulous person, just an amazing human being. She was a wonderful boss and I learned a ton from her. I very much respect her and she really fostered my love for the law.”

Iberlin worked for Wilking for a little more than a year before eventually becoming a part of Williams, Porter, Day, and Neville.

“Craig Silva and Scott Klosterman were in a trial when I was a law clerk,” she said. “Any time there was a trial, as a law clerk, I got to go to the trial and watch the lawyers perform. That’s what you do; you’re basically a sponge. You’re learning what’s good law, what’s good lawyering, what’s bad lawyering. You learn how to be a good lawyer, essentially, and also how to not be a bad lawyer. After that, a friend of mine recommended me to them and they interviewed me. By the time I got back across the street after my interview, they made me an offer.”

Needless to say, she accepted the job.

“I’ve wanted to work there since I was an undergrad,” Iberlin stated. “As a law clerk, I got to watch court all the time and I always thought the WPDN lawyers were the best of the best; the cream of the crop. They always wrote the best, always had the best briefings. They had the best arguments and they were always super respectful in court. I thought their work was very interesting and I was ultimately inspired to go there based on their reputation throughout the state.”

Iberlin began working for Williams, Porter, Day, and Neville in November 2015. It took her 3 years to become a partner.

Again, a big reason for her success was the people who helped guide her along the way. Iberlin said that former WPDN attorney Jason Neville was a big influence on her career and provided multiple opportunities for her to learn and grow as an attorney in her own right.

“I think that’s how you become a great lawyer,” Iberlin stated. “I think that’s how all the guys that have been here for a long time became great lawyers; they’ve had a ton of experience but the vast amount of resources this firm has insane. You can walk down to the office of Pat Murphy [WPDN President] and ask him for a case and he can literally identify the title of the case, the reporter that the case is located in, and sometimes he can even get the page cites correct. That kind of institutional knowledge is just insane. It doesn’t exist in other places. [WPDN] is just a really unique and special place.“

It’s a place that Iberlin is ecstatic to be a part of.

“Every single person that I’ve worked with here has really fostered my development and growth as a lawyer,” she said. “I’ve had unmatched opportunities that I wouldn’t have had in any other firm. The reputation is by far the best in the state. And I think that’s how we recruit and maintain great lawyers. There’s a ton of autonomy. You get to be an adult and they essentially put you in the jet and let you fly it from day one.”

Speaking of flying, in her spare time Iberlin is obtaining her pilot’s license. She said that she wakes up every morning at 5:15 a.m. five days a week to work out. She enjoys traveling and playing golf, skiing and snowshoeing. Life, to Iberlin, is an adventure. She works hard but she plays hard as well, especially with her two dogs: Ivy and Ollie.

“They’re my children,” she laughed. “We do a lot of stuff together. We hike, we bike, we run. They go to doggy daycare and they even come to WPDN sometimes; they’re very dog-friendly here.”

But it’s not just the dog-friendliness of WPDN that makes it the absolute top of the line in terms of law firms in Wyoming and beyond.

“What makes WPDN different or, dare I say, the best, is that we get to do the very best work for the very best people,” Iberlin said. “We represent the best people in the state of Wyoming; a state I love dearly. I would never practice anywhere else. I love everything about this firm and this state and I love representing these people at WPDN. We’re a Wyoming-based law firm through and through. We bleed brown and gold in that firm and, ultimately, there isn’t another place in Wyoming like it.”

And there’s not another person like Amy Iberlin, either. She has achieved much thus far in her career and she is sure to reach even greater heights before the end of her story. But that story wouldn’t be possible without hard work, without grit, and without a slew of mentors who saw something in her that, maybe, she didn’t even see in herself.

“I’ve honestly just had really great mentors over the course of my career,” Iberlin said. “Like, what about me [created that]? I don’t know. I don’t think that there’s anything extremely different or special or something unique. I think that I have a good personality that jives with just about anybody. So, I think that my personality and my willingness to learn and my desire to do a good job is probably what got me here. Like I said, I grew up on a ranch and was instilled with the notion to do good, hard work — no matter the cost.”

PAID FOR BY WILLIAMS PORTER DAY AND NEVILLE: WYOMING’S LAW FIRM
This article is a promoted post. The views, thoughts, and opinions expressed in the text belong solely to the organization that paid for the article, and do not necessarily reflect the views, thoughts or opinions of Oil City News, its employees or its publisher. Please fill out this form if you would like to speak to our sales department about advertising opportunities on Oil City News.