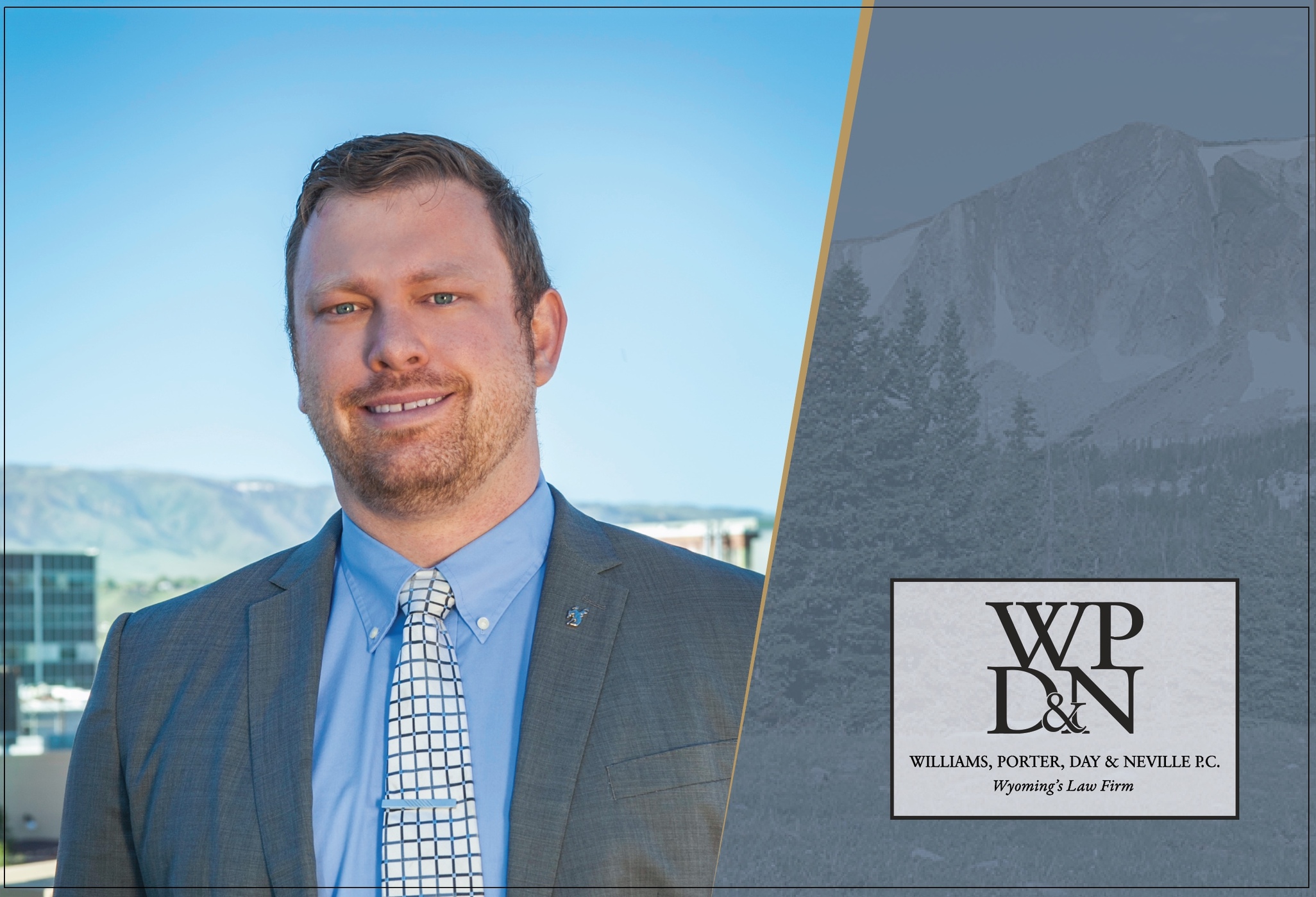 When William Reese walked through the doors of Williams, Porter, Day, and Neville, he did so with his father right by his side. Both Will and his father Tom had been working together for years before joining WPDN. They were more than just father and son; they were partners. And with their partnership, they brought a whole new dynamic to the offices of WPDN. Their practice primarily focuses on oil and gas law, which — especially these days — is a pivotal industry. WPDN has benefitted exponentially since bringing the Reese men on board.

Before William Reese was a man, he was a boy, a boy that watched his father quite thoughtfully and quite earnestly for years.

“I saw my dad practicing law as I was growing up, and it was something I was interested in, following in his footsteps. I was always into reading and writing and the idea of practicing law just seemed to fit my skillset; plus, it offered an interesting kind of intellectual challenge. And I liked the idea of going in and helping people every day.”

Being an attorney was always in the back of Reese’s mind, but he did pursue a few other avenues as well. He even graduated from the University of Wyoming with a degree in Philosophy. But it wouldn’t be long before he enrolled at the University of Wyoming’s College of Law. He graduated with his law degree, and passed the bar exam in 2011. Following that, he began working for a Denver-based firm called Beatty and Wozniak.

“It was a very good learning experience,” Reese stated. “It was an awfully large firm with many people that had a sole focus on oil and gas, so there was a huge group of people to talk to and bounce things off of and to learn from.”

Learn he did, but perhaps the biggest education he received came from his father. And one of the biggest lessons he learned, one that he brought with him to WPDN, was how important it is to take care of your clients.

“I think anyone’s first law job teaches you about how important it is to take care of your clients, and how hard the work can be,” he said. “In Denver, I had a lot of face-to-face time with clients and I learned a lot about communicating with them.”

Another lesson he learned early on was that when it comes to practicing law, perception is sometimes very different than the reality.

“I don’t think anything can quite prepare you for what the actual practice of law is like,” Reese said. “The University prepares you to practice law and helps you learn the things that you need to learn, but the practice of law is where you really learn by doing.”

Those lessons served him well, especially when he began working for Williams, Porter, Day, and Neville.

Reese said that he joined his father at the Casper office of Beatty, Wozniak, and (now) Reese, and he worked with his father there. But it wouldn’t be long before WPDN wanted to expand their practice to include oil and gas law, and both of the Reese men were the right attorneys for the job.

“The legal community in Casper is pretty tight-knit,” Reese said. “I knew a ton of attorneys at WPDN and we talked on a regular basis. I couldn’t even tell you who approached whom, but just in the course of the relationships I made with people and the conversations we had, it became clear that with my focus on Wyoming in particular, maybe one of the oldest and most well-respected Wyoming law firms would be a good spot for us.”

“At the end of the day, it’s the people and the attorneys and the relationships that we have here that makes WPDN really stand out as the premier firm in Wyoming,” Reese beamed. “The beauty of WPDN is that I feel like I have a certain level of expertise in oil and gas and mineral rights, but there’s a guy two offices down who’s an expert on trusts and wills and real estate, and a couple doors down the other way, there’s one of the top civil lawyers in the state.”

Reese continued, saying that, “There’s criminal expertise here. There’s business expertise here. And that’s what I think sets WPDN apart: We don’t have a specialty, except for helping people and companies navigate the legal landscape.”

That’s an attitude that everybody at WPDN shares. Everybody looks up to each other, and each attorney wants to help each other in whatever ways they can. The attorneys at WPDN teach each other, they learn from each other, and they grow together.

Of course, the attorney that Will Reese has learned the most from is his father. Reese said that he and his father never really dealt with the typical father/son dynamic that comes with working together. There were no talks of shadows or living up to legacies. Tom never pushed anything on his son, and Will never resented the lessons the elder Reese taught him. Their relationship, at least at work, wasn’t so much a father–son duo; it was a partnership. They taught each other and they worked together.

“For me, our relationship has changed from someone teaching me how to do what we do, to having a person that I can bounce an idea off of, or who can step in [with] if things get overwhelming,” Reese said of his father. “It just felt like there was always someone there that could support me, and we could get good things done together. I’ve never really thought that he casts a long shadow, although he most certainly does. But that shadow wasn’t cast from above me; it was cast from right beside me.”

It’s a special kind of honor to be able to work alongside one’s father. To go from being a little boy, watching his father put on his suit jacket and go to work, to being a man working right next to him; those kinds of stories don’t happen every day. And the lessons he’s learned from his father are not ones that the younger Reese takes for granted.

“I think the most important thing that I’ve learned from my dad, the thing that he’s always stressed, is that you are providing a valuable, deeply important service to your clients,” he said. “And that’s what it’s about. It’s not about how many billable hours you can find or anything like that. The thing he has always instilled in me is that these can be scary, difficult times, with a lot at stake, and you have to remember that you’re there to do the absolute best you can for your clients.”

That’s what every single attorney at WPDN believes, which is why WPDN has the reputation that it does. WPDN is lucky to have both Tom and Will on their team, and the Reese men are lucky to be a part of WPDN as well.

“I’m very proud to be associated with all of the attorneys here,” Reese said. “I trust them like a part of my family and I think and hope that anyone who walks through these doors and talks to anyone in this office can feel safe giving this team the same amount of trust in them that I have.”

WPDN is like a family, not just with its attorneys, but with the clients, too. Every attorney associated with WPDN wants to do their absolute best for their clients and wants them to know that they are in good hands.

That’s a lesson Reese learned early on from his father, and it’s a lesson the elder Reese has imparted on many people, not just his son.

“Not only has my dad been an example of hard work and advocacy for his clients for me, but I think he has set that example for the rest of the community as well,” Reese said. “It seems like a day doesn’t go by that someone says ‘Say hi to your dad’ or ‘I remember working with your dad,’ so I think he’s well aware of the input that he’s had on my life and my career, but I think he may not know the impact that he’s had on the legal community in this state as a whole.”

Maybe, after reading this, Tom might realize the impact he’s had on the community. But if he ever has questions about legacy, or if he’s done a good job, or if he’s helped people, all he has to do is look at Will and he will know, beyond a shadow of a doubt, that he has changed lives and given his best.

PAID FOR BY WILLIAMS, PORTER, DAY, AND NEVIELLE: WYOMING’S LAW FIRM
This article is a promoted post. The views, thoughts, and opinions expressed in the text belong solely to the organization that paid for the article, and do not necessarily reflect the views, thoughts or opinions of Oil City News, its employees or its publisher. Please fill out this form if you would like to speak to our sales department about advertising opportunities on Oil City News.