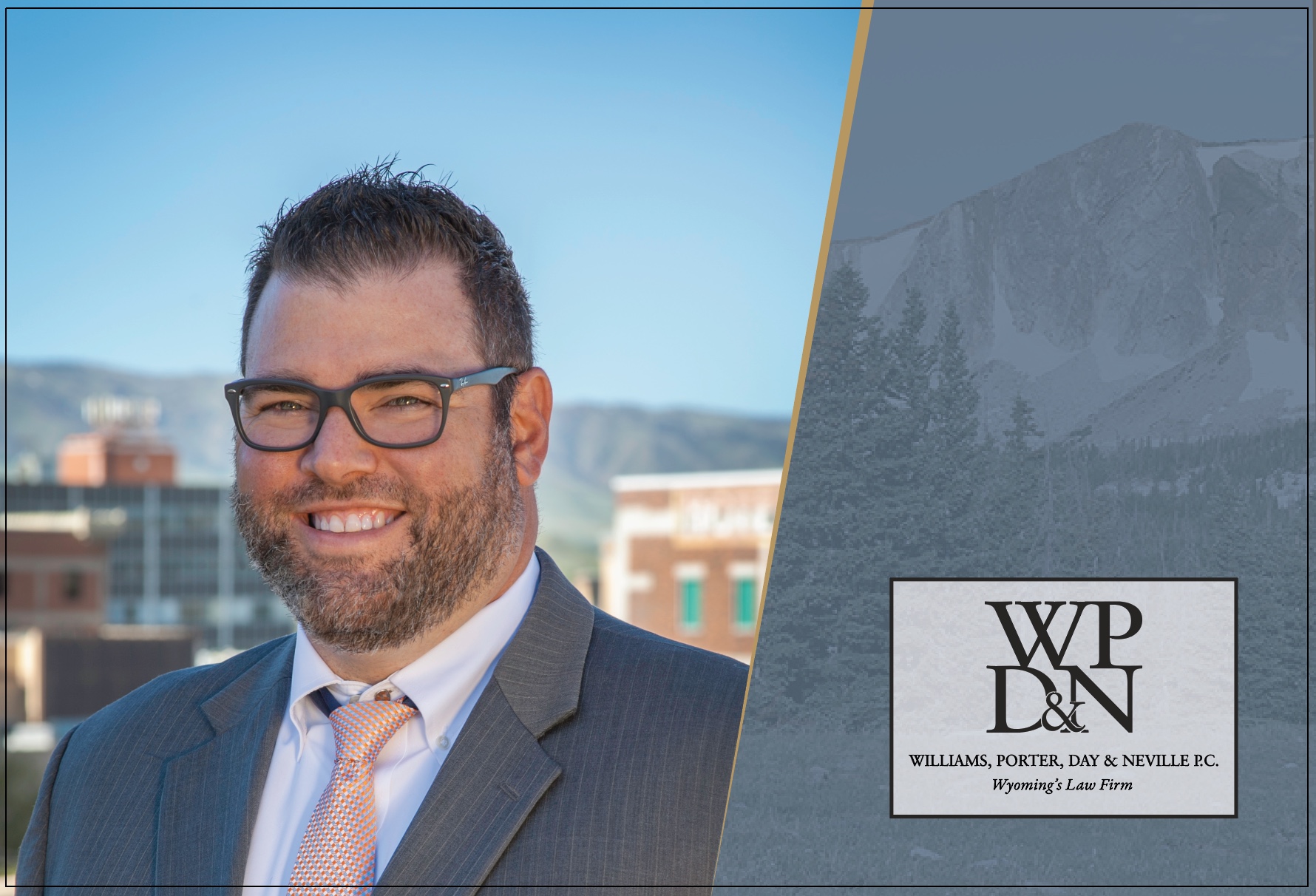 Playing sports and being part of a team has played a big role in the life of Dave Shields. As a young man, he played a variety of sports throughout school. Whether it was baseball, basketball, football or another sport, Dave Shields strived to perform at an elite level and, even more importantly, he tried to be a good teammate.

As an NCHS Mustang football player from 1997–2000, Shields learned a number of different lessons on the gridiron, but perhaps the most fundamental one was that, as the old saying goes, “There’s no ‘I’ in ‘team’.”

As a Mustang, teamwork was important to Shields, which is possibly the reason why becoming an attorney when he grew up was so enticing to the young man.

“I think a love for the law was probably something that I identified by the time I was in high school,” Shields stated. “I’ve had people in my life, along the way, that kind of pointed me in that direction. I was friends with [WPDN attorney] Pat Murphy’s son, I was friends with Judge Downs’ son, and I had some other friends in high school and college who had lawyers for parents and it was a path that I always wanted to pursue.”

And pursue it he did. When Shields graduated from NCHS, he initially went to school at Washington State University to play baseball and then eventually moved to Gonzaga University. It was at Gonzaga University that Shields earned a B.A. in Business Administration with a Concentration in Marketing in 2004. Following that, he worked at a software company in Las Vegas before returning to Wyoming to go to law school.

Shields received his J.D. from the University of Wyoming in 2010 and he would go on to work for a law firm in Cheyenne before finding his place at Williams, Porter, Day, and Neville.

Previously, Shields had worked for the firm as an intern for two summers between semesters of law school. That, combined with the fact that he knew some of the other attorneys’ children, made for an easier-than-normal interview.

“It was a strange interview,” Shields laughed. “Interviews here are a different animal. Typically, you interview with all of the partners, but in my situation I had been here for two summers, which was the equivalent of six to eight months, so I already had a good feel for them and they already had a good feel for me. So, it was different in the sense that there was all sorts of side chatter and it really wasn’t an interview at all.”

Basically, Shields had the job before he even walked into the interview. But it wasn’t just due to his prior work history nor his relationship with the other attorneys that landed him the gig. It was his talent, his enthusiasm, his work ethic, and his willingness to work in a team.

“I think the quality of representation that people get at WPDN is unparalleled,” Shields said. “Our people are willing to go to great lengths for their clients. There’s been too many occasions to count where you’ll show up on a Friday and a group of attorneys will need help, or there’s a big deadline and you might be here working together until two or three in the morning on a Saturday. We provide effort and dedication to our clients and, when it comes to litigation, we’ve got the biggest bench in the state. If you’re working with one or two of us, you’re gonna end up with all of us in many cases.”

WPDN has an all-for-one, one-for-all mentality and that presents itself in every case they take on. And it’s that teamwork approach that Shields really thrives under.

“I worked with two people specifically almost from the beginning, Pat Murphy and Scott Ortiz,” Shields shared. “I would say that I jumped into the deep end pretty quickly and I was given a lot of freedom and responsibility. I learned by experience and by doing things.”

And he has learned, and done, a lot in his near-11 years with WPDN. He started with WPDN in April 2011 and, during his time with the firm, he has expanded his areas of practice to include many different areas.

“Initially when I started here, I did almost exclusively personal injury cases in a variety of contexts,” Shields said. “Over the years, that’s probably been narrowed down to transportation, exclusively, and some representation of doctors and hospitals in the medical malpractice context.”

When it comes to transportation cases, Shields said his interest in that stemmed, surprisingly, from a certain sense of nostalgia.

“When I was a kid, I spent a lot of time traveling around with my dad, who sold filters for FRAM,” he reminisced. “And so people in that industry remind me a lot of the folks that I always encountered as a kid: just genuine, down-to-earth, hardworking folks.”

Shields also said that he likes representing doctors and hospitals because of the “intellectual challenge” that it provides.

Shields loves a good challenge. He loves the learning opportunities that come with challenges and he said he has learned the most from the two attorneys that he most closely works with.

“I would probably have to tip my cap to Pat Murphy for those first few years of teaching me the nuts and bolts of the law,” he said. “And working next to and side-by-side with Scott Ortiz so closely has taught me how to appreciate people and treat people fairly and with dignity, because at times that certainly gets lost in this profession a little bit, I think.”

Shields loves working alongside his colleagues on a case. Once again, it’s that sense of teamwork that inspires him. Working with others, collaborating, operating as a team are things Shields has always valued. They are fundamentals that he learned a long time ago, and they continue to serve him throughout his career.

Williams, Porter, Day, and Neville is most assuredly a team. Every attorney who works there knows that they can rely on each other through thick and thin. That is one of the reasons why WPDN stands out amongst its peers, and it’s one of the biggest reasons why Dave Shields has called this firm home for more than a decade.

“I am just so thankful for my colleagues, for my teammates,” Shields said. “I know that this job is hard at times, and I know what it takes to show up every day. And I am so blessed to be here. I have the good fortune of coming to work every day and being with people that are not only my colleagues, they’re my family. In large part, they’re my best friends, people I spend time with socially. But more than anything, they’re my teammates. And I think we make a really good team.”

PAID FOR BY WILLIAMS, PORTER, DAY, AND NEVILLE: WYOMING LAW FIRM
This article is a promoted post. The views, thoughts, and opinions expressed in the text belong solely to the organization that paid for the article, and do not necessarily reflect the views, thoughts or opinions of Oil City News, its employees or its publisher. Please fill out this form if you would like to speak to our sales department about advertising opportunities on Oil City News.