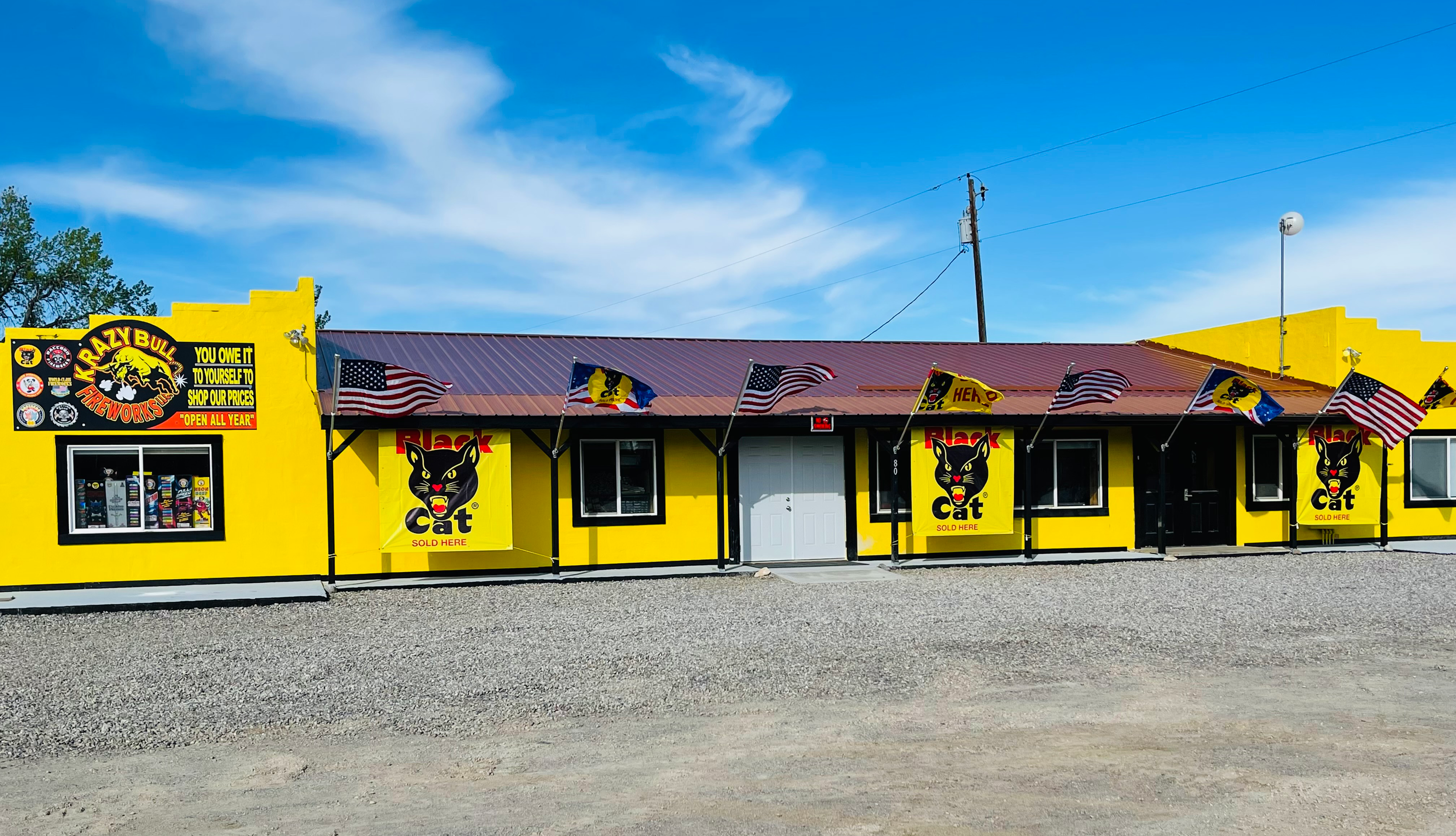 Just in time for the Fourth of July, Krazy Bull Fireworks is excited to now be offering affordable fireworks to the Lander area. They recently opened their doors back in mid-June and have been busy getting the store ready for the biggest event of the year.

Located at 80 Mortimore Lane in Lander, Krazy Bull Fireworks may be new to the area, but they aren’t new to the state. In fact, this family-owned and operated business has over 30 years of experience, which includes multiple locations across Wyoming.

Skyler Krehbiel, the general manager, said, “We’ve been doing this for so long. Our slogan is ‘We sell the crazy stuff at the lowest prices and that’s no bull.’”

Their sister company, Wholesale Fireworks, has numerous other locations including one in Cheyenne, Laramie, and Glenrock, and there’s also a second Krazy Bull Fireworks location in Gillette.

Krehbiel says that his family’s last name inspired the name of the business.

“I guess all the kids are saying ‘crazy’ is ‘cray’ now and ‘biel’ is like ‘bull’, so it really only made sense and we just kind of ran with it.”

Krehbiel’s family takes great pride in knowing their fireworks, and they work hard to help answer any questions customers have when walking through the doors of their locations.

“When they walk into our stores, we definitely want people to know that we shoot all this stuff for a living and we know what we’re talking about,” Krehbiel said.

“We’re always going to carry the name-brand stuff at the lowest prices. It’s a passion of mine to make sure that everybody has the most affordable backyard show that’s within their budget,” Krehbiel enthused.

As a University of Wyoming graduate who majored in finance, Krehbiel understands that the current economy makes it harder for families to spend money on luxuries like fireworks.

“We understand that this is not a necessity, it’s a very nice commodity to have,” he said. “We definitely want everybody to be able to afford a show as prices are skyrocketing.”

Along with having affordable prices, Krazy Bull Fireworks in Lander prides themselves in having a huge selection of products. They plan to have new products on their shelves every year, with some coming in as soon as in the next few weeks.

“I’m not going to just carry the same stuff every year. We’re going to have new products, even delivered after the Fourth. Right now, we’re fully stocked and ready to go, but as our other stuff comes in later we’re going to have even more exciting things hopefully by the end of next week,” Krehbiel said.

Looking forward, this family business has big plans, which includes branding their own fireworks.

“We’ve been doing this our entire lives. My ultimate goal is to put our logo and our brand on our own fireworks. That’s why we made the name change for some of those stores. We’re hoping to have our own products next year,” Krehbiel shared.

“That’s been a dream of mine since I was a kid,” he added.

Krazy Bull Fireworks in Lander is the one-stop shop for firework enthusiasts in the area. Visit their storefront at 80 Mortimore Lane to purchase affordable fireworks for your family’s backyard show.