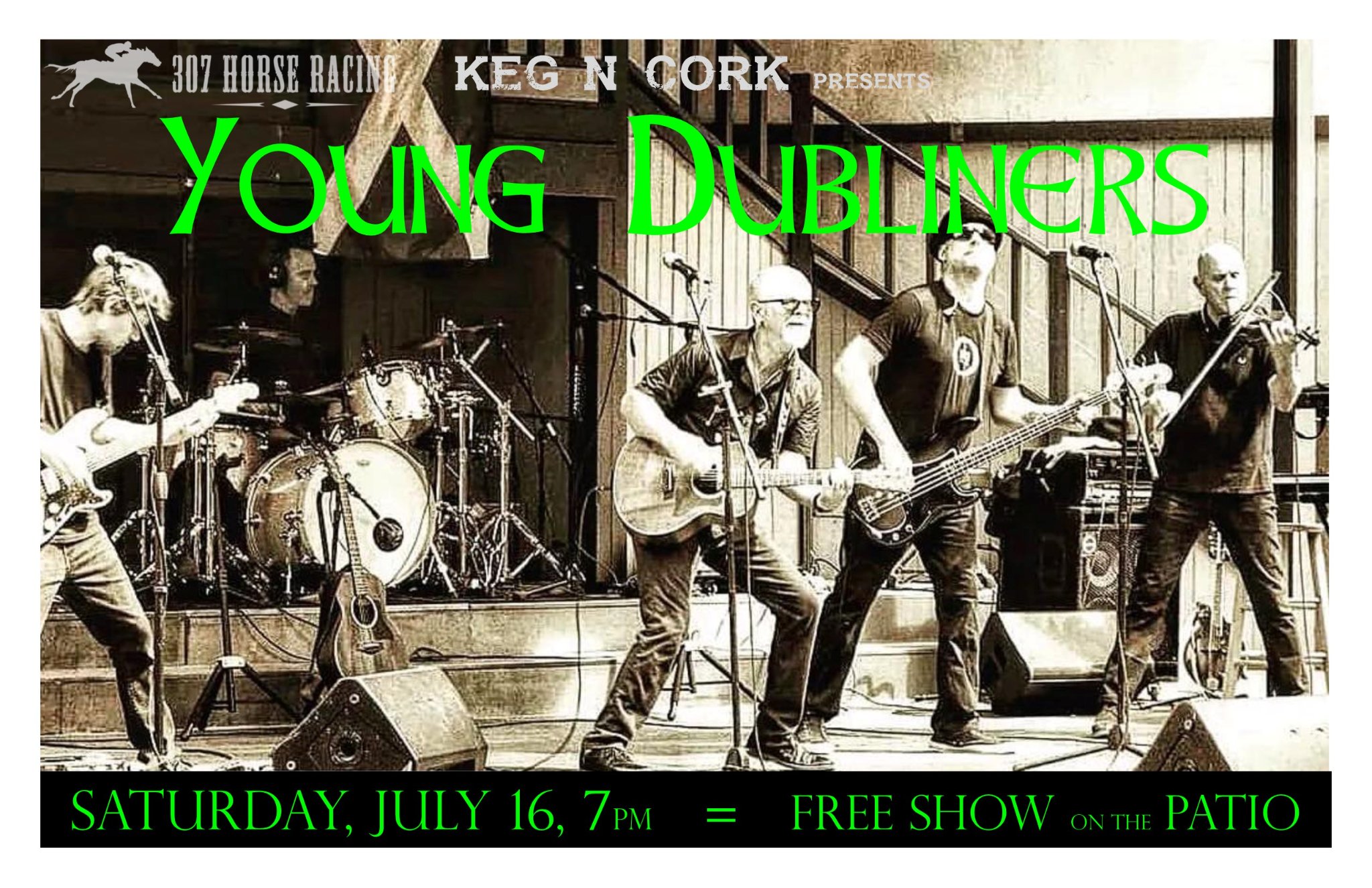 The Keg & Cork has famously hosted the Young Dubliners for many years on their patio. This Irish rock band has gained quite the fanbase in Casper and this Saturday, fans can see the band for free. The event starts at 7:00pm on Keg & Cork’s patio.

Current co-owner Matt Galloway said, “We’re gonna offer this one for free for everybody. Hopefully everyone will come out and have some fun, save a little money during these tumultuous times.”

Casper-based Keg & Cork recently announced that 307 Horse Racing will be taking over ownership of the restaurant on August 1st. Galloway is set to remain in the management position, and the employees will be retained.

Galloway, his brother Mark, and the team at 307 Horse Racing partnered up to make this year’s Young Dubliners concert free. Usually the event is ticketed, but they wanted to thank their loyal customers and also celebrate the new ownership during this year’s event.

“It’ll be kind of like our last hurrah,” Galloway said.

Galloway and 307 Horse Raining thought that the best way to celebrate the restaurant’s Irish roots was with the popular Irish rock band, the Young Dubliners.

“They’ve played for us for a long time. In fact, they originally played for us at Galloway’s, well over probably a decade ago. And we try to bring them back,” Galloway shared. “There have been some intermittent years we’ve missed, obviously with COVID and a few other things, but we basically have had them every year for probably about the last 12 years.”

The Young Dubliners have become a staple of the community. The band has gained a loyal following at the Keg & Cork in Casper. Opening for the Young Dubliners is local band Rumbletrunk, featuring musician Jeff Stanley and members of the EazySide.

In anticipation of the change of ownership, Galloway stressed one thing.

“The menu is going to be the same. The drinks are gonna be the same. I really hope that people realize that what they’ve grown to love at this place is not going away.”

Along with the familiar menu, there will be many familiar faces, even once the paperwork becomes official. Galloway plans to continue to manage the restaurant and all of the same staff will be there. Full-time employees are even going to receive a few added benefits they don’t currently have.

“Some of those who work closer to full-time will be offered benefits cause they’re working for a larger corporation now,” Galloway said.

Galloway, 307 Horse Racing, and the entire Keg & Cork family are excited to continue to provide their customers with the same service, food, and drinks that they have become familiar with for many years.

Don’t miss the Young Dubliners free show on the patio this Saturday at 7:00pm at Keg & Cork, located at 5371 Blackmore Rd.