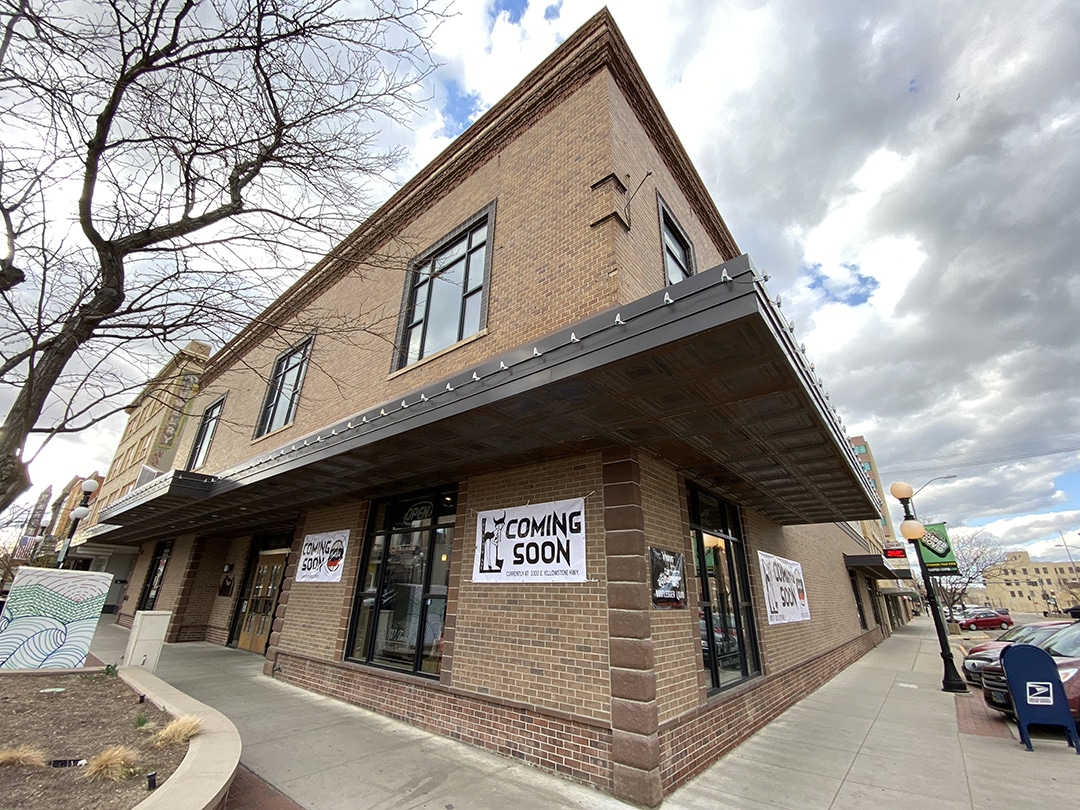 CASPER, Wyo. – One of downtown Casper’s oldest buildings will be home to one of the newest trends in entertainment.

Dirty Axe owner Justin Lavin announced the purchase of the building at 136 E. Second Street this week from Louis Taubert, who has owned the building since the mid-1990s and uses it to operate the RW Taubert Lifestyles outdoor clothing store. That store will move into one of Taubert’s buildings across the street, portions of which are currently undergoing renovations.

While Lavin plans to move his axe throwing business into the back of the building, he intends to use the remaining space as a restaurant and rentable venue.

Lavin partnered up with Mouthful owner Tyler Wood to reopen his restaurant, which operates in Moonlight Liquor but was forced to close its Gruner Brother Brewing location last year amid the pandemic.

“I’m pretty excited about it,” said Wood, who hoped to open a downtown location in the Atrium Plaza a few years back before the deal fell through.

For the new location, Wood gets to design and build his own kitchen from the ground up.

“We always just adapted to the kitchen that we’ve been in rather than having it built for us,” he said. The menu and hours will be expanded, and Wood will have complete control over his staff and hiring.

Both Lavin and Wood praised the quality of the building, which was extensively remodeled by Louis Taubert more than a decade ago.

In addition to the downtown building, Lavin says he’s partnered with Bootlegger Liquor at 100 North Ash to open a second axe throwing location, which he says will cater to the more “serious” axe throwers.

Lavin says his three young children are part of the inspiration for his drive to bring more entertainment options into Casper’s core.

“When we were growing up the feeling was ‘when I graduate I can’t wait to leave this town because it sucks and I hate it,’ and I don’t want my kids to go through that,” he said. “When somebody says ‘the big city has this’ they can say ‘we have it right downtown.'”

Wood says the new business will add a new dimension to downtown, and help bring foot traffic to that end of the corridor.

“Just the whole vibe of it, we’re going to bring a completely different energy to downtown,” he said.

Lavin says he’s aiming to have the axe throwing portion up by early June, and have the restaurant and venue ready by July.