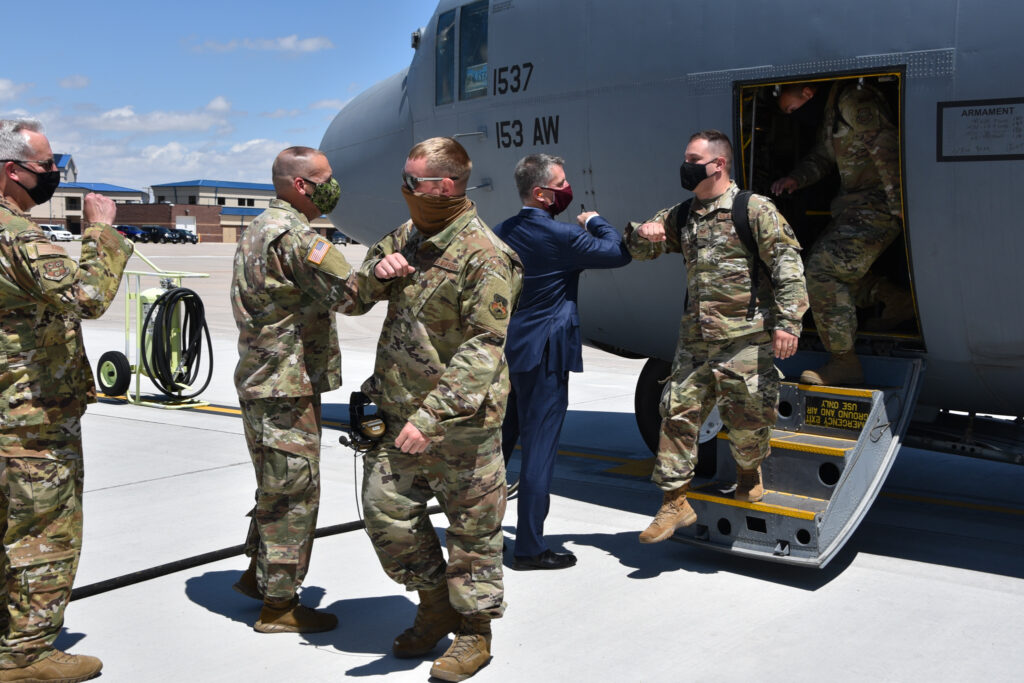 Earlier in July members of the unit returned from a deployment in February.

Tomorrow at F.E. Warren Air Force Base the Wyoming Air National Guard will host the Wings Over Warren aerial show featuring A-10s, F-22s, and F-35s. Gates open at 7:00 am and the show starts at 10:00 a.m.

We welcomed home some heroes today as 23 members of the @wyoguard 153rd Airlift Wing returned from a deployment of more than 9 months. pic.twitter.com/sgMdpCvFvv