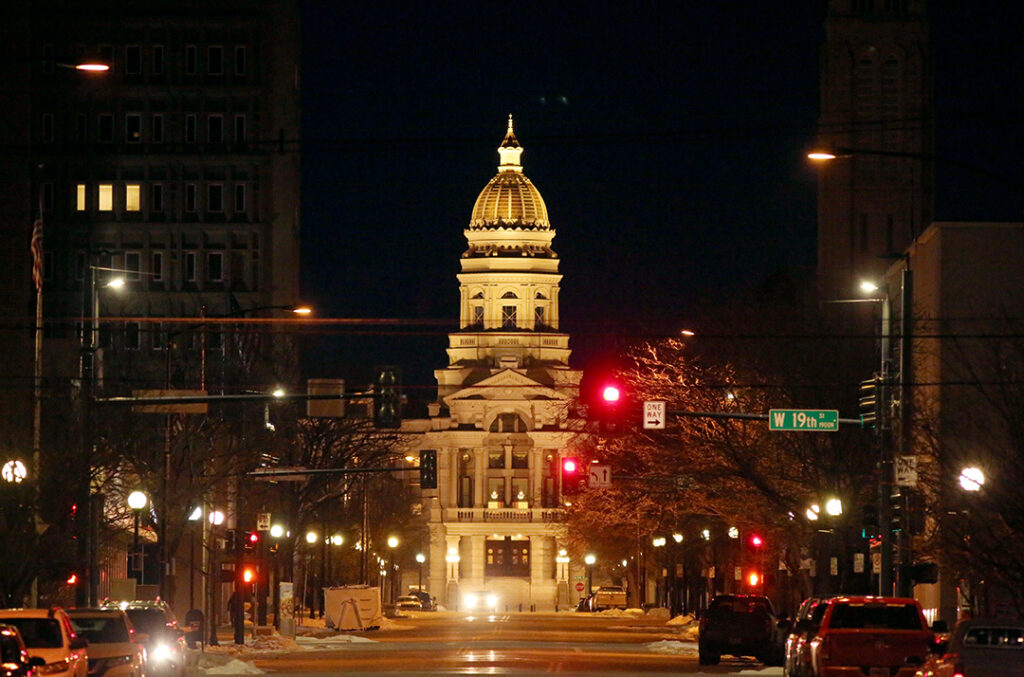 In a press release accompanying his budget proposal, Gordon said his government took a “strategic” path to reducing programs instead of recommending indiscriminate percentage cuts. The goal is to manage the state’s fiscal crash with the least impact to citizens, the governor said.

But given the scale of the savings budget writers must find, cushioning the public from harm is no longer possible: “It is a harsh reality that at this point every cut will hurt,” Gordon said in a press release.

For example, in a round of budget cuts earlier this year, the executive branch sought to protect the state’s mental health and substance abuse treatment programs.

Gordon’s new proposed budget, however, slices millions of dollars from four programs funding residential and outpatient treatment for those suffering from mental health and substance abuse issues. The cuts will directly decrease the amount of treatment Wyoming will provide.

“On a cut of that magnitude, it’s virtually impossible to not see service reductions,” said Stefan Johansson, the deputy director of the Wyoming Department of Health.

Some lawmakers have criticized the cuts as being deliberately painful — designed to make a point and force the Wyoming Legislature to raise new revenues. Gordon has countered that he has no choice, and programs for the state’s most vulnerable residents are often expensive.

“Let me emphatically say that these proposals are not meant to inflict pain on the public or diminish economic opportunity,” Gordon wrote. “On the contrary, we did our best to avoid that.”

“There will be fewer people shopping on the Main Streets of hometowns, eating at restaurants, or coaching kids in youth sports,” he wrote.

As for the state’s most vulnerable, “it is a harsh reality that we cannot reduce spending without inciting further hardship on seniors, people with disabilities, and those suffering from mental illness and substance addictions,” he wrote.

The blows to those programs come as many expect demand for public services to increase. The pandemic’s grip on Wyoming continues to harm the economy and experts say its social consequences will likely increase mental-health and substance-abuse issues.

Some in Wyoming politics believe there are other options. Though the governor claims he has no choices, he has not outlined a vision for the state to escape the cycle of budget cuts, a leader in Wyoming’s minority political party said.

“The governor’s budget cuts will produce a Wyoming that I do not want to live in,” House Minority Leader Cathy Connolly (D-Laramie) wrote to WyoFile. “It throws our most vulnerable under the bus, those with the least voice in the policy making process. It ignores our obligations to each other and our communities; obligations that make us a better whole. Given our dire economic situation, could the Governor have done differently? Yes.”

The Wyoming Legislature must pass Gordon’s proposed cuts before they can take effect. While Gordon earlier this year instituted more than $250 million in spending cuts through executive action, this next round of $114 million in agency cuts is put forth through his supplemental budget proposal to the Legislature.

Wyoming lawmakers write two-year budgets — the most recent having been passed in March 2020 — but review and tweak the budget law at the one-year mark.

Normally the Legislature would consider Gordon’s proposals in January, however, lawmakers have not yet decided when or how they will convene as COVID-19 surges in the state.

The Legislative Service Office has reviewed a number of ways to hold a safe in-person session in January but has not found a solution, director Matt Obrecht wrote in a Nov. 19 memo. The memo suggested lawmakers could delay the session until as late as May in order to wait for distribution of a vaccine or another change in the state’s dire virus situation.

Without legislative action, the government must continue spending on programs at the level set by lawmakers in last year’s statute. Making spending cuts earlier in the two-year budget period leaves the state more money and options for the long term, the state’s fiscal analysts say.

Lawmakers meanwhile continue to lack comprehensive plans — at least ones made public — to raise new revenues as oil and gas prices stay depressed and the state’s coal mining industry continues its downward spiral.

Days after Gordon unveiled his sharply reduced budget, the Legislature’s Joint Revenue Committee rejected more tax measures. Major and minor proposals failed including a two-cent beer tax, an income tax on the state’s wealthiest residents and a tax on property sales of over $250,000. By slim margins, the committee did advance a fuel tax increase whose revenues would go to local governments and the Wyoming Department of Transportation, along with an increase to the state’s tobacco tax.

Connolly wrote that instead of continued cuts, Gordon could suggest a path to pull Wyoming out of the hole and right its fiscal course.

“He could have centered who we are as a state, our vision for the future, and the need for the revenue to accomplish those goals. He could demand of the legislature efforts to secure that needed funding,” she wrote. “That’s true leadership. Instead, we are left with a balanced budget at our own peril.”

In the Department of Family Services, the governor proposed cutting the rate paid to group homes and residential treatment centers for children in the custody of the state, whether through a child protection case or the juvenile justice system. These reductions will save Wyoming $678,400 a biennium.

The cuts could make it more difficult to secure placement for youth in custody — including those in the midst of mental health crises, who may sit longer in juvenile detention centers where they don’t receive treatment.

Less money for treatment and “appropriate placement options” could increase costs at the Department of Corrections and juvenile detention centers, the budget document says.

Another $2 million cut to a related DFS program could increase the likelihood that children need such placements in the first place. That program provides services to children the department is monitoring either because of abuse and neglect or because the child has run afoul of the justice system. The cut will reduce the funding available for ankle monitors, subsidy payments to foster parents and other expenses that can keep such children in family homes and out of community placements.

In both cases — as well as many other of the spending cuts in health and family services — the state’s cut will also cost it money the federal government kicks in on a matching basis. The $2 million cut, for example, will cost Wyoming another $657,102 in federal dollars for that program, according to the agency.

Law enforcement officials, researchers and corrections officials have said for years that a dearth of treatment options in Wyoming increases incarceration rates and subsequent costs. Substance abuse and mental-health issues underlie many crimes.

In 2018, outside researchers found that people failing the conditions of probation and parole were driving an increase in the state’s prison population. From 2014-2017, only slightly more than half of the people out on probation and parole who needed treatment received it. Of those on felony probation or parole during that time, 86% had some need for substance-abuse or mental-health help.

Another proposed cut, in the Department of Corrections, will increase the caseload for parole and probation officers. Another cut eliminates funding for some of the alternatives to incarceration lawmakers passed into law in a 2019 criminal justice reform effort.

At DOH, 90% of the budget goes out to the state’s healthcare providers through grants and contracts, Johansson said. Of the 10% that stays within the agency, the majority goes toward staffing and operating the state’s two facilities — the Wyoming State Hospital in Evanston and the Life Resource Center in Lander.

“We could terminate every single employee in Cheyenne and not get to anywhere close to what the cut targets were,” Johansson said.

One cut of particular concern to Johansson reduces what the state reimburses healthcare providers for taking on Medicaid patients. Wyoming pays such providers a high rate to ensure they’ll take in Wyoming’s low-income residents. In a rural state with limited healthcare, the payments are important to providers and keep healthcare available, Johansson said.

“Our strategy for years and years as a state has been to pay really high rates to ensure that access,” he said. “The more we trim… you can start to tip the balance of providers that accept Medicaid patients.”

Another $750,000 cut will eliminate optional vision and dental care for adults on Medicaid. Matching federal funds will also vanish, according to the budget document, erasing a total of $1.5 million.

Around 9,000 adults used the dental and vision programs in 2019, according to a Medicaid report maintained by the Wyoming Department of Health.