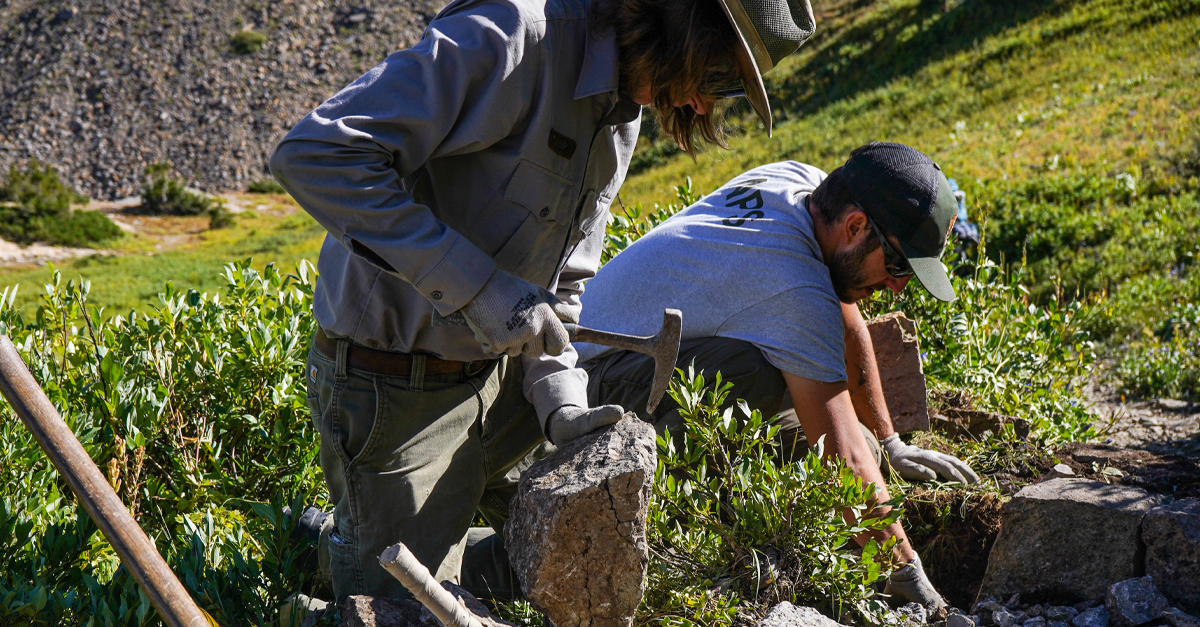 Trail crewmembers works at Hurricane Pass in 2020. According to the National Park Service, sections of the Teton Crest Trail are being renovated in 2021. (Photo by J. Bonney; courtesy of the National Parks Service)

Teton Crest Trail runs a 45-mile long path through the high country of the Teton Range. Trail improvements will be the cause of intermittent 30-minute closures on a section of the trail near the summit of Paintbrush Divide starting Thursday and again in the early part of August.

“Sections of the trail were built by the Civilian Conservation Corps dating back to 1934, and despite constant use, much of the trail has remained largely untouched by park maintenance crews since then,” a statement from the NPS said Tuesday.

Park officials state that visitors planning on hiking over Paintbrush Divide from July 22-27 or August 5-10 should expect delays in both directions.

According to NPS information, Paintbrush Divide is the highest point along the Teton Crest Trail, with an elevation of 10,700 feet (3,261 meters).

“The eastern slope is a scree slope and over time, water flow from melting snow and yearly visitor use has eroded and shifted the trail. The trail damage now poses safety hazards to hikers,” the NPS explained. “During construction, loose materials such as rocks and gravel may be moved downhill and cause a safety hazard to hikers below. For safety purposes, the trail will have intermittent closures during construction activities. Closures will allow uninterrupted work to be performed and time to clear the trail of any newly created hazards”.

The Teton Crest trail has seen other work in recent years. During 2020, Hurricane Pass — which the NPS says was another highly impacted section of the trail — saw work begin. Officials will continue this work during summer 2021. No delays are expected resulting from the Hurricane Pass work.