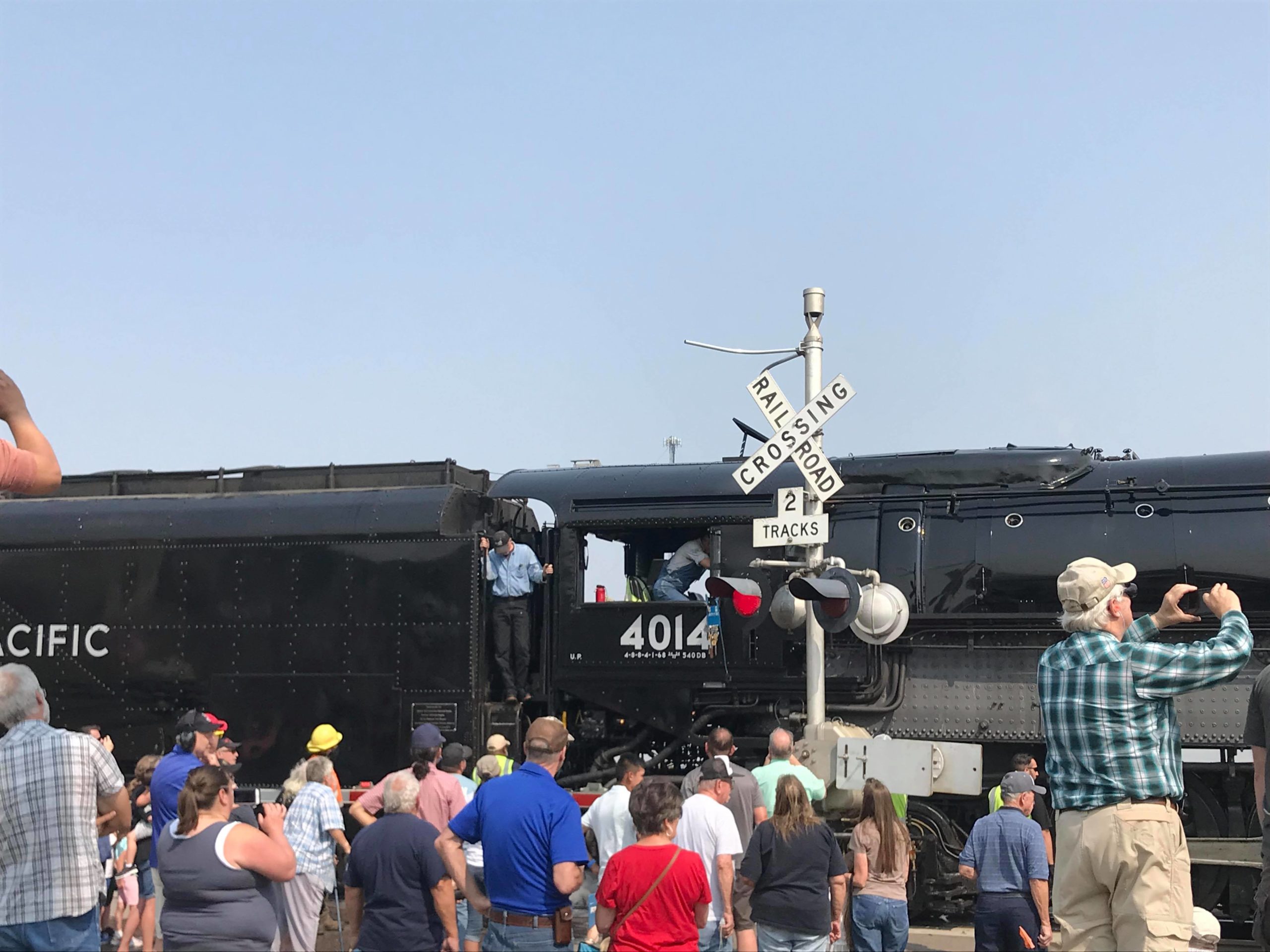 CHEYENNE, Wyo. — Union Pacific’s historic “Big Boy No. 4014” departed from the “Steam Shop” in Cheyenne on Thursday morning to kick off its 2021 summer tour.

Big Boy’s first stop was Pine Bluffs, Wyoming, where an estimated crowd of 200 people gathered to watch it roll in. It lingered for a bit to allow for photos before resuming its travel into Nebraska.

“The Experience the Union Pacific Rail Car, a multi-media walk-through exhibition providing a glimpse at the past while telling the story of modern-day railroading, will accompany the Big Boy on its tour,” UP adds. “A steam tracking map showing No. 4014’s location and route will be available at upsteam.com.”

Tour officials will also be tweeting in real time the train’s progress via the Union Pacific’s Twitter feed.

The locomotive will proceed to travel to a variety of stops across Arkansas, Colorado, Illinois, Kansas, Louisiana, Missouri, Nebraska, Oklahoma and Texas before eventually returning to Cheyenne following its September 6 stop in Denver.

Big Boy 4014 will make whistle stops in a number of communities and will make longer stops for display in the following cities, according to the UP:

UP officials say the tour will be the first since Big Boy was restored for 2019’s “Great Race” tours that celebrated the 150th anniversary of the completion of the transcontinental railroad.

The locomotive’s tour is to celebrate railroad heritage and communities served by UP.

“Weighing in at 1.2 million pounds, the Big Boy makes a big impression in communities it visits, reminding us of bygone days and the important role the railroad continues to play in our global economy,” said UP Senior Vice President Scott Moore. “This summer, we are proud to announce that the Big Boy will be back to tour through 10 of the states and hundreds of the communities which Union Pacific serves.”

25 “Big Boys” were built for UP, the first of which was delivered in 1941 “to handle the steep terrain between Cheyenne and Ogden.”

“Of the eight still in existence, No. 4014 is the world’s only operating Big Boy,” UP adds. “The other seven can be found on display in Cheyenne, Wyoming; Denver, Colorado; Frisco, Texas; Green Bay, Wisconsin; Omaha, Nebraska; Scranton, Pennsylvania; and St. Louis, Missouri.”

UP provided the following safety tips for people viewing the locomotive as it passes: