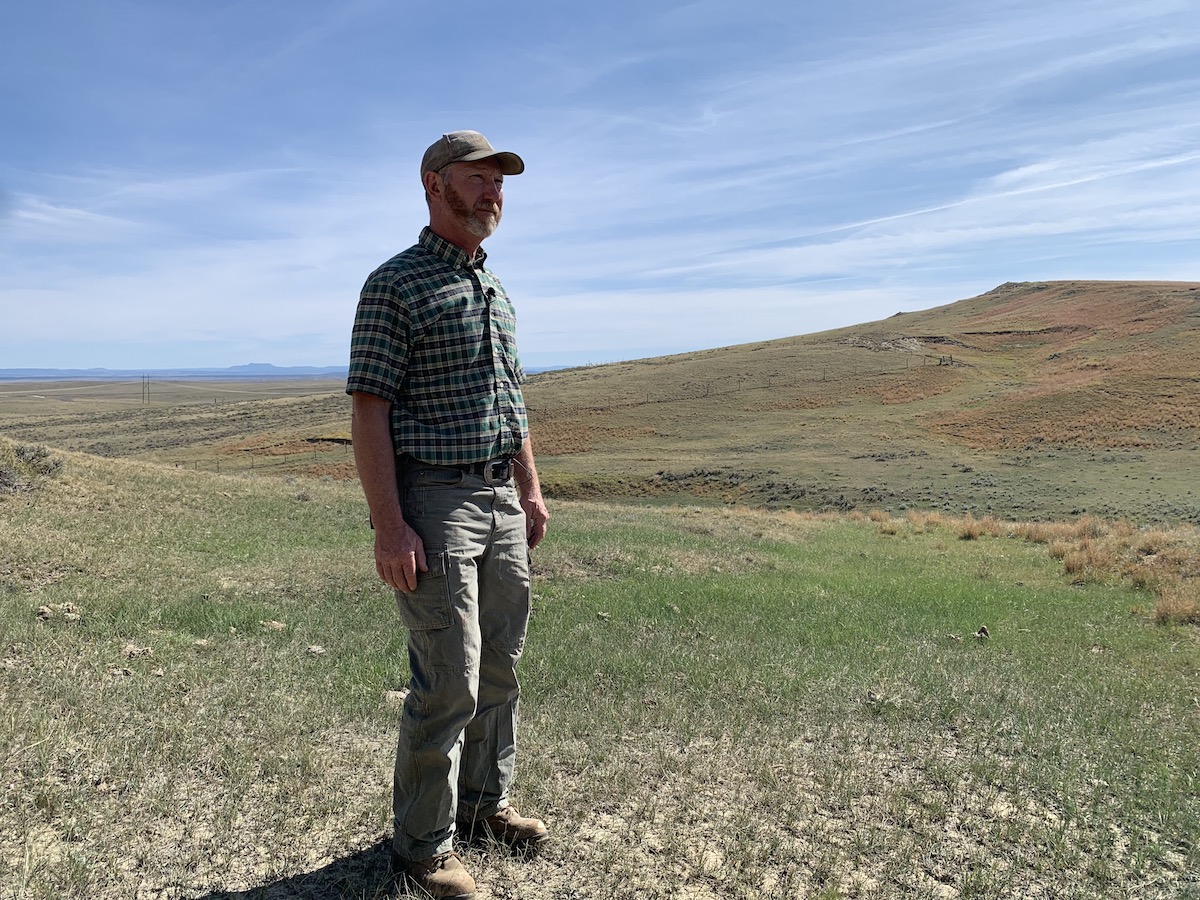 “Let’s face it, we just had four months of August [climate conditions] and we’re not even out of September yet,” said House Speaker Eric Barlow (R-Gillette) who operates a cattle, yak and sheep ranch near the Powder River in Campbell County.

“All of this,” Barlow said last week, gesturing to several large haystacks piled up on his property, “is 100% more supplemental hay than I usually have to buy.”

In Crook County, cattle rancher Thayne Gray also said he rarely has to buy supplemental feed. That’s due to an intense rotational grazing strategy that usually sustains his herd year-round, even on the high and dry plains of the eastern Powder River Basin where the average annual rainfall is less than 18 inches. But this year is different.

“We’ve already grazed everything this summer,” Gray said last week while driving through a pasture in a 4-wheel all-terrain vehicle. “The native ground that we typically winter on is grazed out, and so yeah, it’s a different year, and it’s a hard year.”

To avoid culling his herd, Gray is forced to spend thousands of dollars for deliveries of hay from out of state as he prepares for winter, he said. He’s paying about $250 per ton of hay delivered from Colorado, Gray said. Typically, he’d pay about $160 per ton.

Out-of-state hay deliveries are in such high demand in Wyoming that Gov. Mark Gordon issued an executive order Sept. 22 to temporarily allow larger loads and extend the hours that truckers can haul livestock feed. The variances are in effect through Nov. 30.

Wyoming saw triple-digit high temps beginning in June, and higher-than-average temperatures persisted throughout the summer. Much of the state is experiencing “severe” or “extreme” drought conditions, according to state and federal officials. That follows more than 10 years of drought that’s gripped almost the entire West.

Climate scientists say much of the region is now entering a megadrought. “This appears to be just the beginning of a more extreme trend toward megadrought as global warming continues,” according to research published in the journal Science.

In Wyoming, a few wetter-than-normal years in the past decade have provided little relief. Ranchers, farmers and others in the agricultural sector have felt the impacts.

“There certainly are serious conversations anticipating that next year is going to be another difficult one,” Wyoming Stock Growers Association Executive Vice President Jim Magagna said. “We’re not going to recover from this in one year, at least according to some of the weather data that I’ve seen.”

Nearly every county in Wyoming currently qualifies or has qualified for federal emergency drought assistance sometime in the past year, according to the U.S. Department of Agriculture.

“The duration and intensity of current drought conditions are merciless, and the impacts of this summer’s drought will be felt by producers for months to come,” Agriculture Secretary Tom Vilsack said. The USDA on Sept. 8 said it “plans to help cover the cost of transporting feed for livestock that rely on grazing.”

It’s rare that the USDA provides assistance for the cost of transporting feed, Magagna said, and the move speaks to the severity of the situation.

“People are having to bring hay in from further distances, and even finding trucking has been a challenge,” Magagna said. “And it’s terribly expensive.”

The federal assistance available to Wyoming ranchers and ag producers is significant, Magagna said. Whether it’s sufficient, he’s not sure.

Meantime, some ranchers in Sublette County and in the southeastern portion of the state chose to bring in fewer cattle for summertime grazing, Magagna said. To reduce one’s herd size right now is a desperate option, he said, because it can take several years to replenish a herd — and it’s only viable if climate conditions are favorable.

“To be a rancher, you’re an optimist,” Magagna said. “Next year is always going to be a good year. We say that facetiously, but there’s a certain amount of truth to it that people have optimism.”