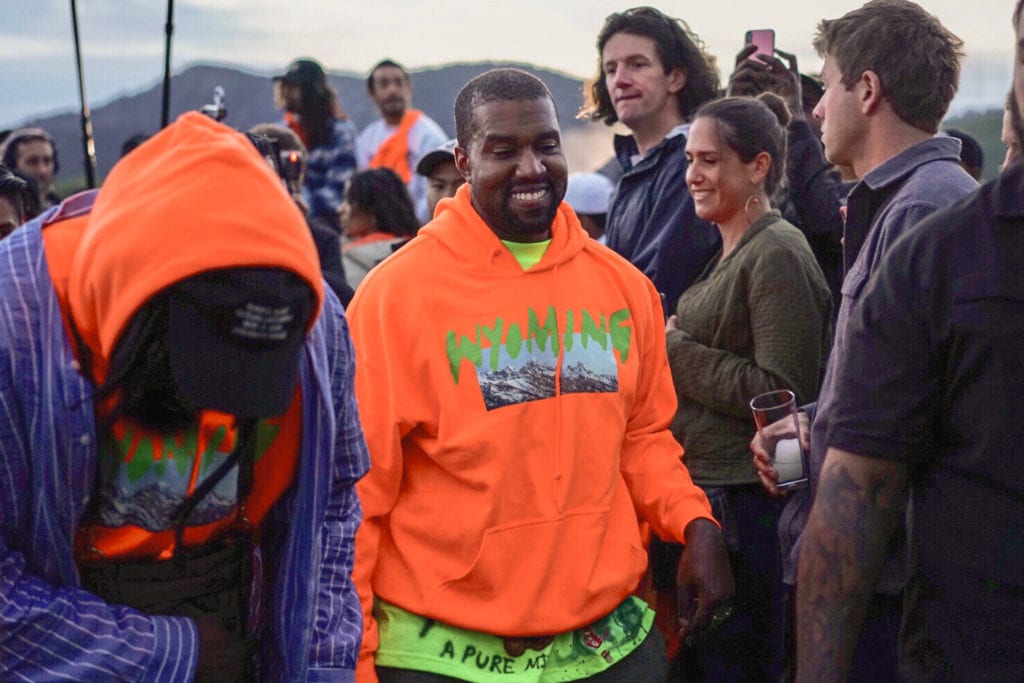 Kanye West sports specially designed Wyoming swag during a listening party for his upcoming in Jackson Hole in June, 2018. The album was mostly recorded in Wyoming. (Hypebeast via Twitter)

Business man and hip-hop megastar Kanye West has listed his ranch in Cody for sale, possibly bringing his Wyoming adventure to a close.

According to the Cody Enterprise, the West Ranch which he bought in 2019 has been listed for $11 million.

The listing by DBW Realty describes the 3,888 acres property as a “premier Wyoming ranch investment.”

West made additions to the ranch such as the go-kart track and Star Wars–themed huts. According to People Magazine, West also installed a recording studio and brought a fleet of large and small vehicles to the property.

Before West bought the property, it was listed for auction for $13.3 million, but it is unknown how much he paid.

Last month, West put additional commercial properties he purchased around the Cody area for sale for more than $3.2 million.

Before buying the properties, West recorded numerous sessions around Wyoming for albums and held a “listening party” in the Yellowstone area in 2018.

For a time, West promised big things for the Cody area, including bringing manufacturing and design jobs for his Yeezy clothing and shoe lines. He organized outdoor church events in Cody and at one time worked with music students at Cody High School during rehearsals for an opera titled “Nebuchadnezzar.”

West posted numerous videos and photos of him recreating on the Wyoming ranch with friends and family. He also registered to vote for the first time in Wyoming in time for the 2020 elections, posting a video of him registering at the Cody elections office.

Since then, his activity in Wyoming has diminished. His marriage to Kim Kardashian has faltered and he completed his most recent album in Chicago.

According to People Magazine, while listing his Wyoming properties for sale, West has purchased a beachfront Malibu property for nearly $60 million.