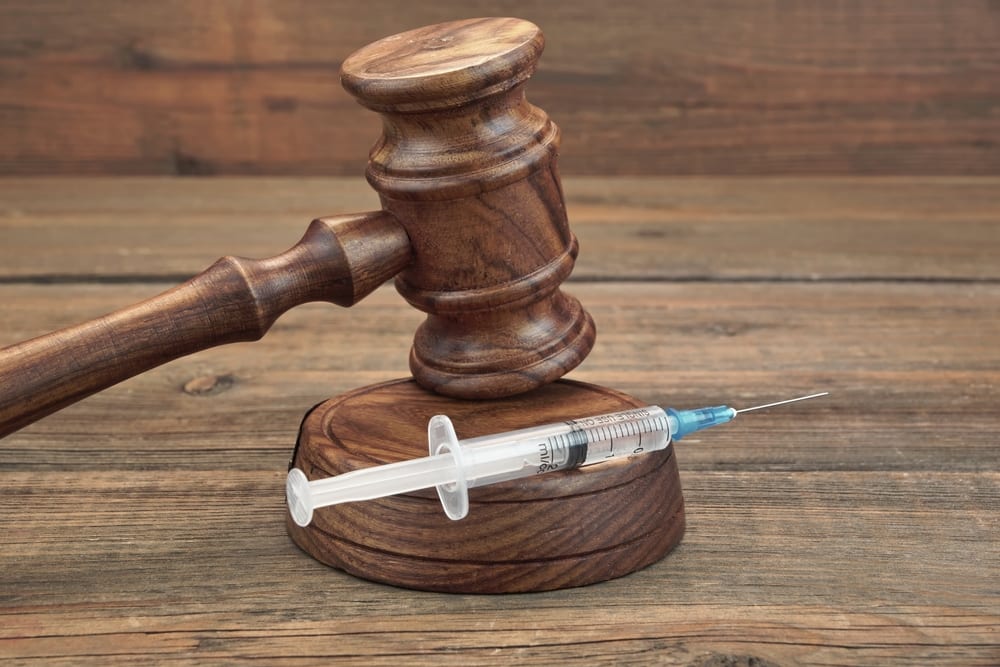 No decision was made in the 9th Judicial District Court Wednesday afternoon in a lawsuit where a man is suing his former employer over mandated vaccine and mask use in the workplace.

During a hearing on October 13, Sublette District Court Judge Marvin L. Tyler was set to hear arguments on if a motion to dismiss a man’s lawsuit against his former employer should be granted, but instead the decision will be put off for a future date.

The motion for dismissal had been filed by the Defendant in the case, represented by Casper-based Attorney Tim Stubson. The motion claims that the Plaintiff failed to make a proper claim, failed to properly process a required summons to the Defendant, and did not properly serve paperwork in the case.

The plaintiff, identified as Benjamin Dean Crosland of Pinedale, filed an affidavit on July 28 asserting that he is a “living man retaining all of my God given rights, including sole possession and sole use of all my biological materials which are granted to me by my creator” and “retains the right to decline all attempts to access, influence, and or otherwise alter any and all of my God given biological material and or biological systems which are unique, flawless and original design and craftmanship of my creator and of which my Creator has granted me sole possession, proprietorship and full use of.”

The motion for dismissal was filed in response to this affidavit on August 23.

During the hearing, Judge Tyler told Crosland that the second plaintiff filing in the case was unclear if it was meant to be an amendment to the original affidavit filed.

“My intent on the affidavit was to defend my rights against Enterprise so they would no longer continue to harm me,” Crosland told Judge Tyler during a conference call. “But because they harmed me and terminated me, that’s when I filed the complaint.”

Crosland is representing himself in the case.

During the October 13 hearing, both parties agreed to move forward with the understanding that the defendant would be Enterprise Products Company, who is also represented by Stubson. It was also decided with the second plaintiff filing serving as the complaint in the case, the decision to dismiss would be put off for a future date.

An amended motion to dismiss, addressing issues brought up in the second plaintiff filing, was filed on September 27, and it is that amended motion that will be decided at a date as yet undetermined. The filing period for a response to that motion was still open during the October 13 hearing.

“I don’t want to go beyond bounds of what’s allowed by due process, other than the motion to dismiss on the [July 28] affidavit,” Judge Tyler said.

A date for the next hearing was not determined by the close of proceedings.