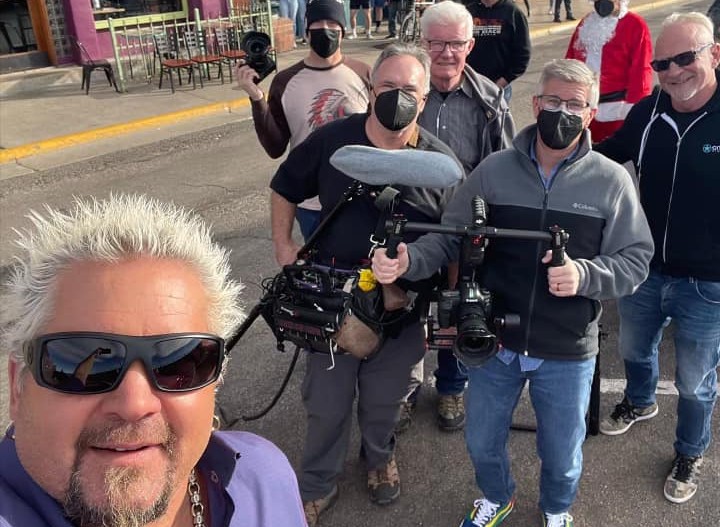 Food Network Celebrity Chef Guy Fieri posted selfies from the Wyoming Community of Laramie on Monday afternoon, announcing that the chef’s television show is shooting an episode in the Gem City.

Details were not posted along with the selfie, save for Fieri reporting that an episode of his long-running series would be shooting at an undisclosed restaurant.

One of the two selfies posted from Laramie also included a surprise guest appearance from none other than the legendary Christmas figure Santa Claus.

“We got Santa on set!!” Fieri touted.

Diners, Drive-Ins, and Dives is one of many programs on which Fieri has appeared over the years, and boasts nearly 420 episodes, totaling over 33 seasons on The Food Network. The show premiered in spring 2007.

“Host Guy Fieri takes a cross-country road trip to visit some of America’s classic ‘greasy spoon’ restaurants, diners, drive-ins and dives that have been doing it right for decades,” Food Network says of the show. “These days, they’re booming again, being run by a whole new generation of owners, and catering delicious homemade food both to baby boomers and a slew of younger fans as well.”