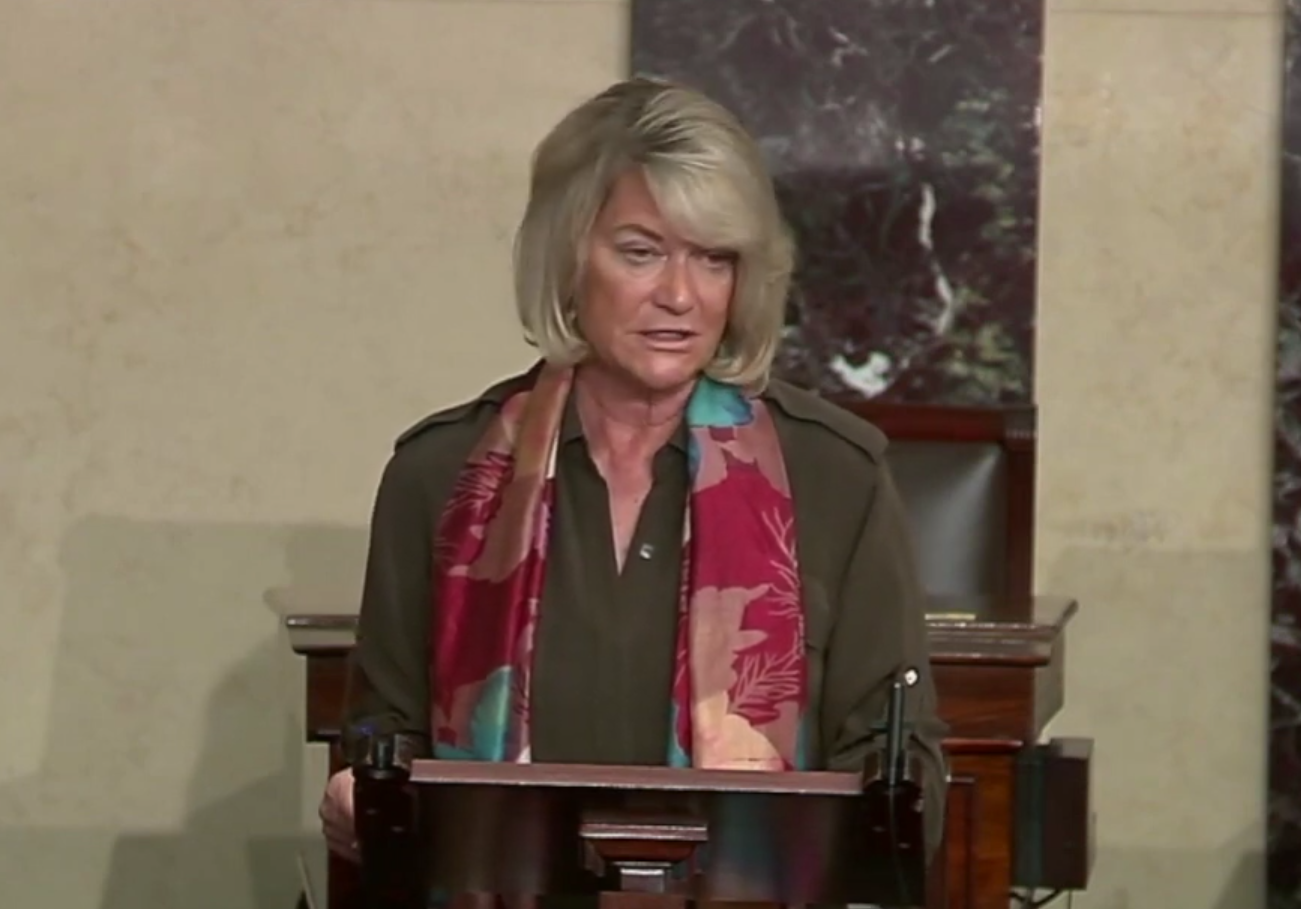 CASPER, Wyo. — Wyoming’s U.S. Sen. Cynthia Lummis said in a press release on Wednesday that she is hoping for a “pro-life decision” in an abortion case that is being considered before the U.S. Supreme Court.

The Supreme Court heard oral arguments in the Dobbs v. Jackson Women’s Health Organization on Wednesday. The case relates to a Mississippi law that would ban most abortions after 15 weeks of pregnancy, according to the Associated Press. The AP reported on Wednesday that the six conservative justices on the Supreme Court signaled they would uphold the Mississippi law.

The case could potentially lead to the court tossing protections of the right for women to get abortions established by the Supreme Court’s 1973 Roe v. Wade and 1992 Planned Parenthood v. Casey decisions. The AP reports that if the Supreme Court were to uphold the Mississippi law, that would “undermine Roe and Casey, which allows states to regulate but not ban abortion up until the point of fetal viability, at roughly 24 weeks.”

The AP added that there appears to also be “substantial support among the conservative justices for getting rid of Roe and Casey altogether.”

Lummis said Wednesday that the case marks “a pivotal moment for our country and I continue to pray for a pro-life decision and for both mothers and the unborn.”

“Early in my legal career, I worked with birth mothers who were giving their babies up for adoption,” Lummis said. “It was an honor to help support birth mothers in facilitating adoptions, and seeing the look on adoptive parents’ faces as they held their child for the first time.”

The senator added that she doesn’t think a pro-life decision in the case would ban all abortions.

“The life of the mother would still be protected,” Lummis said. “A pro-life decision in Dobbs would protect both the mother and her unborn child, and would assert to the world that we, as a nation, value life.”