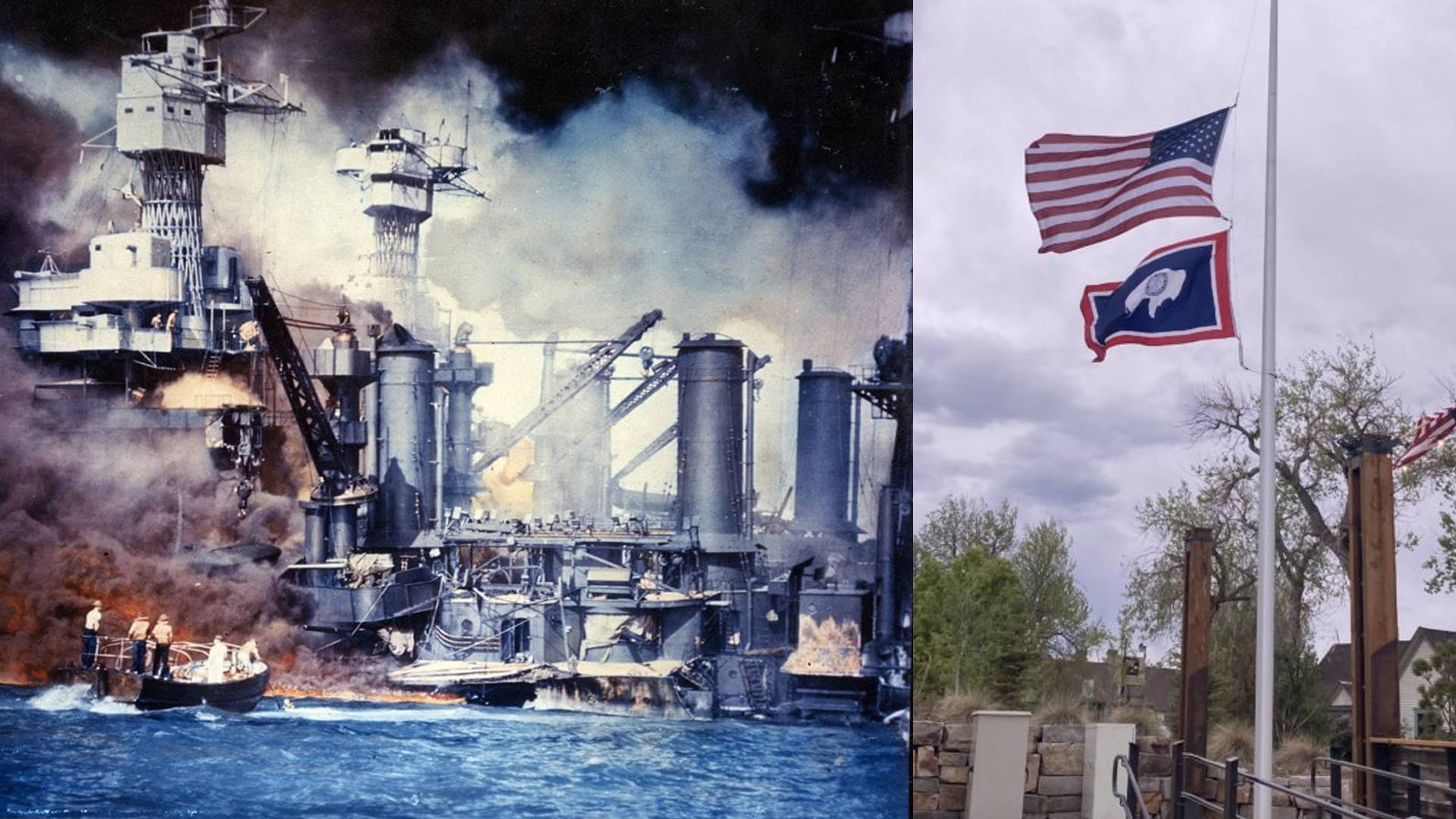 CHEYENNE, Wyo. — In accordance with a presidential proclamation, Governor Mark Gordon has ordered both the U.S. and State of Wyoming flags be flown at half-staff statewide on Tuesday, December 7.

It will be the 80th anniversary of the “date that will live in infamy,” when Imperial Japanese forces attacked the naval base on a Sunday morning in Oahu, Hawaii. The attack precipitated a declaration of war and began America’s direct involvement in WWII.

National Pearl Harbor Remembrance Day is held in honor of American patriots who died as a result of their service at Pearl Harbor, the release from Gordon’s office said.

On December 7, 1941, the Imperial Japanese Navy attacked our forces
at Pearl Harbor and other locations in Hawaii, taking the lives of
2,403 service members and civilians and leading the United States
to declare its entrance into World War II. It was a day that still
lives in infamy 80 years later. As we mark National Pearl Harbor
Remembrance Day, we honor the patriots who perished, commemorate
the valor of all those who defended our Nation, and recommit
ourselves to carrying forth the ensuing peace and reconciliation
that brought a better future for our world. Today, we give thanks
to the Greatest Generation, who guided our Nation through some of
our darkest moments and laid the foundations of an international
system that has transformed former adversaries into allies.

A decade ago, I paid my respects at the USS Arizona Memorial —
where 1,177 crewmen lost their lives on that terrible December
day. To this day, beads of oil still rise to the surface of the
water — metaphorical “Black Tears” shed for those lost in the
attack. Reading those names etched in marble was a mournful
reminder of the sacrifices and the human cost of protecting our
Nation and the ideals this great country represents. Our Nation
remains forever indebted to all those who gave their last full
measure of devotion eight decades ago. We will never forget those
who perished, and we will always honor our sacred obligation to
care for our service members, veterans, and their families,
caregivers, and survivors.

The Congress, by Public Law 103-308, as amended, has designated
December 7 of each year as “National Pearl Harbor Remembrance Day.”

NOW, THEREFORE, I, JOSEPH R. BIDEN JR., President of the United
States of America, do hereby proclaim December 7, 2021, as National
Pearl Harbor Remembrance Day. I encourage all Americans to reflect
on the courage shown by our brave warriors that day and remember
their sacrifices. I ask us all to give sincere thanks and
appreciation to the survivors of that unthinkable day. I urge all
Federal agencies, interested organizations, groups, and individuals
to fly the flag of the United States at half-staff on December 7,
2021, in honor of those American patriots who died as a result of
their service at Pearl Harbor.

IN WITNESS WHEREOF, I have hereunto set my hand this third day of
December, in the year of our Lord two thousand twenty-one, and of
the Independence of the United States of America the two hundred
and forty-sixth.