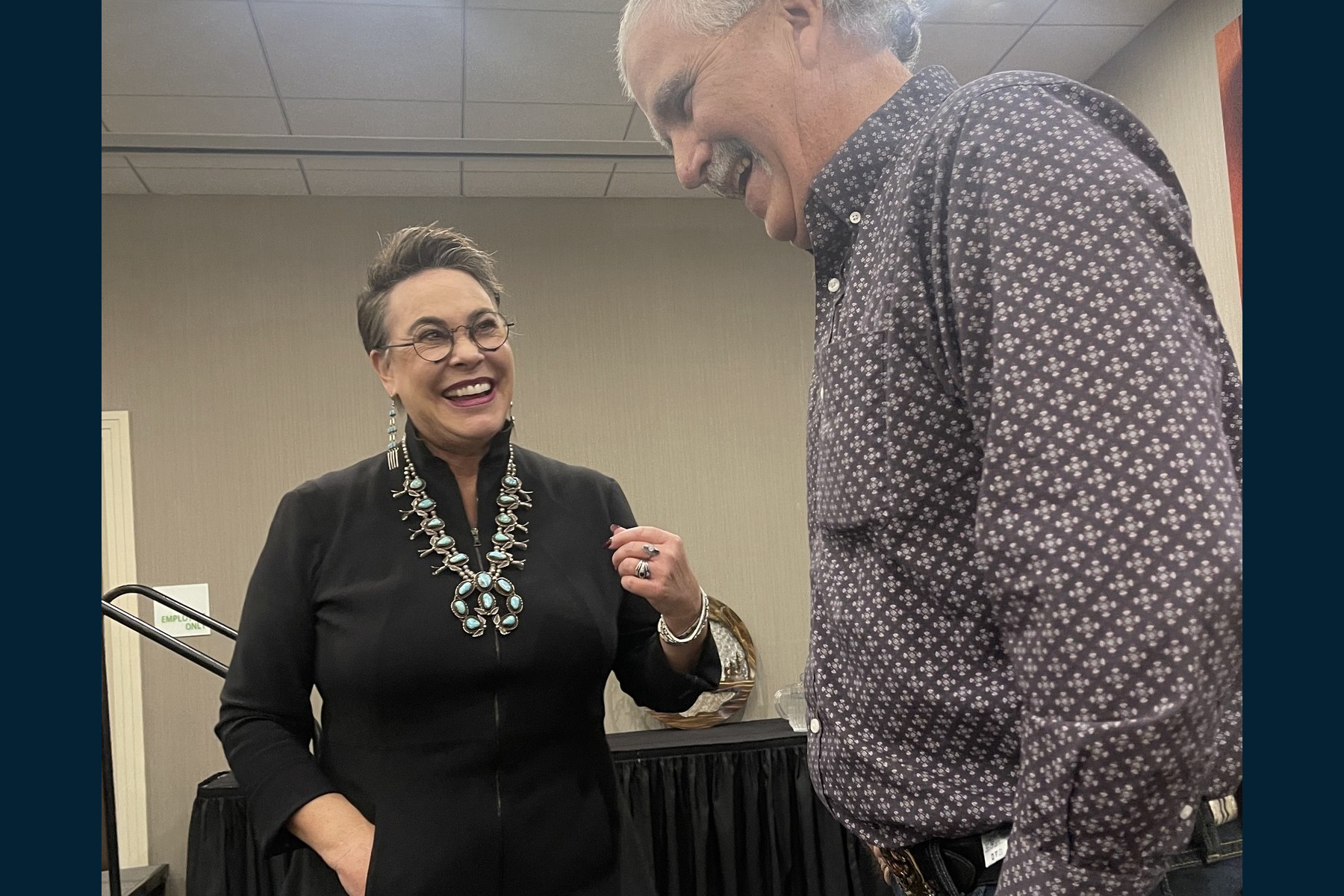 Former President Donald Trump is set to appear at a May 28 rally in Wyoming for Harriet Hageman — despite the objection of one prominent Republican Party leader who says such an event, if sponsored by the party,  violates state election law.

Hageman is the Cheyenne attorney Trump has endorsed to oppose incumbent U.S. Rep. Liz Cheney in the 2022 midterm elections.

The site for the rally has not yet been announced.

At the meeting, Gillette attorney Tom Lubnau objected to the party sponsoring a Trump-Hageman rally before the Aug. 16 primary, which will decide the party’s official candidate. Lubnau, a former state representative and house speaker, supports retired Army officer Everett “Denton” Knapp in the crowded congressional race, he said.

“I think it is a violation of the statute that says that a state party can’t use any resources directly or indirectly to influence an election until after the primary,” Lubnau said. “But I was the only one to raise the objection.”

Wyoming statute 22-25-104 (2013) backs up Lubnau’s assertion. It states that “no political party funds shall be expended directly or indirectly in the aid of the nomination of any one person as against another person in the same political party running in the primary election.”

But according to several of those who attended the Buffalo meeting, the delegates generally welcomed the planned Trump appearance.

Trump carried the state with nearly 70% of the vote in the 2020 election. Eathorne, a Converse County rancher and businessman, and other members at the top of the state party are staunch Trump supporters.

Eathorne attended the Jan. 6 Trump gathering in Washington that preceded the violence at the Capitol building. In a public statement, Eathorne described what he experienced as an “organized and peaceful rally.”

In contrast, Cheney said the violence and the former president’s alleged role in inciting it, are what lead her to support his impeachment.

According to Hageman campaign advisor Tim Murtaugh, any official announcement of a Trump appearance will have to be made by the former president himself.

“But certainly Harriet Hageman is grateful for his endorsement and strong support and knows that Wyomingites will be thrilled when he does come,” Murtaugh told WyoFile. “It will be the biggest political event Wyoming has ever seen.”