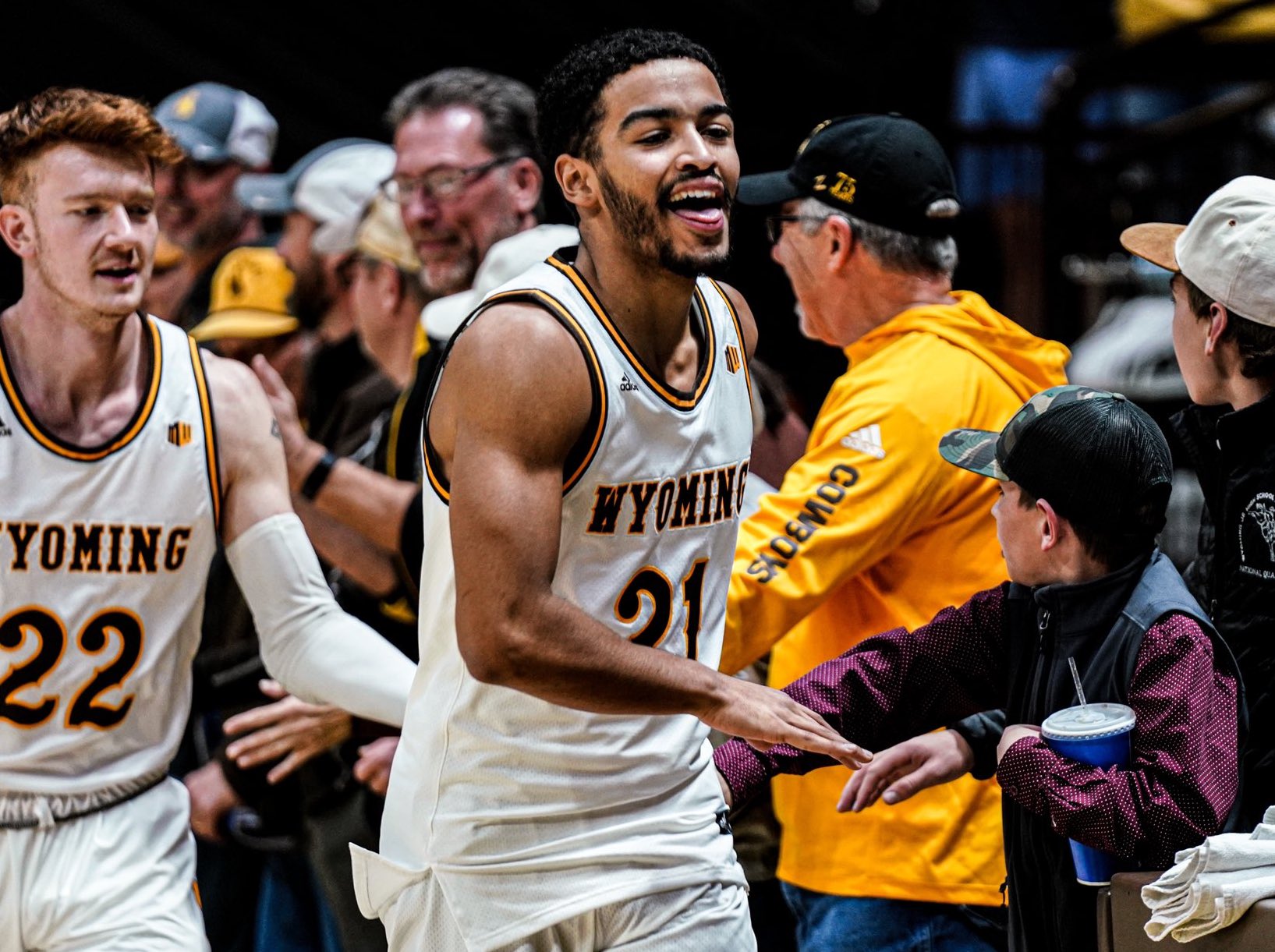 Is a historic year coming for Wyoming men’s basketball?

If the Cowboys’ recent play has been any indication, they’re certainly on pace for one.

The Pokes sit at 8–0 and one of just 12 undefeated men’s basketball teams in the country as they await a showdown with a fellow unbeaten — No. 8–ranked Arizona — on Wednesday night in Tucson. UW was listed as the No. 12 team in the NCAA’s opening NET rankings, one of the main evaluation tools the NCAA Tournament selection committee uses when picking teams for the Big Dance come March.

Ahead of the unbeaten vs. unbeaten showdown with the top-10 Wildcats, here’s a look at where Wyoming stands among the country’s remaining no-loss teams as it aims for its first NCAA tourney since 2015 and just the second since 2002.

Next: Wednesday at Arizona

X-factor: Graham Ike. The reigning Mountain West Conference Player of the Week is a bruising sophomore big man averaging 20.8 points and 9.0 rebounds a night through eight games. He’s currently used on 38.9% of the Pokes’ possessions, making him the highest-used player in the country per basketball analytics site KenPom.

Next: Wednesday vs. Wyoming

X-factor: Tempo. An average Wildcats possession lasts just 14.2 seconds while 71.9% of field goals are assisted, both marks of which are some of the highest in the country. It’s a big reason why three players (guard Benedict Mathurin, center Christian Koloko and forward Azuolas Tubelis) are averaging over 15 points a game at the moment.

Next: Thursday at Rutgers

Next: Sunday vs. Villanova

X-factor: Confidence. The defending national champions returned just one starter (center Flo Thamba) from last season’s team, but coach Scott Drew’s team has reloaded and is in the hunt for a repeat. Guard LJ Cryer (15.4 points) is morphing into a star despite starting just one game in two seasons in Waco, while freshman guard Kendall Brown is already the Big 12’s current leader in field goal percentage (71.9%).

Next: Saturday at Oklahoma

X-factor: The transfer additions. Returner JD Notae (18.7 points, 3.4 assists) has been the stat sheet stuffer, but the Hogs wouldn’t be unbeaten without the add-ons of Pittsburgh transfer Au’Diese Toney and Miami transfer Chris Lykes in the off-season, both of which have hit the ground running and averaged double-figure points along with Notae.

Next: Sunday vs. Long Beach State

X-factor: Mobley Mania. Forward Isaiah Mobley’s brother, Evan, was selected third overall by the Cleveland Cavaliers in this past summer’s NBA Draft. It’s safe to say Isaiah has followed in his family’s footsteps well so far, being a legitimate double-double threat a night (14.0 points, 9.6 rebounds) as the new anchor of the Trojans’ gameplans.

Next: Saturday vs. Georgia Tech

X-factor: Swarming defense. Coach Will Wade, more so known for his efficient offense in Baton Rouge, has amped up the Tigers’ defense by a couple of notches. No team in the country as of Wednesday morning is holding teams to a lower percentage from the field (33.1%) and only two others are allowing fewer points (53.8).

Next: Saturday vs. Mississippi State

X-factor: The deep ball. Wyoming’s rival to the south shoots the 3 better than anyone in the country at the moment (44%) and guard David Roddy is one of the best players in America at it, with the 6-5 Minnesotan currently averaging an incredible 20.9 points per game on 46.7% shooting from beyond the 3-point arc.

Next: Thursday vs. Iowa

X-factor: Ball pressure. A hapless program a year ago that finished an abysmal 2–22, new coach T.J. Otzelberger has surprisingly gotten the Cyclones into the Associated Press Top 25. That’s off of the backs of a defense that averages 10.3 steals a night and is getting great numbers from Penn State transfer Izaiah Brockington (16.0 points).

Next: Wednesday vs. Michigan State

X-factor: Surviving near scares. Minnesota had to go into double overtime with Princeton and skate by with a one-point win over a lowly Pitt team to keep its record unblemished, making it one of the weaker unbeatens in America. Nonetheless, forward Jamison Battle (17.9 points, 6.1 rebounds) is as tough as any post you’ll find in the loaded Big Ten.

Next: Wednesday vs. Fresno State

Next: Wednesday at Washington State

X-factor: A weak schedule. The Wildcats’ best wins so far this year have likely come on neutral courts against Ball State and UMass. But talent is undoubtedly there, like in freshman forward Dillon Jones (13.0 points, 11.3 rebounds per game) and senior guard Koby McEwen, a Marquette transfer putting up numbers of 16.8 points and 4.6 rebounds on 40.4% 3-point shooting.