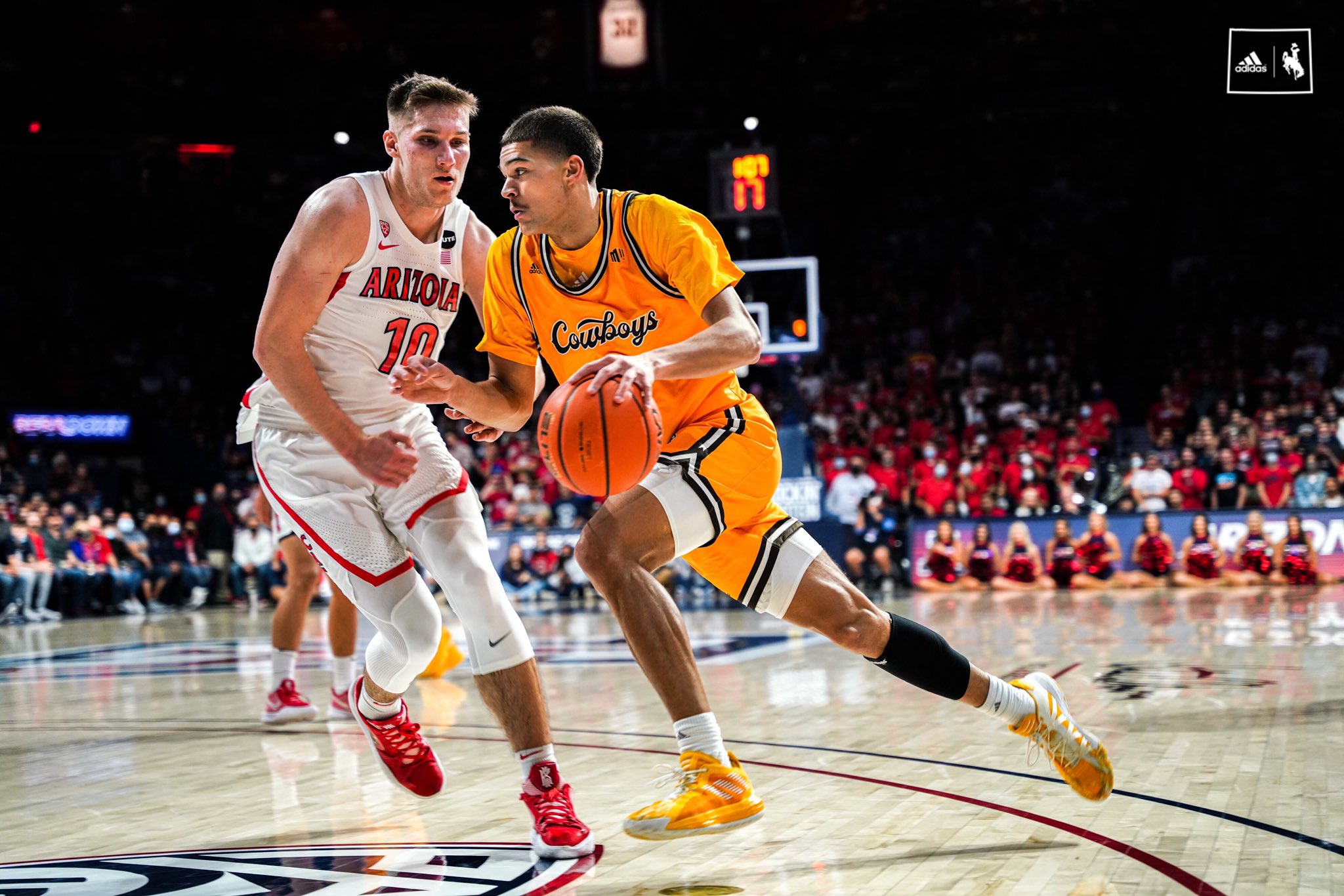 Wyoming men’s basketball rebounded from its first loss of the season at Arizona this past week with a hairy 74-62 win over Utah Valley on Saturday night at Arena-Auditorium in Laramie.

The Cowboys (9-1 overall) led by as much as 14 in the first half and looked to be cruising against a solid Wolverines (7-3) team that has a win over Associated Press Top 25-ranked BYU on its resume. But UVU’s 18-5 run out of a 12-point halftime deficit — giving the Wolverines the lead — put the pressure on UW coach Jeff Linder’s team to respond as the game went along.

Utah Valley was level with Wyoming at 55-55 with just over six minutes to play, but the Pokes got hot just at the right time. The next four made shots of the game were UW 3-pointers, with two coming from senior Drake Jeffries and one each coming from sophomores Xavier DuSell and Brendan Wenzel.

Holding a 67-55 lead at that point, the Cowboys didn’t let the Wolverines get closer than nine points the rest of the way. Five different UW players finished in double figures, with DuSell leading the charge in scoring a game-high 16 points. Jeffries finished with 15, sophomore center Graham Ike had 13, Wenzel managed 12 off the bench and senior guard Hunter Maldonaldo had 10. Center Fardaws Aimaq led UVU with 14 points.

Wyoming gets an 11-day break before traveling to Hawaii as part of the Diamond Head Classic. The Pokes will play Stanford in their first game at a to-be-announced time Dec. 22 at SimpliFi Arena in Honolulu, Hawaii, where they will take on either Northern Iowa or Liberty the next day.