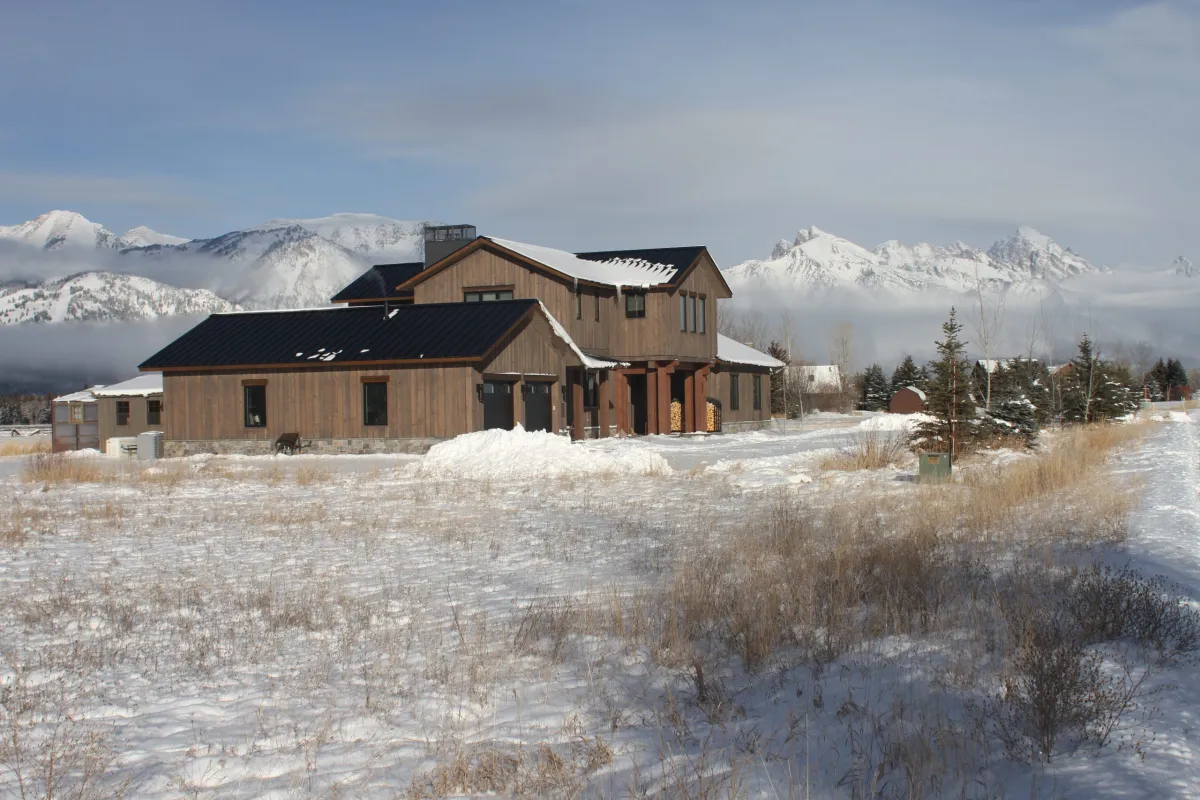 Real estate transactions in Teton County are on pace to surpass $3 billion in 2021. (Mike Koshmrl/WyoFile)

A legislative committee has resurrected a many-times-failed real estate transfer tax, a levy that proponents say could help turn the corner on a workforce housing crisis that’s fraying the community fabric of Wyoming’s costliest locale.

The idea behind the county-optional 1% tax, which has been repeatedly introduced by Teton County’s delegates, is to assess a sales tax on real estate transactions above a certain threshold. In its current form, the bill being carried forward by the Wyoming Legislature’s Joint Revenue Committee could generate perhaps $20 million annually for subsidized, deed-restricted housing or for other community needs, Rep. Mike Yin (D-Jackson) estimated.

“Real estate is to Teton County what coal is to Campbell County, except that we get to sell it again and again and at a higher price each time,” Wyoming Association of Municipalities lobbyist Bob McLaurin said, testifying in support of the bill.

The tax structure being considered would allow counties to exempt up to the first $1.5 million of any real estate transaction. So if a home sold for $3 million, only half of that total might be taxed at the 1% levy if the county sought the full exempted amount. But the proposed legislation also allows counties to set the threshold lower, making the tax a viable option for counties where home prices aren’t so exorbitant.

Counties could pursue the optional tax if half the incorporated municipalities plus county commissioners agree to it, or if 5% of the electorate petitions for it. If that happened, the real estate tax would be put to voters in the county. How the funds would be used would be spelled out on the ballot “in a clear and appropriate manner,” according to the draft bill.

People whose jobs involve housing Jackson Hole’s workforce say the infusion of funds a real estate tax could return could dwarf public dollars currently going toward the cause. Over the past five years, the Teton County government has put $37 million in public funds toward housing, an investment that resulted in 241 new units and leveraged about $100 million in additional private capital, according to Jackson/Teton County Housing Director April Norton.

“That’s about all we can do, because we don’t have a funding source,” Norton said. “We are constantly vetting new potential projects, and our major limitation is funding. We have four [affordable housing projects] in front of us right now, but we won’t be able to afford four. We might be able to afford one.”

In the meantime, hourly wage laborers and salaried professionals who provide Jackson Hole’s most basic services are increasingly being priced out of the place where they work. That’s been an issue for decades, and it has been exacerbated by an aging workforce that’s retiring, cashing out on their high-dollar homes and leaving. Wealthy newcomers with location-neutral jobs are often taking their place.

“We are losing our employees,” Jackson Hole Chamber of Commerce President/CEO Anna Olson told revenue committee members. “My No. 1 issue for employers is the lack of employee housing here, and it’s getting worse by the day.”

Olson urged the committee members to advance the proposed tax so it could be considered in the Legislature’s February budget session, and they did. The committee advanced the 18-page draft bill Dec. 15 by a 8-to-4 vote. A year ago, the Legislature’s Joint Revenue Committee killed a statewide 0.5% real estate tax 7-to-6. More than half that committee’s membership turned over, but there was also one vote that flipped: that of Rep. Tim Hallinan (R-Gillette).

Hallinan was swayed by a new provision in the bill that sweetens the pot for the state of Wyoming, he told WyoFile. Specifically, the Office of State Lands and Investments distributions to local governments exercising the real estate tax would be reduced by 50% — and those funds deflected to the general fund.

Hallinan is also not certain he’ll vote in favor of the real estate tax bill once the entire House convenes in February, he said. Because it’s a budget session, bills require two-thirds majority support to be considered in that chamber.