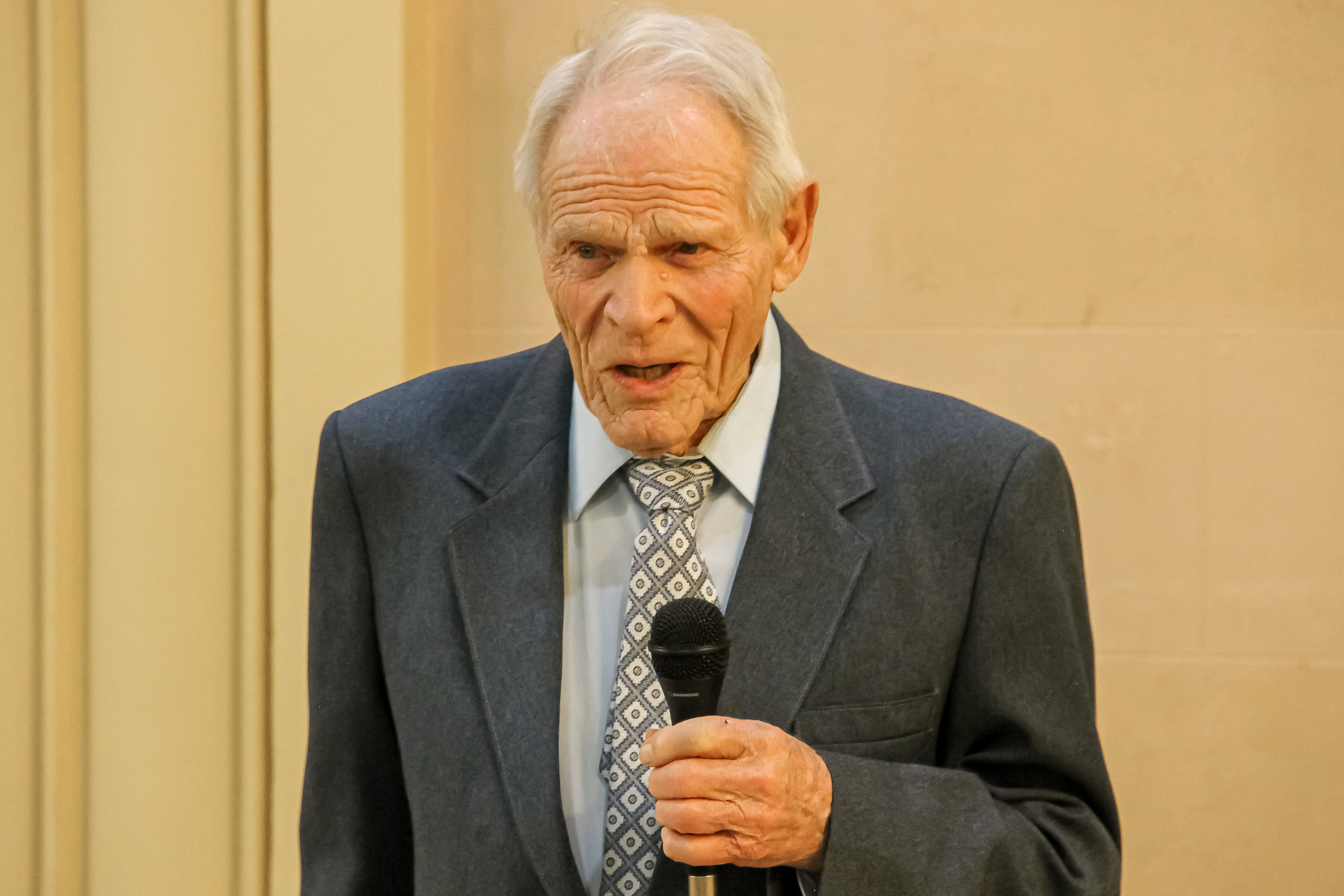 An undated photo of former Cheyenne Mayor Bill Nation, who died last Wednesday at the age of 96. (City of Cheyenne)

CHEYENNE, Wyo. — A twice-elected former mayor of Cheyenne who welcomed multiple presidents to the city and also served briefly as a state representative died last week.

Nation’s obituary states he is survived by his four children, six grandchildren and three great-grandchildren. When asked for comment, the city referred to a message it shared regarding the news posted on its social media platforms Monday.

“We mourn the passing of former Mayor Bill Nation,” the city wrote. “Mr. Nation began his career as a photographer before entering a lifelong passion of civic service as a Mayor and state legislator. We send our condolences to the Nation family. Rest in peace, Mayor Nation.”

Born in Lingle in May 1925, Nation was a professional photographer in his early life before serving with the U.S. Navy in World War II onboard the destroyer USS Schroder. Nation later entered politics following his return from the war, successfully earning the right to challenge incumbent nominee Worth Story in the 1961 city mayoral election before winning to begin his first run as mayor.

During his eras in charge, Nation “rubbed shoulders” with numerous U.S. presidents — including Dwight D. Eisenhower, John F. Kennedy and Lyndon B. Johnson — during their trips to Cheyenne, city officials said to Cap City News. After winning reelection for another two-year term in 1963, he didn’t seek reelection as mayor in 1965.

Following a two-year stint in the Wyoming House of Representatives from 1965 to 1967, where he represented Laramie County as a Democrat — and unsuccessfully tried to earn the Democratic nomination for governor in 1966 — Nation ran for mayor several more times, and in the 1972 election he narrowly beat incumbent James Van Velzor to earn another stint in office.

During his second mayoral tenure, he soundly rejected interest at the time from the American Nazi Party in establishing a national headquarters in Cheyenne. Nation was defeated by Don Erickson in the 1976 mayoral election, running against him again in 1980 but losing the popular vote.

Other political ventures from Nation included time spent on the Wyoming Association of Municipalities board of directors and the Wyoming State Recreation Commission. He continued to live in Cheyenne until his death, eventually having Nationway — one of Cheyenne’s busiest roads — named in his honor.