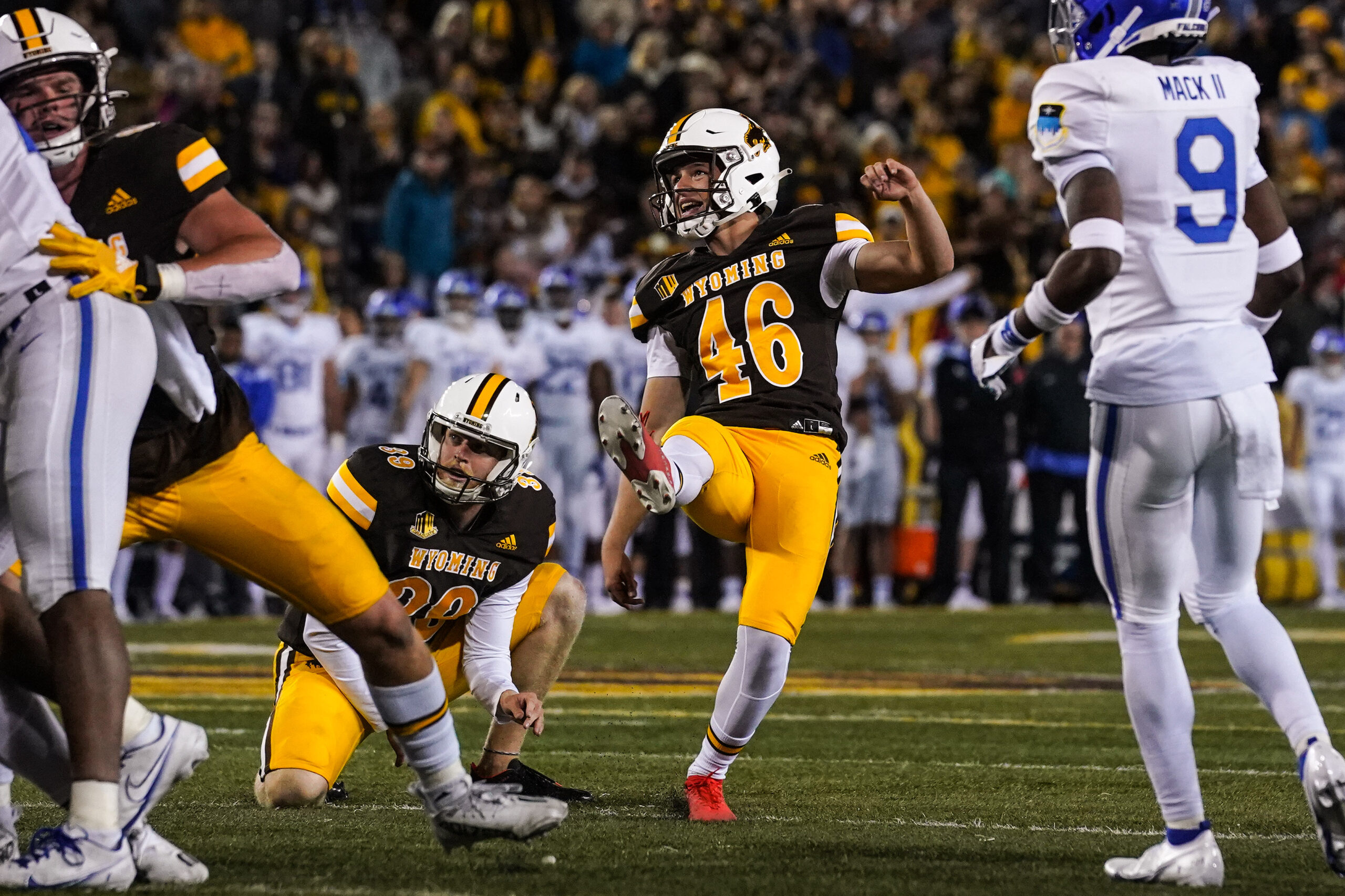 LARAMIE, Wyo. — The Mountain West Conference announced its 2022 All-Mountain West football teams on Tuesday, and seven Wyoming Cowboys were honored. The team was selected in voting by the 12 Mountain West head coaches and media members covering the league.

Gibbs finished the 2022 regular season averaging 9.2 tackles per game to rank third in the Mountain West and No. 23 in the nation. This is Gibbs’s first All-Mountain West Conference honor.

Place-kicker John Hoyland earned first team honors this season for the first time after being a Second Team All-MW selection two seasons ago, in 2020. Hoyland ranks No. 1 in the Mountain West and No. 9 in the country in made field goals this season.