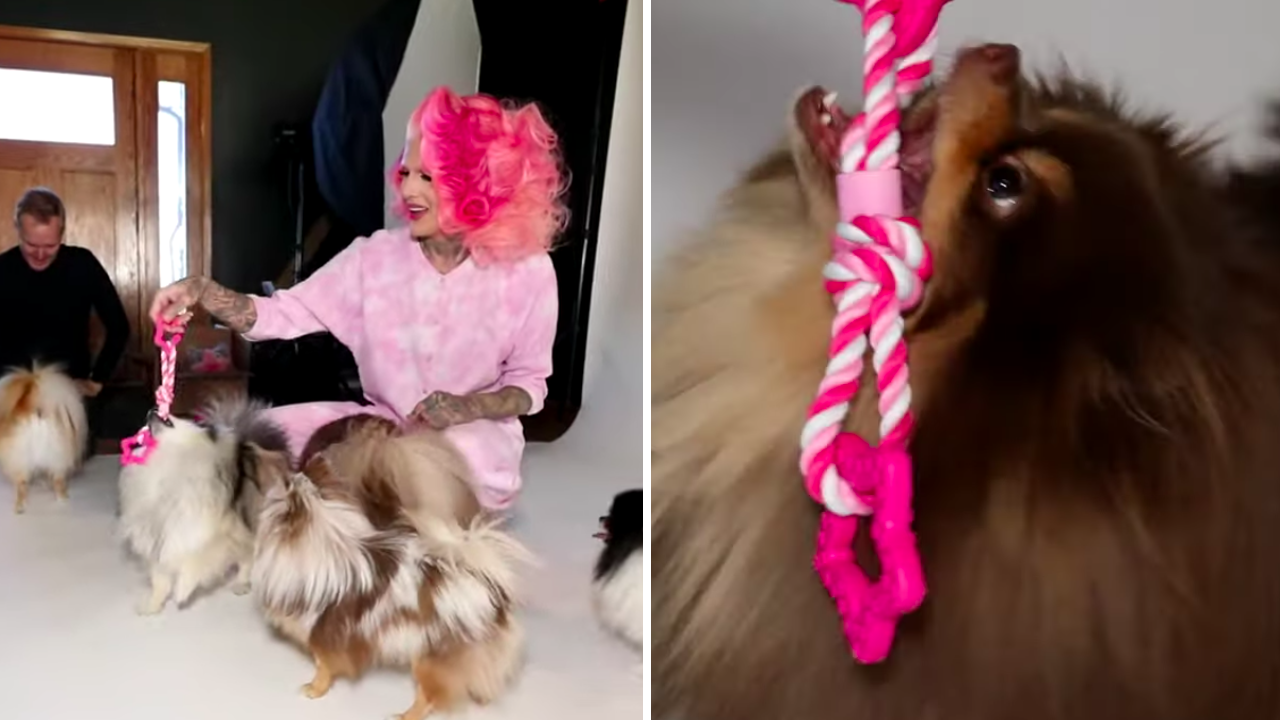 Star’s seven Pomeranians served as the focus group for the development of the eight toys, many incorporating Star’s familiar motifs, and all assuredly “iconic.” The toys include Star plushies filled with crinkle paper, squeaky donuts, and tug-of-war ropes.

There are also leashes, collars, and two-sided food-and-water dishes that seat in silicone mats. Vanity mirrors feature the likenesses of the two Star Pomeranians most known for their preening.

Products are initially available in pink, but more colors are on the way, Star said.