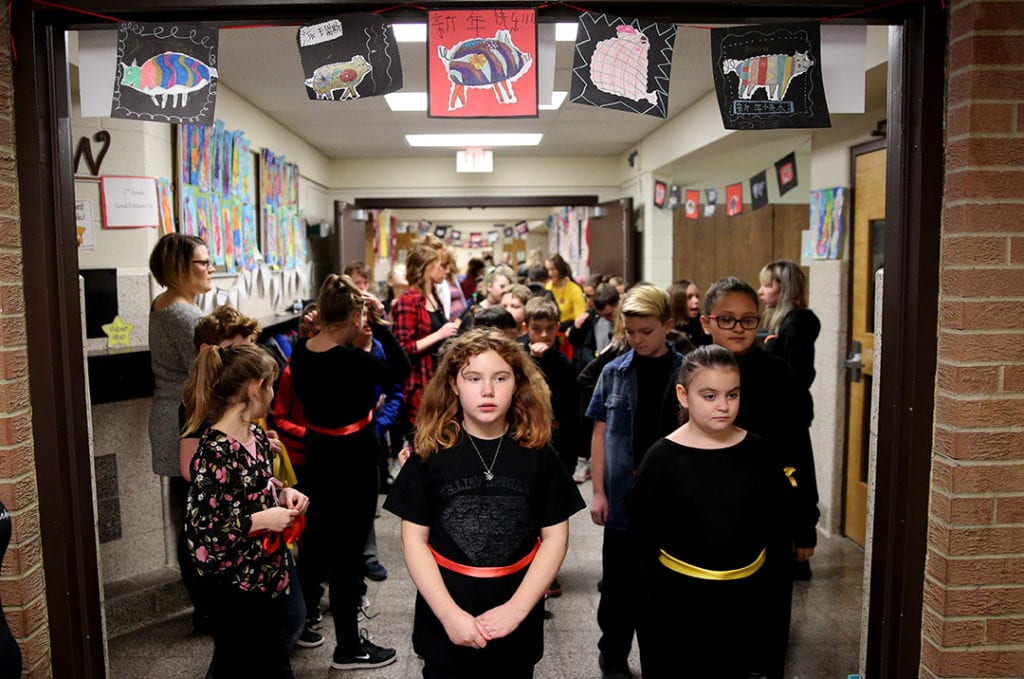 Paradise Valley dual language immersion students sang a Mandarin Chinese song to the Natrona County School District Board of Trustees at the start of their Monday, Feb. 11 meeting. The students all introduced themselves in Mandarin and English before striking up the tune.

One student played strings and another was on flute as the rest of the children gave voice to the lyrics of the traditional Chinese song.

School board Vice Chair Dana Howie expressed how impressed she was at the end of the meeting.

“I just loved the Chinese deal,” she said. “It was so cool.”

NCSD Superintendent Steve Hopkins said he was not only impressed by the music, but was also pleased with how the Paradise Valley program was still going strong.

“Not only has it been sustained, it has grown,” Hopkins said.

The PV students have been busy recently since the Chinese New Year began on Feb. 5. They put on performances at PV on Jan. 31 ahead of their Chinese New Year celebration at the Nic on Feb. 1. Oil City’s Dan Cepeda captured images of their school performance that can be seen here.

Casper’s Chinese community has also been celebrating the New Year. Oil City covered a story about a Feb. 5 New Year’s celebration at J.S. Chinese Restaurant, who also donated food at the PV students’ Nic celebration. That story can be seen here.