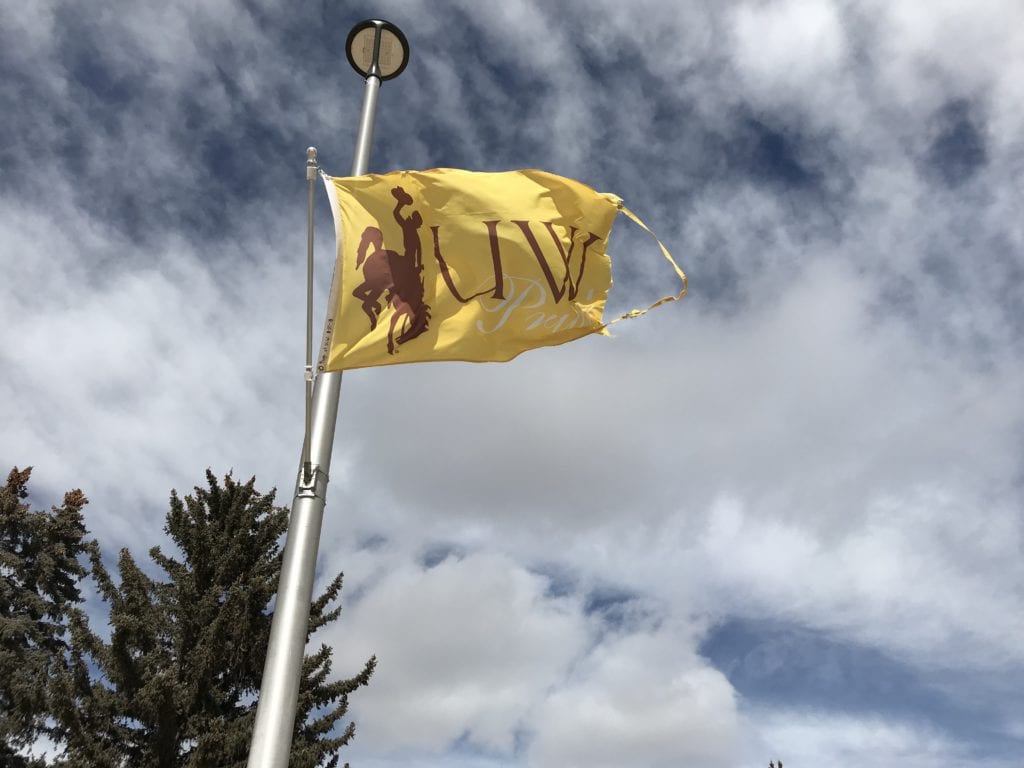 CASPER, Wyo. — The University of Wyoming’s administration have identified a plan to reduce their budget by $42.3 million.

The plan is in response to Wyoming Governor Mark Gordon’s request that state agencies cut their budgets by an additional 10% with the state projecting revenue shortfalls of around $1.5 billion.

The additional 10% cuts to agency budgets would follow the $250 million in reductions finalized in August. $80 million in cuts to maintenance of state buildings and those at the university and community colleges were also finalized this summer.

Gordon also requested that school district voluntarily look for ways to cut their budgets by 10%. In addition, a select committee of the Wyoming Legislature has asked school districts to consider how a 16% reduction to the amount of guaranteed funding they receive from the state would impact their operations.

The Natrona County School District Board of Trustees discussed a draft letter to the committee on Monday that says NCSD could be forced to shutter more schools and eliminate hundreds of positions.

“A budget reduction of this magnitude would require NCSD to eliminate 331 full-time certified positions or 384 positions (combination of classified and certified staff),” the draft letter states.

UW said on Tuesday that their plan to slash $42.3 million from their budget for the current biennium would include the elimination of at least 78 academic and nonacademic staff positions.

UW says that most of those positions are currently unfilled.

“On the academic side, UW primarily would use cash savings realized from the elimination of positions captured through attrition for fiscal year 2021 reductions,” UW said. “Additionally, the colleges and schools would reduce their support budgets — including travel and professional development — and operations budgets, as well as using staff vacancies. The cuts would eliminate 50 currently budgeted positions.”

“On the nonacademic side, the university would eliminate another 28 budgeted positions. Housing, dining, catering and conferences would be reorganized for greater efficiency and productivity. The Department of Athletics would reduce salaries and cut team travel costs. The Office of the Provost would cut about 35 graduate teaching assistant positions and reduce spending on enrollment management and global engagement.”

UW would also look to eliminate or consolidate 20 “low-enrollment academic programs.” This could result in $2.5 million in annual savings.

UW says programs that could be consolidated or eliminated include the following:

— In the College of Agriculture and Natural Resources, the Master of Science and Ph.D. programs in agronomy would be eliminated, and the community development concentration in agricultural economics would be refocused to more closely align with the strategic plan.

— In the College of Education, the bachelor’s program in secondary French, German and Spanish education would be eliminated.

— In the College of Health Sciences, several curricula would be overhauled.

— In the College of Law, the military justice/Judge Advocate General’s (JAG) Corps track and the Summer Trial Institute would be eliminated.

UW says that administration is also looking at “a deeper analysis of the university’s academic programs to free up resources to advance the university’s ‘four pillars’ priorities of becoming more digital, more entrepreneurial, more interdisciplinary and more inclusive.”

“Proposed reorganizations, consolidations, reductions and discontinuances resulting from that analysis would be initiated under UW Regulation 2-13 next spring or summer,” the university adds.

UW President Ed Seidel said in the release that the proposed cuts are intended to be “very strategic.”

“We intend to be very strategic, cut where things do not contribute to the above themes, or where they are stale or not growing, and selectively invest where they do,” he said. “Ultimately, we’re working to help be part of the solution to lay the foundation for the new economy of the state.”

“It will take time and deep faculty discussion and administrative discussions to effectively pivot the university through shared governance processes toward a new vision. The university is committed collectively to making decisions to prioritize specific programs for growth; others for elimination or consolidation; and creating new programs that may be needed to realize our common goals. This will be carried out in conjunction with known university processes for program revision and strategic planning.”

The proposed cuts will be presented for UW’s Board of Trustees’ considerations during their Nov. 11-13 meetings.

“Any cut of this magnitude is difficult, but we believe we have a specific plan to achieve this reduction by finding new efficiencies and eliminating some programs that don’t align with our strategic priorities,” Seidel said in the release. “We aim to minimize the impact to our students; optimize the research we conduct to boost our state’s economy; and strengthen the service we perform for the citizens of Wyoming. This positions the university to develop plans that will, over the long term, enable us to become a best-in-class 21st century land-grant university true to its Wyoming roots.”