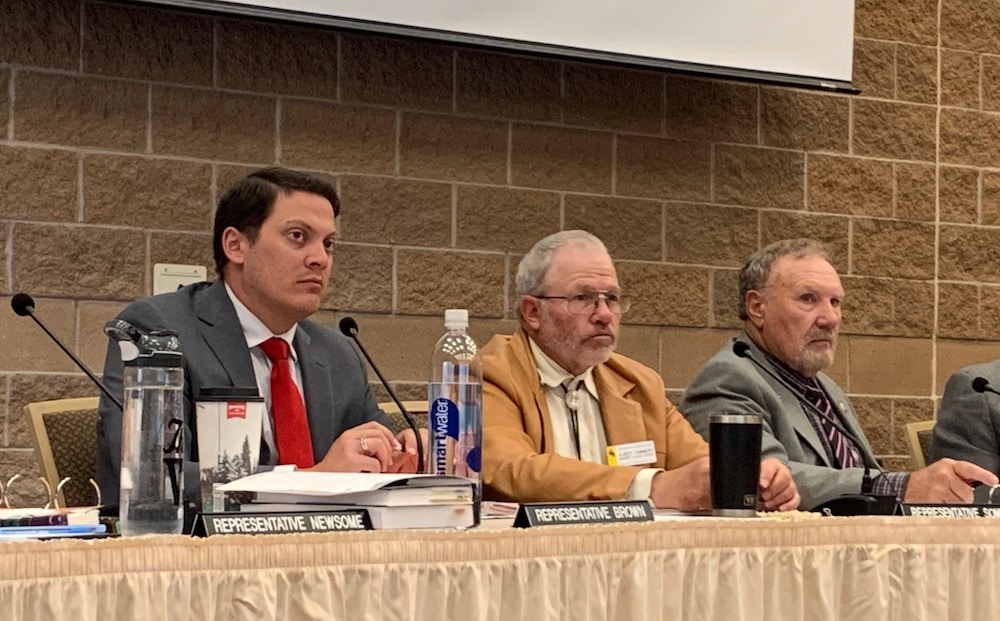 Barring significant cuts, a major rebound in Wyoming’s energy sector or the identification of new revenue sources, redirected rainy-day funds and investment returns may fall short of the education revenue gap by 2025 or sooner, according to state forecasts.

Faith in such a rebound is where lawmakers differ. Some are confident in the state’s ability to continue tying education funding to mineral revenues. They prefer more cuts in K-12 spending and expect that growing returns on investments will make up for declining mineral revenue. Others want to avoid major cuts and say the only long-term solution is to find new revenues from non-mineral sources.

Former House Speaker and current member of the education committee Steve Harshman (R-Casper) has faith in the future of Wyoming’s mineral-based economy, he said. He’s also optimistic that Wyoming’s investment returns will grow the state’s rainy day account — officially the Legislative Stabilization Reserve Account — to the point that it can function as an endowment and backfill future shortfalls in mineral revenue tied to education funding.

Harshman also favors a limited state land swap with the federal government in Teton County, which would provide a one-time injection of millions of dollars into the state’s school trust.

“It’ll work out,” Harshman told fellow members of the Joint Interim Education Committee during a July 19 meeting in Saratoga. “We’re still going to have schools in 2025-26 and beyond, and so we’ll just keep working on this.”

For others — a minority of the Legislature and the Joint Education Interim Committee — faith in a fossil fuel recovery, reliance on the rainy day account and expectations of continually growing returns on investments is not a prudent strategy for the future of K-12 funding.

“There really are only two options,” Sen. Chris Rothfuss (D-Laramie) told WyoFile. “One is to raise additional revenues, and the other is to gut education. And so far, we’ve avoided both.”

A series of Wyoming Supreme Court decisions mandate “equitable and adequate” funding for K-12 schools throughout the state. To satisfy the mandate, Wyoming has “recaptured” and redistributed revenues from fossil fuel-rich counties to equalize what would otherwise be major funding disparities among Wyoming school districts.

But the system only works if Wyoming continues to enjoy massive injections of mineral revenue — most of which comes from federally managed oil, natural gas and coal. Many lawmakers still display confidence in Wyoming’s energy industries, particularly oil, although that confidence is tempered by fears that the Biden administration will severely limit federal mineral leasing and permitting.

Rothfuss said the modest rebounds in coal and oil production and pricing since late 2020 brings both temporary relief and a false sense of security for the future of K-12 funding. The long-term outlook for Wyoming’s fossil fuel industries, he believes, may continue on a downward trajectory.

Meantime, relying on the state’s rainy day account to fill the gap in school funding enables lawmakers to avoid seriously considering raising new revenue from sources other than fossil fuels.

“The idea, at its core, was the rainy day concept, in a hard time, you could use it to get you through the transition,” Rothfuss said. “It was not meant to be a solution, but the ability to adapt and adjust. What we didn’t anticipate, as that was being built up — and I was certainly a part of working to build that up over the years — we didn’t really expect that what it would do is to prevent anyone from having to make the difficult political choices to raise revenue when that became necessary.”

Reform or stay the course?

Harshman told committee members he believes the state can shore up K-12 funding without major tax reform. The state had relied on federal coal lease “bonus payments” to fund the bulk of school capital construction needs, for example, and as that revenue source dried up it was replaced with returns from the state’s investments, Harshman said. The Legislature also passed a measure to shift mineral ad valorem revenue payments from yearly to monthly to speed up the flow of cash to counties and the state’s K-12 operations fund.

Rothfuss told WyoFile the knowledge that the fossil fuel-dependent K-12 funding model likely won’t crash immediately brings him some relief. “At least we have a couple of years, and that also gives us a couple of election cycles.”

“I think you could do 10%, or a little more, and improve the quality of education,” Scott told WyoFile. “If you go 30%, you’re going to really hurt things.”