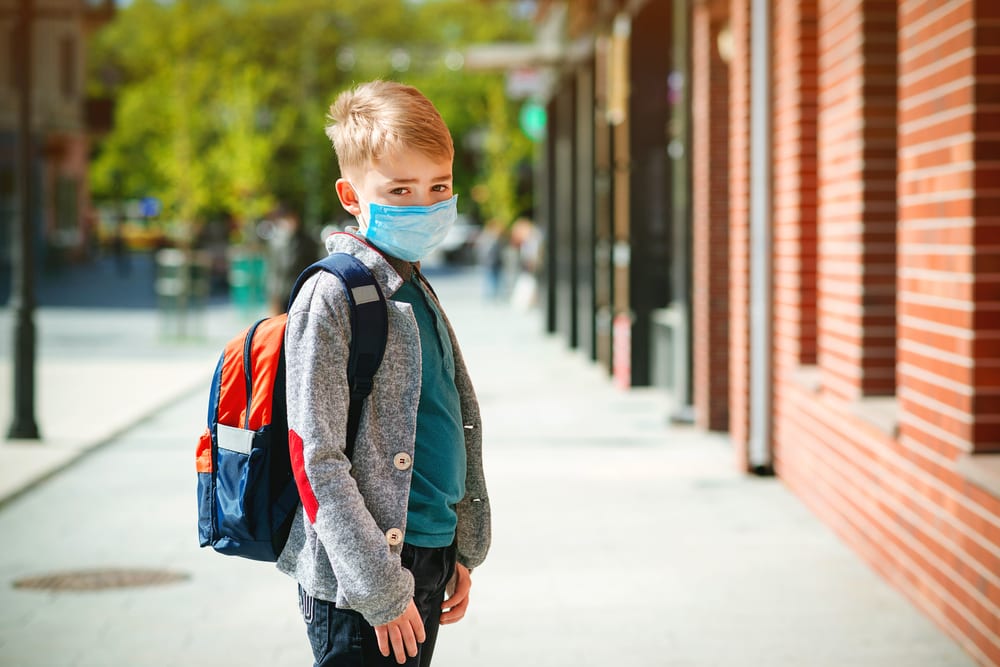 CASPER, Wyo. — “Give me liberty or give me death!”

How does this quotation attributed to a Patrick Henry in a speech made to the Second Virginia Convention in 1775 sound to the ears of people living in the high-speed information environment that is 2021?

Amid the pandemic, some people have expressed skepticism toward messages from health officials and are hesitant to get vaccinated against COVID-19. While unvaccinated people are being admitted to Wyoming hospitals for severe illness at higher rates than those who are vaccinated, such vaccine skeptics still have at least some degree of trust in medical professionals. Otherwise, why are they going to the hospital to receive care from trained, qualified caregivers?

A 2015 study published in the journal Political Psychology titled “Some Dare Call It Conspiracy: Labeling Something a Conspiracy Theory Does Not Reduce Belief in It” found “no evidence that an overall negative view of conspiracy theories rendered the label any more effective in discouraging belief.”

Do people believe everything they say, or do they sometimes say things for rhetorical purposes that they don’t really believe?

When people repeat claims not based in any fact (such as a QAnon conspiracy theory circulating earlier this summer that falsely claimed former Secretary of State Hillary Clinton was hanged at Guantanamo Bay despite her being very much alive, as reported by the USA Today), is this a way to vent emotions more than it is about trying to actually make a truth claim about the world?

When in conflict in interpersonal relationships, people sometimes resort to intense, nonfactual statements about their loved ones that they don’t actually believe. While they may experience regret after saying something hurtful or untrue about their partner, in the heat of the moment anger is a way that people sometimes express underlying feelings of hurt, concern, vulnerability or even care, Dr. Raymond Lloyd Richmond, a clinical psychologist, suggests in his “Guide to Psychology and It’s Practice.”

“How we disparage others reveals who we are and what we value,” Dr. Nick Haslam, a professor of psychology at the University of Melbourne, writes in a piece for The Converstation.

During the Natrona County School District Board of Trustees’s Monday, August 10 meeting, some citizens and parents conspired to urge the board not to adopt mask mandates or vaccine mandates even if local, state or federal health orders go into effect requiring the school district to do so. Here, conspire means “to act in harmony toward a common end,” as given by the second definition of the verb provided by Merriam-Webster.

While some of these parents certainly expressed some skepticism of science, that was only one aspect of their statements. What they really seem concerned about is their take on personal choice and liberty.

“I don’t want to force anybody to take a vaccine that they don’t believe in.”

Mike Pyatt thanked the school district for choosing not to mandate masks during the upcoming school year in the absence of local, state or federal health orders.

“I’m more interested in what I call the physics of liberty,” Pyatt said. “Liberty is not self-perpetuating.”

Pyatt said he works with an organization focused on preserving individual liberties: “We want to make sure that liberty is not a secondary or third thought.”

Pyatt did not make any specific statements about the effectiveness of either vaccines or masks, though he did express some hesitation about allowing science to displace liberty at the top of the value pyramid.

“If you are following science, sometimes I fear you are chasing science,” he said. “It is a little wobbly and it changes. … Virtuous liberty is what we are talking about.”

After this, he said something which suggests that expressions of skepticism toward health officials may be more about the politics of liberty than about doubts regarding vaccines or masks.

“I think the mask is only symbolic of the threat to our liberty,” Pyatt said. “We will not tolerate our liberties either being diminished or undermined.”

Such concerns about individual liberties are not unique to the United States. France has been seeing protests against requiring people to show proof they have been vaccinated in order to travel on public transportation systems, according to the Associated Press.

While some people focused on individual liberties see mask or vaccine mandates as infringing on their liberties, some libertarians argue the opposite, according to an August 4 Voice of America article.

VOA cited Flanigan from a 2014 journal article: “Citizens do not have the right to turn themselves into biological weapons that expose innocent bystanders to undue risks of harm. Mandatory vaccination policies are therefore justifiable in most cases because citizens do not have a right to remain unvaccinated.”

It is unlikely the debate about vaccines will disappear overnight and the debate is likely to continue to be emotionally charged, particularly on social media.

“People share their emotions on social media and evidence suggests that in times of crisis people are especially motivated to post emotional content,” Delft University of Technology postdoc researcher Dr. Steffen Steinert wrote in a study published in the journal Ethics and Information Technology in July 2020. “The current Coronavirus pandemic is such a crisis.”

“Emotion sharing via social media could lead to emotional contagion, which in turn could facilitate an emotional climate in a society.”

Steinert also suggests there may be good reason for skepticism, though not of vaccines or health officials but rather of big technology companies.

“Technology companies are already the big winners of the pandemic because social distancing drives people online,” Steinert said. “The combination of emotional contagion and social media could lead to a change in values. Ironically, the companies that provide the platforms that contribute to emotional contagion and a potential change in value are also the ones that will benefit the most from a potential value change.”

“In the face of a lethal pandemic, privacy may decrease in priority whereas the longing for health and security increases. As a consequence, tracking and monitoring technology in the name of health may look more attractive to people, despite potential ethical risks for privacy. If negative emotions, like fear, prevail, and people are more eager to give up privacy in the name of health and security, technology companies will reap even more benefits. So maybe on top of social distancing what is needed during a pandemic of a highly contagious disease is a little bit of ‘social media distancing’ (Carmichael 2020). Thinking about the impact of social media in terms of emotional contagion and a longer-lasting value change is an important perspective in considering both the hard-to-notice long-term ethical impacts that social media can have and social media’s potential contribution [to] moral regress.”

Meanwhile in Wyoming, health officials are increasingly concerned with most new COVID-19 cases in the state linked to the Delta variant and most hospitalized patients reporting that they have not been fully vaccinated.

“After months of relatively stable case numbers, we have recently seen a sharp increase in most areas of the state,” State Health Officer and State Epidemiologist Dr. Alexia Harrist said in a Wednesday, August 4 press release. “We are deeply concerned. The Delta variant has really changed the COVID fight we have on our hands. Unfortunately, Wyoming’s low vaccination rate makes our state more vulnerable to this highly contagious variant.”

The Wyoming Department of Health said Wednesday that between May 1 and July 28, roughly 95% of the over 5,000 people with a lab-confirmed or probable case of COVID-19 interviewed by public health officials had not been fully vaccinated. During that same time period, 94% of the nearly 300 people hospitalized with COVID-19 reported they were not fully vaccinated.

The Centers for Disease Control and Prevention says that the Pfizer, Moderna and Johnson & Johnson vaccines, which have all have been authorized for emergency use by the U.S. Food and Drug Administration, offer protection both against COVID-19 and serious illness.

While the vaccines do offer significant protections, the CDC acknowledges that no vaccines are 100% able to prevent someone from contracting a virus.

“Vaccine breakthrough cases are expected,” the CDC says. “COVID-19 vaccines are effective and are a critical tool to bring the pandemic under control. However, no vaccines are 100% effective at preventing illness in vaccinated people. There will be a small percentage of fully vaccinated people who still get sick, are hospitalized, or die from COVID-19.”