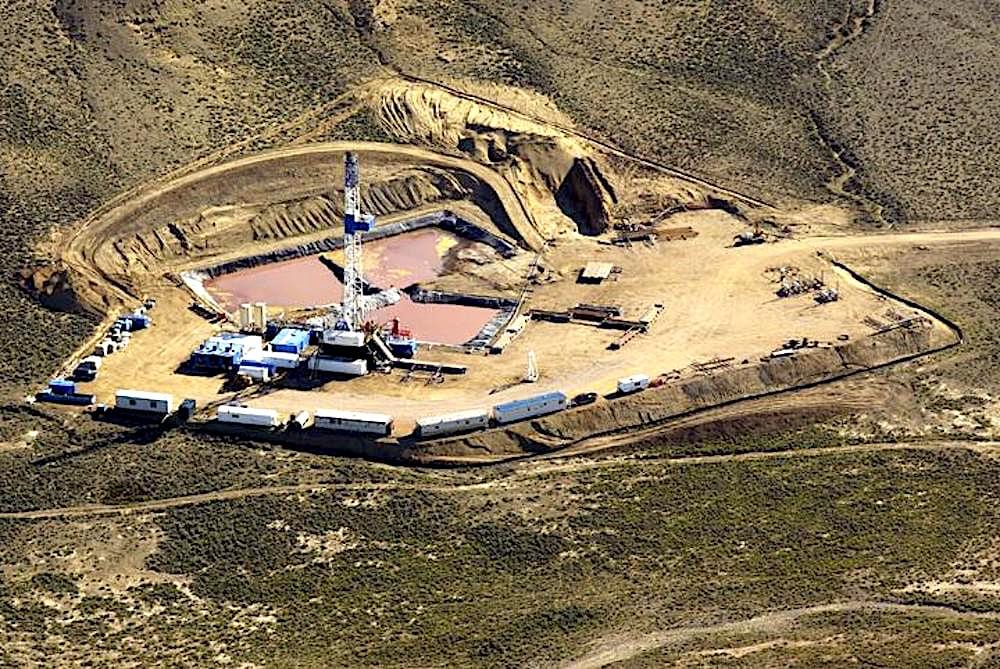 Fitch Ratings named the two companies that operate in the Pinedale Anticline, Jonah Field and Normally Pressured Lance, or NPL Field in an April 13 report detailing broader energy industry woes. Together the companies provide hundreds of jobs and generate hundreds of million of dollars in tax revenues from Sublette County operations annually. The energy sector is among those that are expected to drive the high-yield bond default rate past 4%, Fitch reported.

Ultra Petroleum Corp., which is a parent guarantor of the Ultra Resources bonds, reported April 14 that its independent accounting firm had “substantial doubt about the Company’s ability to continue as a going concern.”

Ultra Resources, which suspended drilling on the Pinedale Anticline last fall, operates 2,703 wells in Sublette County, according to Drilling Edge. Jonah Energy operates 2,700 wells in and near Sublette County and has received BLM approval to develop the 3,500-well NPL field there.

“The coronavirus pandemic and related economic shock has led to rapid and material deterioration in credit quality among the most-affected high yield issuers,” Eric Rosenthal, senior director of leveraged finance, said in a Fitch non-rating action commentary. “Energy … was especially impacted by the decline in crude oil prices as well as the material increase in supply.”

Jonah issued $600 million in bonds in 2017, according to Market Insider, which tracks such financial data. Bond values have plummeted, however. Market Insider valued a Jonah bond that sold for $1,000 upon issuance two and a half years ago at $28.50 on April 24.

Ultra Resources stock that sold for $1 in 2006 closed at five cents on April 23, Markets Insider reported. In 2017, the Securities and Exchange Commission approved Ultra Resource’s request to sell $700 million in securities, due to be repaid in 2022, and another $500 million due in 2025.

Ultra Petroleum Corp, organized under Yukon Territory laws, along with UP Energy Corporation, a Delaware corporation, are parent guarantors of Ultra Resources, for the securities, according to the SEC filing. Ultra Petroleum stock was valued at more than $190 a share at its peak in 2008, but closed at 3 cents Friday.

Despite the financial storm clouds, the natural gas industry will continue to play a significant role in the economy of western Wyoming, wrote Ryan McConnaughey, communications director for the Petroleum Association of Wyoming. Gas-industry troubles reflect those seen in the oil patch — a steep drop in demand related to COVID-19, he said in an email

“PAW continues to work with our state and federal partners to enact common-sense measures to better position the industry as it emerges from the current situation,” he wrote.

Representatives from Ultra and Jonah did not return messages seeking comment. In its April 14 report, Ultra Petroleum wrote that it had engaged with some debt-holders about out-of-court financial restructuring, but “such negotiations are no longer occurring.” Other negotiations regarding in-court financial restructuring are ongoing, the report said. Ultra Petroleum may have to file for relief under Chapter 11 of the U.S. Bankruptcy Code or the Canadian Bankruptcy and Insolvency Act, the company report says.

In a letter to Sublette County Commissioners Jonah also said it faces problems. “We are confronted with a historically challenging price environment and necessarily need to stabilize the adversity we are under,” Jonah Energy Vice President Paul Ulrich wrote in an undated letter that commissioners considered April 7.

Fitch Ratings painted an industry-wide picture. “The Top Bonds of Concern rose 23%, up to $44.1 billion from $35.7 billion last month,” the company said. “Energy makes up 60% of the volume.”

Bonds of concern are those where “there is serious doubt about borrower ability to make good on the payments,” University of Wyoming Associate Professor of Finance Ali Nejadmalayeri wrote WyoFile. A “top” bond of concern is the most worrisome.

Whiting Petroleum’s bankruptcy filing April 1 was a harbinger of the disruption, Nejadmalayeri wrote. One of the leading fracking companies in the Bakken shale field, “its bankruptcy was a signal that this time around the shale operator cannot sustain the storm of COVID-19 plus Russian-Saudi oil war,” he wrote. Ultra and Jonah play in the shale-gas market.

Fracking, or hydraulic fracturing to release natural gas from shale and tight sands formations such as those found in Sublette County, “will become less important” in the oil and gas market, the University of Wyoming’s Enhanced Oil Recovery Institute wrote in an April 21 release. “A focus on conventional oil and gas reservoirs is key for survival of the state’s oil and gas industry during the current economic downturn,” the statement said.

Operators should focus on enhancing production from existing conventional [non-fracked] oil fields, the statement said. “[C]onventional reservoirs are the key to Wyoming’s oil and gas future,” the statement reads.

Wyoming’s Oil and Gas Conservation Commission should immediately change several well-bonding and -idling rules, the institute’s statement reads. The current bonding policy relies on the erroneous assumption that every idle well will become the state’s responsibility, the statement said.

As the gas market founders, the Sublette County Attorney’s Office is reviewing a request from Jonah Energy for tax-payment relief, County Clerk Carrie Long wrote WyoFile on Monday. Ulrich’s letter to commissioners asked that they let the company continue with the old tax payment schedule that allows energy companies to pay county ad valorem taxes many months after production.

That traditional schedule allows ad valorem payments — essentially property taxes — to be made from between 11 to 23 months after production, according to a fiscal note the Legislative Service Office attached to House Bill 159—Monthly payment of ad valorem taxes. Lawmakers passed the bill, and sped up the payment schedule, earlier this year.

The bill, Enrolled Act No. 78, requires the ad valorem payments within months of production, phasing in the new schedule over several years. The law is designed to ensure counties are not left holding the bag in the case of bankruptcies or other financial problems, and was prompted in part by coal bankruptcies. The measure, which went into effect last month, allows companies to seek relief from counties, which Jonah Energy did April 7.

The relief “is critical as it demonstrates the understanding of the [L]egislature that in some cases a taxpayer in good standing should not be required to shoulder additional unnecessary financial burden,” Jonah Energy vice President Paul Ulrich wrote. He asked that Jonah be allowed to continue with the existing, delayed payments.

“Jonah Energy is a taxpayer in good standing,” his letter reads. “We contributed approximately $118 Million in tax revenue to Wyoming in 2019. $30 Million in Ad Valorem taxes alone in 2019.

“One of [the] clearest actions to stabilize and demonstrate certainty is allowing Jonah Energy to remain on the historical Ad Valorem payment schedule.” Ulrich’s letter reads.

Jonah’s entire investment is in Wyoming, the letter says. “We are dedicated to Sublette County and Wyoming,” it reads.

Jonah’s headquarters are in Denver. TPG, also known as Texas Pacific Group, and among the largest private equity firms in the world, owns Jonah Energy. It has offices in Texas and around the world.

The Sublette Examiner first reported the letter and commissioners’ reaction. Ulrich said Jonah would provide “addition[al] guarantees, such as a first lien, that are a better protection for the county,” the newspaper reported.

Jonah has more than 200 employees, according to Ulrich’s statements reported by the Examiner.