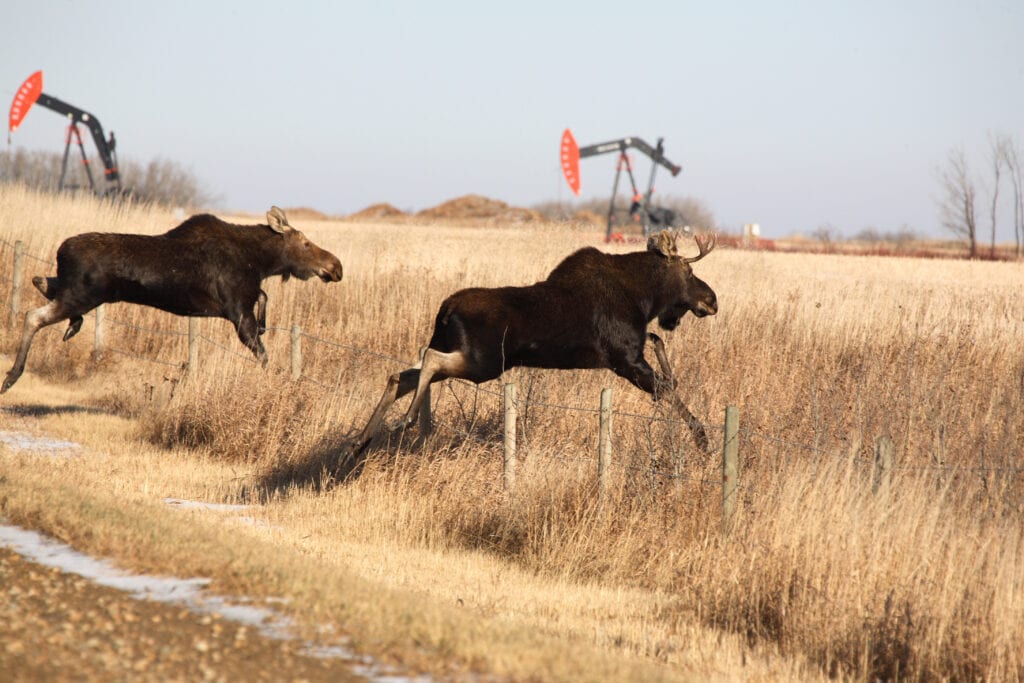 The proposed initiative would designate about 1,150 miles of Bureau of Land Management land in Wyoming for “a dedicated pipeline corridor system,” according to Governor Mark Gordon’s office.

While the governor’s office says the plan would support carbon capture and utilization efforts in the state, the conservation groups are concerned the new pipeline system would negatively impact wildlife habitat and worsen climate change “by increasing oil production.”

“This proposal proves that BLM has as little regard for sage-grouse as the oil and gas industry does,” Western Watersheds Project Energy and Mining Campaign Director Kelly Fuller said in a press release from the conservation groups on Wednesday. “To approve this massive new network of pipeline corridors, BLM will strip protection from tens of thousands of acres that BLM’s own sage-grouse plans say pipelines are supposed to avoid. This is how you drive wildlife extinct.”

The pipeline corridor would cut through the Seedskadee National Wildlife Refuge in Sweetwater County “and other important wildlife habitat,” the release states.

“Current scientific literature assessing the greenhouse gas impacts of enhanced oil recovery (EOR) finds mixed results, not the purely positive climate impact claimed by BLM,” the release states. “While there are arguments for EOR as a way to sequester substantial amounts of carbon, there is also a compelling case against it, namely that it facilitates more production of oil that otherwise would stay safely sequestered underground, thereby making climate change worse.”

The Bureau of Land Management has published their final Environmental Impact Statement (EIS) for Wyoming Pipeline Corridor plan. The conservation groups say that the BLM have not provided support for claims that the proposed projects would reduce future carbon emissions.

“Amid the twin global crises of the coronavirus and climate change, this lame-duck administration’s rush to enable more fossil fuel projects that would further damage the climate and communities is unacceptable and should be shelved,” Alison Kelly, a senior attorney with Natural Resources Defense Council, said.

They said that mule deer populations in Wyoming have declined by over 30% since the early 1990s and that declines in southwest Wyoming have been even higher. Moose numbers have seen a 65% decline “due in part to habitat alteration or loss.”

“The more we learn about big game migration corridors, the more clear it becomes that these migration routes are essential to maintaining healthy and thriving populations of deer, pronghorn, moose, and bighorn sheep,” Sierra Club Wyoming Director Connie Wilbert said. “A number of herds are already struggling, and this ill-conceived proposal could drive their numbers ever closer to the brink.”

The conservation groups joining the formal protest include: