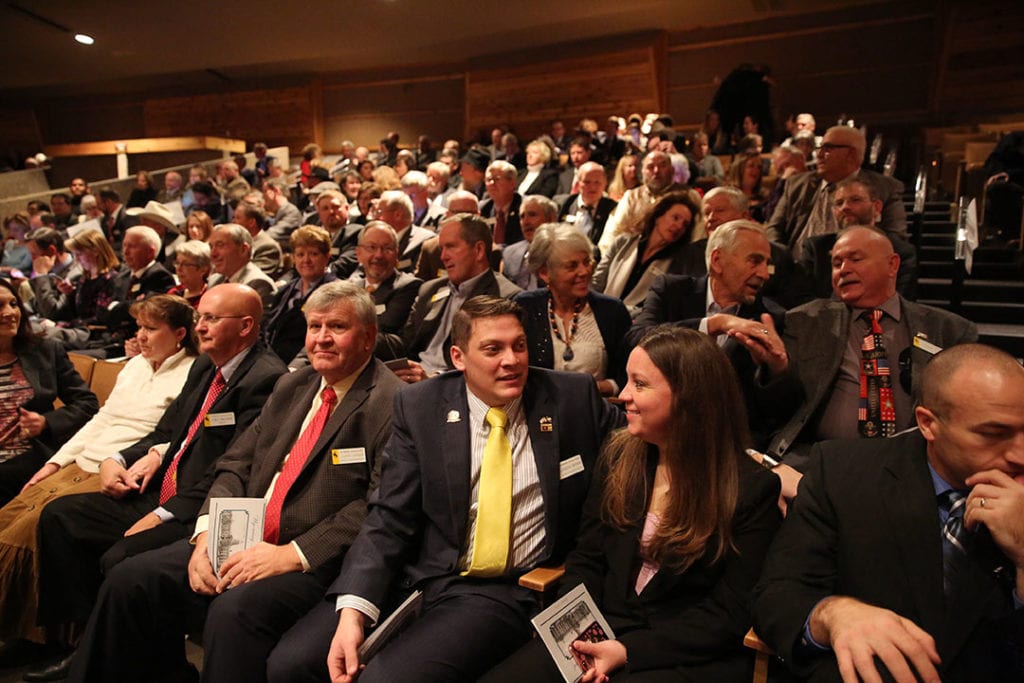 Members of the Wyoming House sit together before the start of the 2019 Wyoming Inaugural on Monday morning. (Dan Cepeda, Oil City)

The Senate passed a bill on third reading that would place the Wyoming Veterans’ Skilled Nursing Facility in Buffalo instead of Casper or Sheridan. The bill was passed on Thursday, Feb. 14.

The bill is now headed back to the House for concurrence, according to the Wyoming Legislature website. The House received the bill for concurrence on Thursday.

The location for the nursing facility has vacillated between mostly Casper and Buffalo, though Sheridan is another location that was closely considered.

Oil City has been covering the bill as it moves through the Legislature. This Feb. 13 article shows the concept site designs for the possible Buffalo, Casper and Sheridan locations.