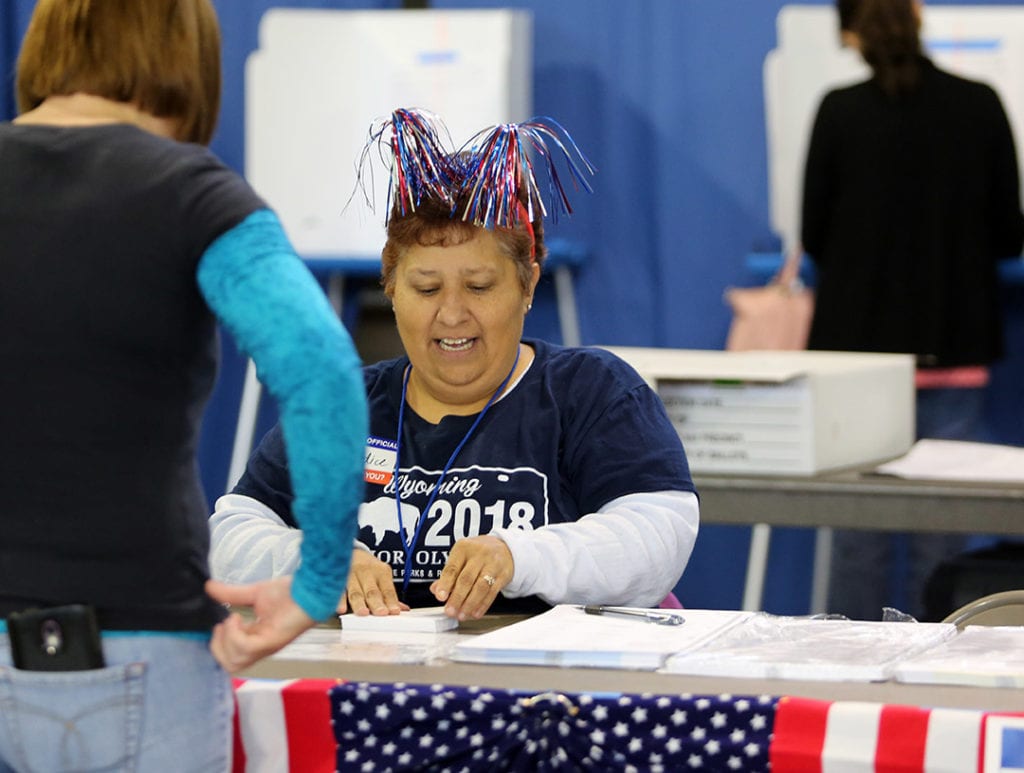 Volunteer Candice Young processes a voter at the Industrial Building during the 2018 Wyoming Primary on Tuesday, Aug. 21, at the Central Wyoming Fairgrounds in Casper. (Dan Cepeda, Oil City File)

The Wyoming Legislature took a number of actions on Friday, Feb. 22. Here is a round-up of some of Friday’s activity: