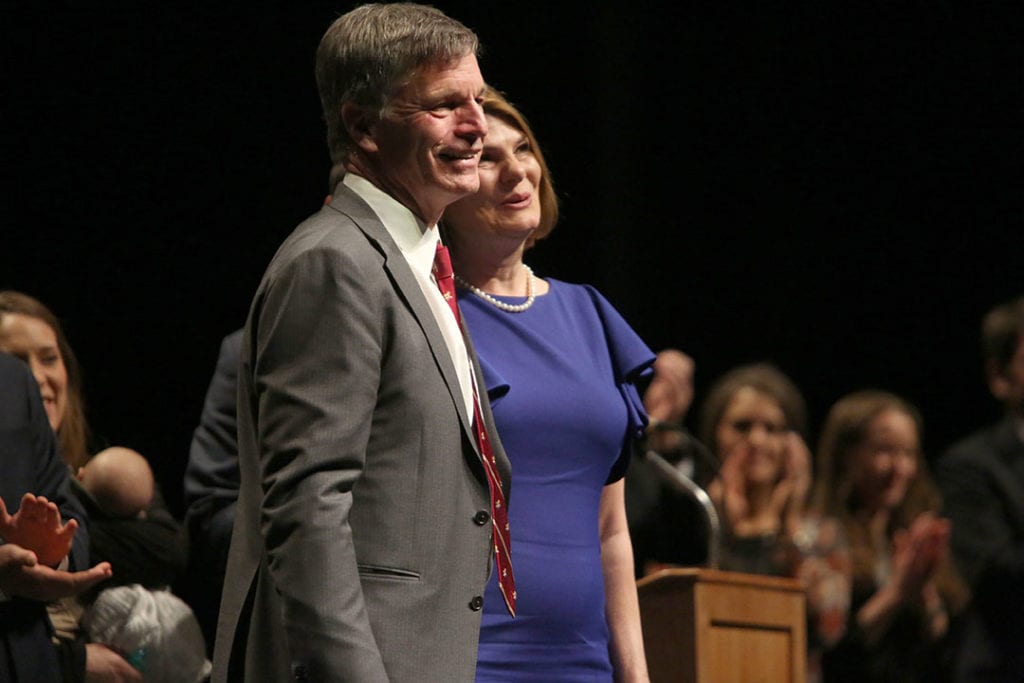 Governor Mark Gordon and wife Jennie take in the applause shortly after he was sworn in during the 2019 Wyoming Inaugural on Monday, Jan. 7, at the Cheyenne Civic Center. (Dan Cepeda, Oil City)

Governor Mark Gordon vetoed a bill on Thursday, Feb. 28 that would have increased the per diem rate paid to Wyoming legislators.

The bill would have increased the per diem legislators are eligible to receive from $109 to $149. The bill stipulated that the state auditor would adjust the rate annually to match the “most recent standard per diem rate established by the United States general services administration for travel within Wyoming.”

It would also have established a 50 percent per diem rate for legislators with primary residences within 25 miles of the Wyoming Capitol Building.

The House passed the bill in January and the Senate passed it on Feb. 11. The House then passed a concurrence vote on Feb. 12 due to Senate amendments to the version passed in the house.

Since Gordon vetoed the bill, the per diem will remain at the flat $109 rate.