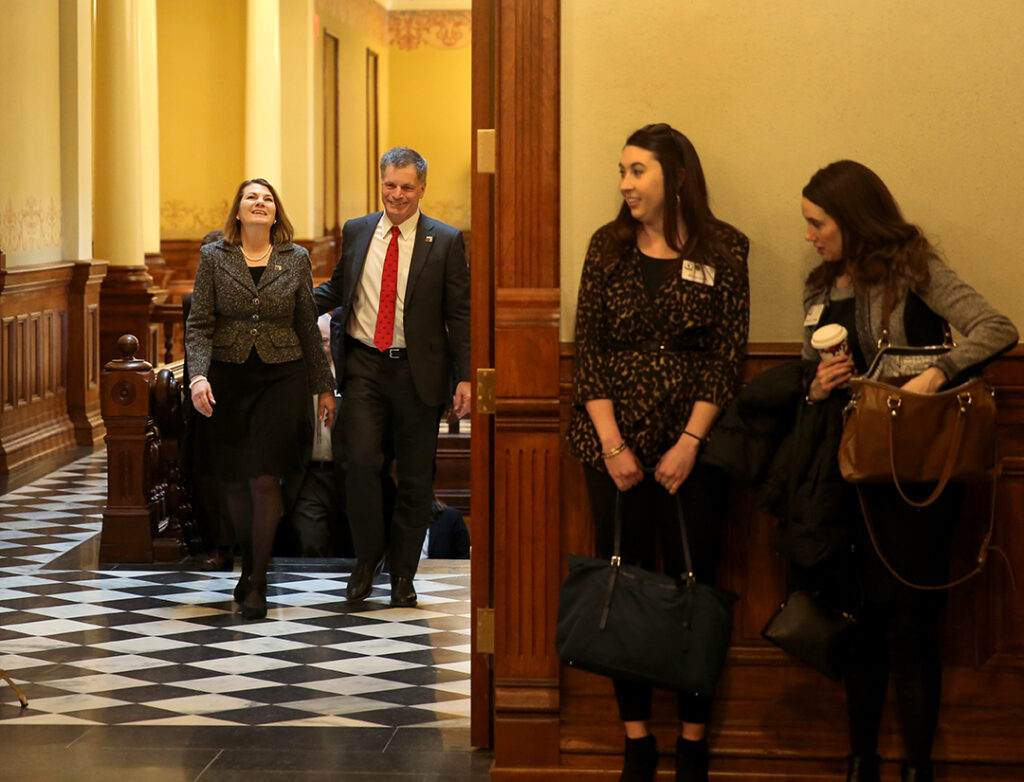 CASPER, Wyo. — A bill that would establish a statewide lodging tax is gaining momentum in the Wyoming House of Representatives.

The House passed the bill on first reading during their Thursday, Feb. 13 floor session. They’d need to do so on two further readings to send the bill to the Senate for consideration.

Governor Mark Gordon has expressed support for the legislation, saying that it could make Wyoming tourism more competitive with other states.

“I applaud our tourism industry and I support its proposal for a lodging tax that would help Wyoming compete with our neighboring states,” Gordon said in his State of the State address. “Tourism and outdoor recreation in Wyoming represents an enormous opportunity to grow our economy. It is a sector which employs more people and returns substantial sales tax revenue. The revenue comes mostly from outside our state.”

The proposed bill would modify lodging tax rules in Wyoming, creating a 5% statewide lodging tax. While local governments could still impose lodging taxes, the maximum local rate would be reduced from 4% to 2%.

The other 3% of the statewide tax would be distributed in the following manner:

-Any remaining revenue would be deposited in the proposed Wyoming Tourism Reserve and Projects Account. No funds would be expended from the proposed account until appropriated by the legislature.

During his speech, Gordon noted examples of tourism’s importance in the state and suggested more could be done.

“Whether is is skijoring at the Sundance Winter Carnival this month, skiing in the Tetons or at Hogadon, ice climbing in Cody, snowmobiling in the Bighorns, a ranch vacation in Saratoga, bird watching on the Cokeville Meadows, mountain biking at Curt Gowdy or Johnny Behind the Rocks, enojoying the Daddy of ‘Em All right here in Cheyenne, or a rodeo almost anywhere in Wyoming, fishing in the Wedding of the Waters or on Glendo, or water skiing on the Gorge or Alcova, Wyoming has a bit of something for everyone,” he said.

“Think about what we can do with Hot Springs State Park. Now there is a new military museum in Dubois opening in May. I could go on, but you get the idea. Wyoming is a marvelous place where you can still get on a river, climb a mountain, or simply enjoy a quiet evening on the plains.”