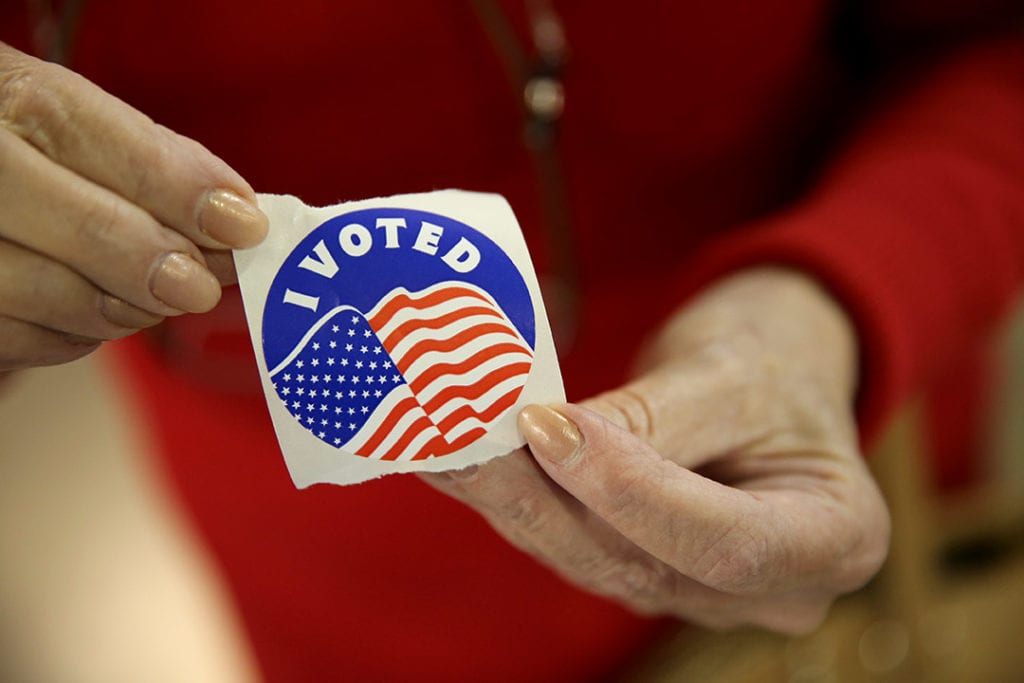 A voter holds an "I Voted" sticker after participating in the 2018 Wyoming Primary election on Tuesday, Aug. 21, in Casper. (Oil City, File)

CASPER, Wyo. — House Joint Resolution 06 which aimed to voice opposition to a “National Popular Vote Compact” has died in the Wyoming House of Representatives.

The House initially indicated they would consider the bill, voting to have the bill introduced and sent to the Corporations Committee on Thursday, Feb. 13. That Committee voted unanimously to recommend the House pass the resolution with no amendments.

That decision place the resolution back on the House’s general file of bills slated for a first reading vote in their Committee of the Whole. However, the deadline for the House to vote on bills on first reading was Tuesday, Feb. 25.

The House did not find time to consider the resolution on first reading. Since the deadline has passed, the proposed resolution will not move forward through the legislative process during this session.

The resolution would have formally stated opposition to a “National Popular Vote Compact.” That compact is an agreement between some states that they’ll award their electoral votes to the winner of the national popular vote in presidential elections.

“The electoral college has been the hallmark of presidential elections in the United States for two (2) centuries,” the proposed resolution states. “The Electoral College provides stability to our democratic republic.”

“The National Popular Vote Compact seeks to undermine the electoral college and upset the established method of presidential election. Should the compact be given effect, rural, agrarian states like Wyoming would be stripped of all electoral power and be seen as no more than serfs in a feudal system.”

The proposed resolution also raised questions about the constitutional legality of the compact.

The House’s introductory vote on the proposed resolution was 54-5. That vote was as follows: