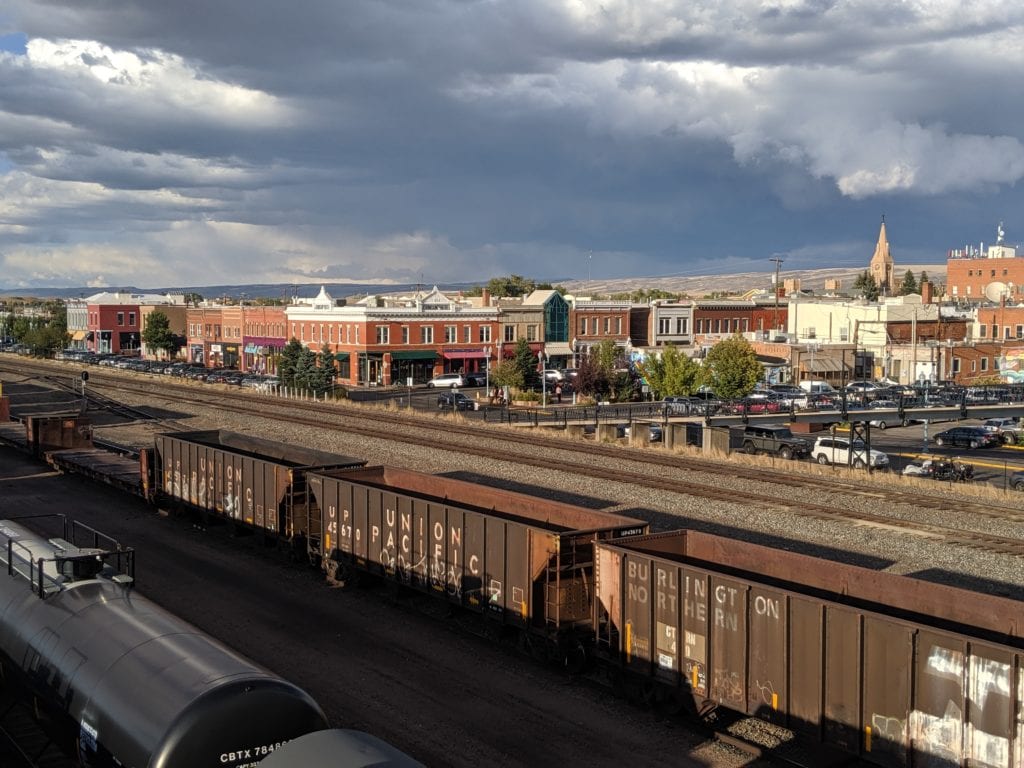 CASPER, Wyo. — The Wyoming House of Representatives discussed railroad safety and whether the state should enact rules to require a minimum of two person crews on trains during their Thursday, Feb. 27 floor session.

House Bill 079 would require minimum train crews of at least two people. With technology advancing, some of the discussion referred to the possibility that trains eventually won’t require any human crews.

“This is a fundamental safety issue,” House District 45 Representative Charles Pelkey said. “Most of us live within a strong breeze of the tracks.”

Pelkey said that “trains are reaching lengths of 18,000 feet.” He noted that the trains sometimes carry hazardous material and that, therefore, the legislation was needed.

“[Trains] can be between 1 and 3 miles long at this point,” she said. “They are barreling through our rural areas at 30 mph. We’ve seen the derailments…one to the west of here.”

Connolly was likely referring to a Union Pacific train derailment near Medicine Bow in Dec. 2019.

While some legislators argued the state should require the two person crews for safety, others said the legislation isn’t needed or that railroad safety is a federal issue and something train companies can address without the need for Wyoming to create rules.

“I really believe that this is an issue between labor and management and it doesn’t belong in the state’s statutes,” House District 50 Representative David Northrup said.

House District 48 Representative Clark Stith said that while some trains are long, that is not true of all trains operating in Wyoming.

“We’ve heard about extremely long trains,” he said. “But the bill doesn’t seem to be drafted as a ‘long train’ bill. Why is this a good idea for really wshort trains too?”

“It will impede innovation,” he said. “In a state that has a very difficult time getting its product to markets, it is going to hurt costs.”

House District 10 Representative John Eklund proposed an amendment to the bill, saying that a compromise was needed to accomodate both train workers and management concerns.

“Folks we had a lengthy discussion in committee,” he said. “There was a lot of testimony there this body is not aware of. The whole issue is not as clear cut as you think after hearing the testimony,”

“There is quite a division between the industry and the workers regarding railroad safety.”

His amendment reads as follows:

“If the train does not have a crew of at least two (2) individuals then the railroad company, corporation or employer and any applicable employee organization have in place an agreement to otherwise account for public and worker safety.”

Eklund said that the “railroad doesn’t like the state to interfere with what they are doing. They have some legitimate reasons for that.”

He said that other states have passed similar legislation to what is being considered in Wyoming. Such legislation may hamper railroad companies efforts to negotiate with labor on a national level.

“These two groups (management and labor) are so big that they probably have no connection with Wyoming,” Eklund said. “It is incredible they get so big they can’t talk. This is meant to be a compromise.”

House District 05 Representative Shelly Duncan said that train industry official have argued that they have sufficient safety measures in place on trains without the need for rules like what the bill proposes. But Duncan said she was skeptical of the truth of those claims.

“All the safety equipment that they talked about, that is not on our coal trains that is going north and south,” she said. “This is about our communities and your and my neighborhoods. It is a serious concern.”

She added that hazardous materials on trains passes through Wyoming on its way to other states. Duncan added that she thinks the train industry is cutting not only train conductors, but also mechanics, rail yard staff and maintenance workers.

With less staff available at railyards, Duncan argued it was important for at least two people to be on the trains in the case of any problems.

Eklund’s amendment was defeated by the House. They then passed the bill on third reading on a vote of 37-22. The vote was as follows:

“No railroad train or light engine used in a class one (1) railroad, as defined by the surface transportation board of the United States or its successor agency, in connection with the movement of freight shall be operated in this state unless the train has a crew of at least two (2) individuals,” reads the proposed legislation.

The bill would also establish penalties for violations of the proposed rules:

The bill would make two exceptions to the crew requirements. Moving locomotives without rail cars attached within a rail yard would not require the human crews.

The operation of “a helper service that temporarily assists a train that requires additional power” would likewise be exempt from the crew requirements.