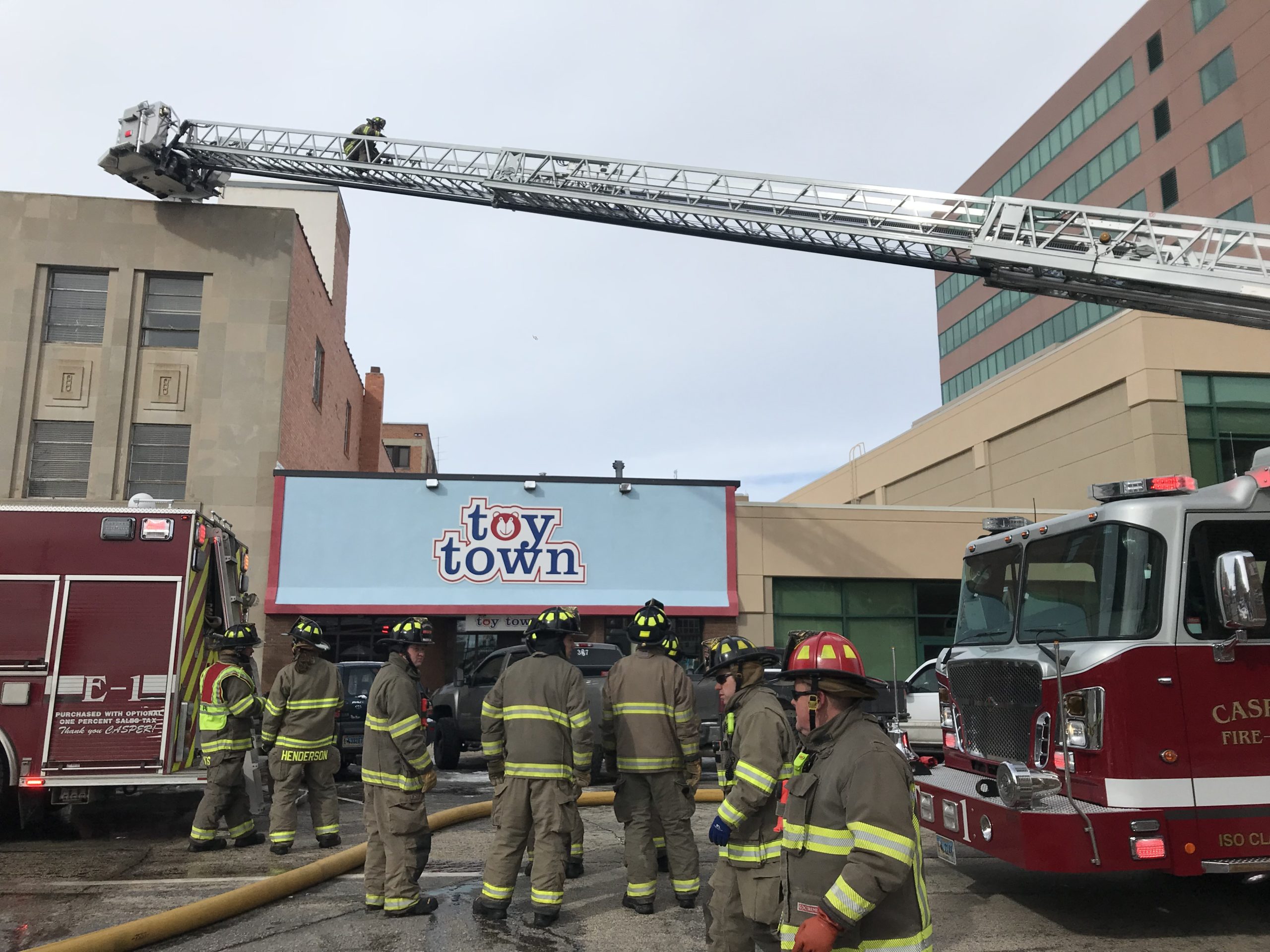 CASPER, Wyo. — The Wyoming House of Representatives adopted two amendments to a bill which would raise the legal age to purchase nicotine products in Wyoming from 18 to 21 ahead of their second reading vote on Wednesday, March 4.

One such amendments exempts firefighters, peace officers, tribal law enforcement officers and military service members from the rules. That amendment would allow such people to purchase nicotine products if they are 18.

House District 01 Representative Tyler Lindholm introduced the amendment and noted that military service members, firefighters and law enforcement are considered adult enough to protect people but that the proposed increase to the minimum purchasing age would suggest that the state thinks “you’re not adult enough to buy a pack of cigarettes.”

“We don’t want to hinder or hurt those people,” he said.

“I would say we need to be careful and not expand the inclusions too much,” he said.

Lindholm argued against that proposal.

“These firefighters, they are taking that legal responsibility to go in and save your house when it is on fire,” he said.

House District 44 Representative Sara Burlingame also spoke against the proposal to remove firefighters from the exemption.

“They are already working on some smoke inhalation issues,” she said. “We know what they do.”

House District 02 Representative Hans Hunt asked whether the exemption would apply to seasonal firefighters during the off season, noting that the exemptions could create some uncertainties.

The House killed Larsen’s proposal to remove firefighters from the proposed exemption.

House District 36: Representative Art Washut said that the exemptions would “be really complicated for our retail clerks” since they would have to verify that someone is a law enforcement officer, firefighter or military service member.

House District 05 Representative Shelly Duncan said that people in the military have military ID, firefighters have cards they obtain through training and police officers have badges.

House District 52 Representative Bill Pownall said that on military bases he understood that “it is pretty much a general order that you will not smoke or use tobacco.”

Lindholm pushed back against this point saying, “There is a strong military tradition in tobacco use.”

The House adopted Lindholm’s amendment. They also adopted a seperate amendment to modify the proposed penalties under the bill to raise the minimum purchase age to 21.

House District 11 Representative Jared Olsen offered an amendment that would reduce the penalty for minors attempting to purchase nicotine products from $100 to $50.

“A monetary fine for a minor makes absolutely no sense,” he said. “Most likely their parent pays it.”

His amendment also modifies the rules for people under 21 found in possession of nicotine products as opposed to being convicted of attempting to purchase such products.

That aspect of the amendment removes the possession penalties entirely. Olsen said that the point of this amendment was to remove law enforcement from dealing with youth nicotine use problems and leave that up to families and educators to address.

“I would urge a no vote on this amendment,” Washut said. “It seems appropriate there be a significant deterrent [discouraging young people from purchasing nicotine products].”

He said that removing the possession penalties would impact retailers who could lose their license for selling to people under 21 multiple times.

“We have captured a group of people that were legal before,” he said. “Suddenly, it will become illegal. I don’t think on the possession piece that is fair.”

“Really the hammer does come down on retail. It is their job [to verify people’s age before selling nicotine products].”

House District 47 Representative Jerry Paxton said that as a former educator, he was in favor of the amendment “espcially in cowboy culture where chewing is pretty prevalent.”

He said that he thought it was better to allow schools to handle nicotine problems among their students internally.

“It is not like they get off scot free,” he said.

The House adopted Olsen’s amendment before passing the bill on second reading.

The minimum purchase age would apply to all products which contain nicotine, including vaping products, under the proposal.

His amendment stipulates that people could not be arrested under Wyoming law for attempting to purchase or possessing nicotine products under the age of 21.

People convicted of attempting to purchase nicotine products under the age of 21 would have this expunged from their criminal records six months after their conviction.

Further details of the bill, including other amendments, is available here.