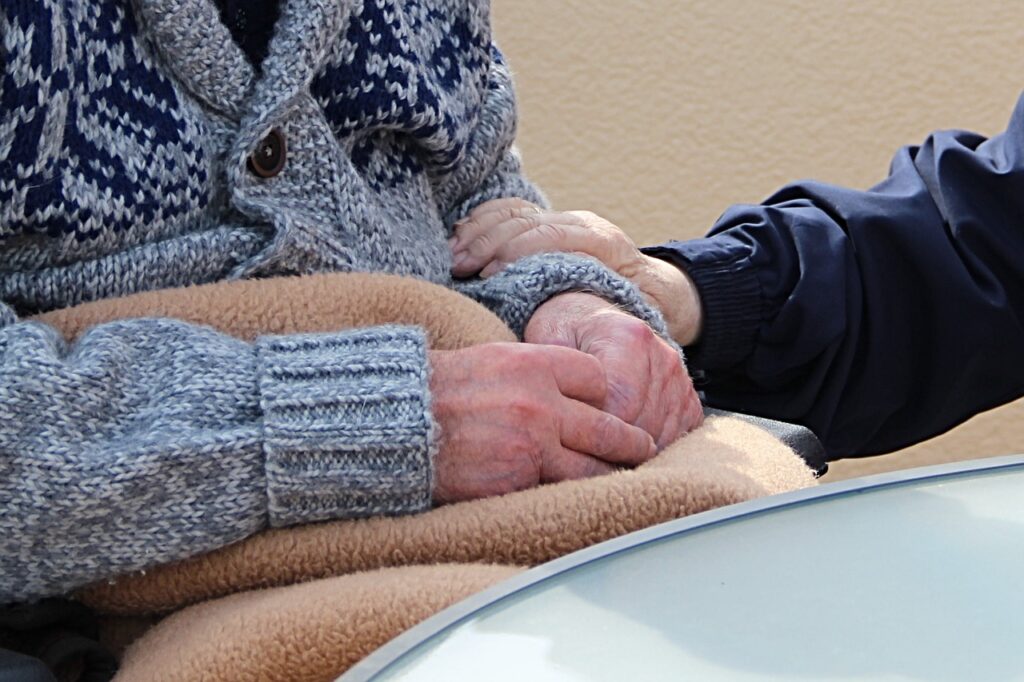 CASPER, Wyo. — House Bill 109 aims to establish a set of rules for electronic monitoring devices for use in “long-term care facilities” in Wyoming.

Since the Senate also adopted amendments on first reading, if they pass the bill on three separate readings, the bill would move back to the House for a concurrence vote.

Senate District 14 Senator Fred Baldwin explained the bill to his fellow senators, saying that electronic monitoring devices to allow families to check in on loved ones in nursing homes are becoming more common nationwide.

“Imagine, if you will that you have a loved one in a nursing home,” Baldwin said, noting that in some situations a loved one may be in a nursing home located far away from their relatives. “[Electronic monitoring] makes a way for you to be able to see them and perhaps converse with them.”

“That’s what this bill chiefly concerns.”

He added that the bill would direct the Wyoming Department of Health to develop a permission form that would be required before such devices could be installed in nursing homes.

He added that roommates of people in long term care facilities would also have to give permission for the use of such devices and that the facilities would be required to post notices that cameras are in use to make visitors aware.

Baldwin said that there are “very strict guidelines” which would allow courts to access footage from the cameras in certain situations.

He said that one purpose of the amendment was to distinguish the remote monitoring technology the bill would regulate from things like Skype or cellphones in nursing facilities and would also distinguish between cameras used in common areas of nursing homes from those in use in private rooms.

“The answer basically is no,” Scott said. “You might be able to with the consent of the institution.”

He said that nursing homes are concerned about privacy issues and have forced people to remove such devices from their facilities.

“They want a regulatory framework,” he said. “Until they get it, they’ll say no.”

The amendment to clarify which devices the bill would regulate was adopted by the Senate.

Baldwin explained a similar amendment which would define electronic monitoring devices in the bill as “a video camera or other surveillance instrument with a fixed position that captures, records, transmits or broadcasts audio, video or both and that is installed in a resident’s room and used for electronic monitoring of the resident and activities in the room.”

He said that this would restore a definition which was modified by an amendment in the House.

The Senate adopted this amendment.

Senate District 06 Senator Anthony Bouchard suggested an amendment that would give facilities the right to choose not to allow electronic monitoring devices in their facilities.

“Most of you know that I’m pretty passionate about the Second Amendment,” he said. “This is a bill where you have two opposing property rights.”

Bouchard said that in the United States, landlords can prevent people from allowing renters from keeping guns in their rental units, with the exception of four states.

He said that it should be left up to the free market whether facilities do or do not allow electronic monitoring devices.

Scott said that while the bill did relate to “a clash of various interests and rights,” the situation the bill aimed to address was “very different from a landlord-tenant situation.”

He noted that the ability of those people in nursing home to provide consent can be impaired. Scott also noted that roommates’t rights needed to be considered. A situation in which multiple different interests may conflict “is appropriate to have a regulatory framework,” Scott argued.

“I think this amendment probably does considerable damage to the bill,” he added.”This is a coming thing. We need to get ahead of it.”

Senate District 07 Senator Stephan Pappas also spoke against Bouchard’s amendment. He said that in many Wyoming towns, there may be limited nursing home facilities available.

Giving facilities the option to disallow the electronic monitoring devices could force people who want that option to put their loved ones in homes in other towns or cities.

“There is no option to move folks unless they move them out of town,” he said.

Senate District 15 Senator Wendy Schuler also opposed allowing nursing homes to refuse the devices, noting that she was aware of situations where there was “concern about some [nursing home] employees that were not handling patients in a good manner.”

The ability to monitor what is happening inside of nursing homes could help families ensure their loved ones are being properly cared for.

“It is not the facility’s home, it is that resident’s home,” he said.

Bouchard said that he understood that about “half homes want it, half homes don’t.”

“If it is a good thing, the rest would follow,” he said. “I haven’t heard a lot of testimony from individuals.”

He said giving facilities the option to refuse the use of such devices would be a good way to begin to explore what protections are needed in nursing homes, calling his proposal “a good baby step.”

“There is not a free market in nursing homes,” he said. “You have to establish to the regulatory authority that there is a need.”

He added that his own kids utilize similar technology to watch their children while at daycare, adding that the technology can ensure people are being treated properly.

Senate District 19 Senator R. J. Kost said that both his mother and mother in law have had to be placed in nursing homes.

“I think the people involved with their loved ones are the ones that need to have the right to say yes or no,” he said, saying he was against Bouchard’s amendment.

Bouchard said that he thought “the regulations we are imposing here are problematic,” calling for support from his fellow senators. However, the Senate rejected his amendment.

Scott said that while the bill may not be perfect, he thought the Senate should pass it so that they can begin to identify how a regulatory framework can be improved.

“The only way we are going to progress from here is to pass it and actually try it,” he said.