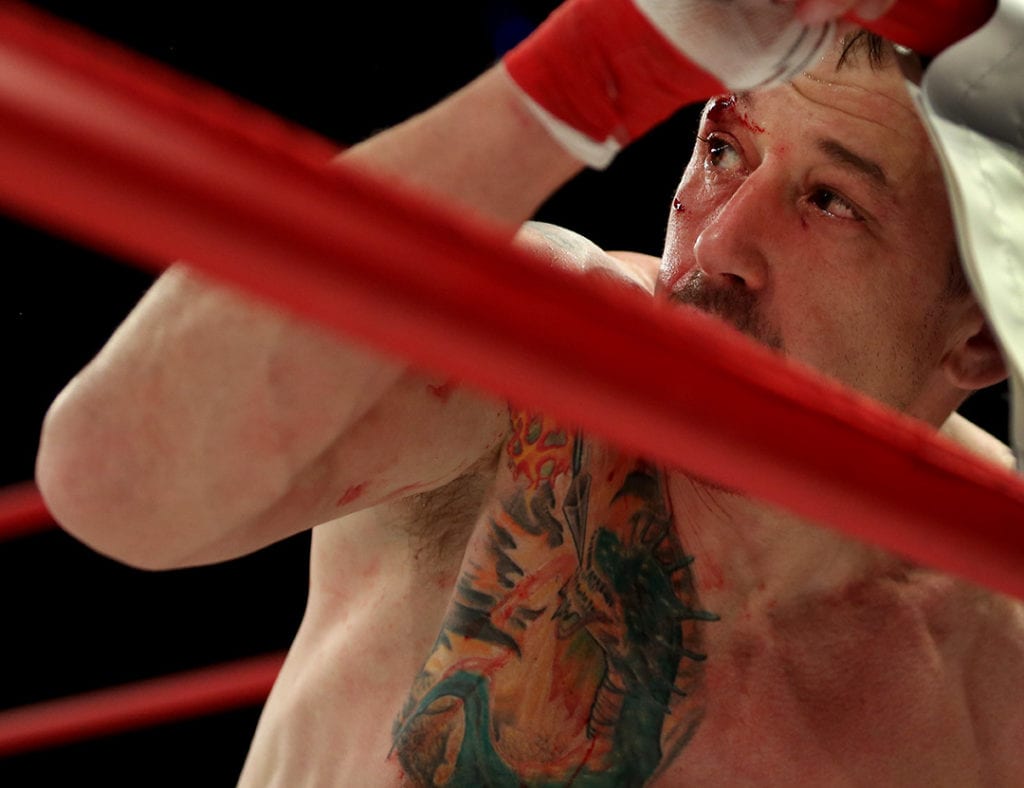 Fred Pierce looks up after falling during the 'Rise of the Titans' event on Friday, Nov. 9, 2018, at the Casper Events Center. (Dan Cepeda, Oil City)

CASPER, Wyo. — The Wyoming Senate passed a bill on third reading which would create a “Wyoming Combat Sports Commission.”

Since the House of Representatives have also passed the bill and there have been no amendments in either chamber, the bill will move to Governor Mark Gordon’s desk for consideration.

The commission would replace the State Board of Mixed Martial Arts. It would be comprised of three individuals appointed by the governor.

However, boxing matches could be held in Wyoming if a license is issued by another state if the commission approves.

The commission would oversee both mixed martial arts and boxing in the state. “Boxing” would include “boxing, sparring or any form of competition in which a blow is usually struck that may reasonably be expected to inflict injury and where the only authorized strikes are punches using padded gloves over the hands.”

The commission would be able to establish rules for licensing of boxing and mixed martial arts matches in the state.

“The commission shall have full power and authority to limit the number of mixed martial arts and boxing matches to be held or given by any person, club, organization or corporation in this state,” the proposed bill states. “No provision of this chapter shall prevent any incorporated city or town from prohibiting by ordinance any mixed martial arts or boxing match, provided that no match shall be held other than in compliance with this chapter.”

Amateur mixed martial arts and boxing matches that are not for profit would be exempt from the rules set out by the legislation.