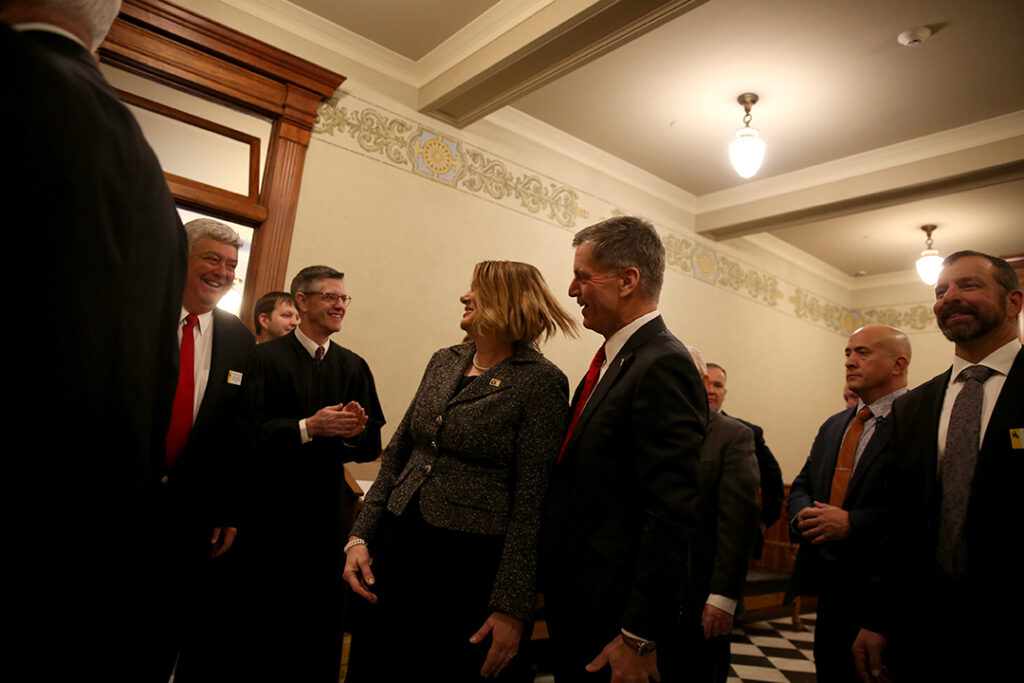 Jennie and Gov. Mark Gordon before the State of the State speech. (Dan Cepeda, Oil City)

CASPER, Wyo. ― Over fiscal years 2021 and 2022, Wyoming counties and municipalities will receive a share of $105 million in direct distribution dollars from the state.

The amount of each payment could change depending on the distribution formula described in the bill. Payments will be made on Aug. 15 and Jan. 15 of each fiscal year. The next fiscal year begins on July 1.