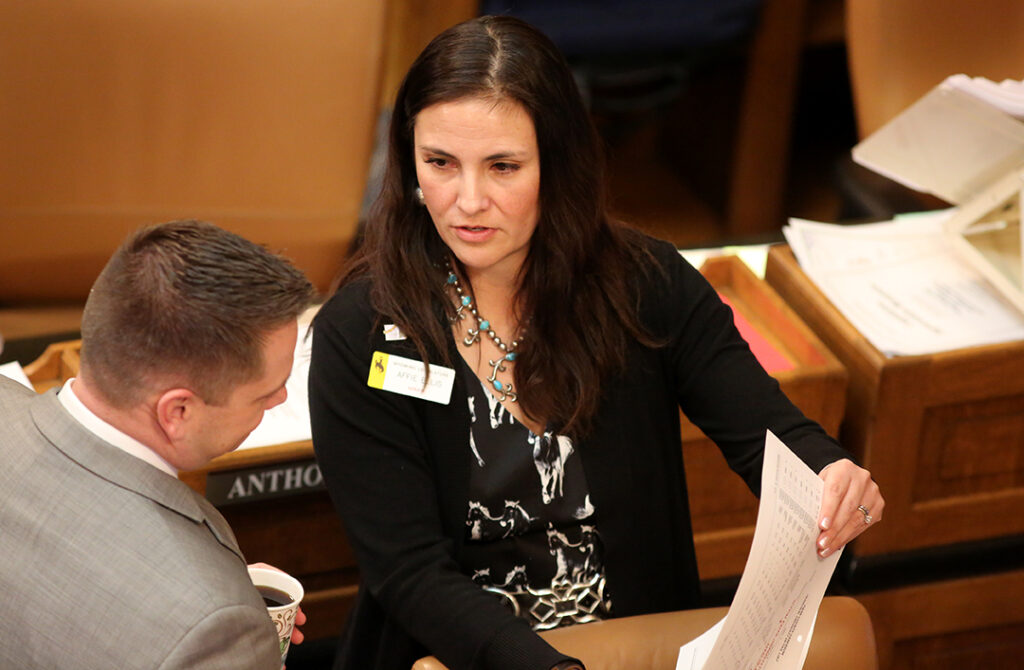 The bill would have created the position of state school nurse in Wyoming.

Senate District 26 Senator Eli Bebout said that while he recognized there were “probably” benefits to creating the position of a state school nurse, he had some concerns.

“We’ve talked a lot about the growth of government,” he said. “Do we really gain anything? We’re not looking at trying to grow government.”

The Wyoming Department of Education estimates that $158,150 would be needed to fund the state school nurse position annually. The bill would have required the department to utilize non-state funds for the position.

“No state funds will be used for this position,” Senate District 08 Senator Affie Ellis said. “Give the bill a chance. The [school] nurses want this.”

“They are dealing with more and more complex and chronic health conditions. They are looking for help.”

Ellis added that youth face a variety of health-related challenges which school nurses work to address. She said that the state school nurse would also help improve resource and information sharing across the state regarding things like the recent coronavirus outbreak.

“The school nurses did request this,” he said, saying they were looking for some guidance at the state level. “What they are requesting is some kind of coordination.”

Baldwin noted that the provisions of the bill would automatically expired on July 1, 2026.

Senate District 19 Senator R. J. Kost said he didn’t think a state school nurse would be an improvement over the existing system.

“Someone in Cheyenne is not going to have that. This is more of a loss of local control.”

Senate District 23 Senator Jeff Wasserburger said that he used to work at a junior high school in the state and that the school nurse, unlike other positions in the school districts, was relatively isolated in carrying out duties.

“She was on an island,” Wasserburger said. “This helps [school nurses] have some leadership at the state level. I just hope that we can start with this. There are no state dollars here. I think we will see a lot better healthcare for our students.”